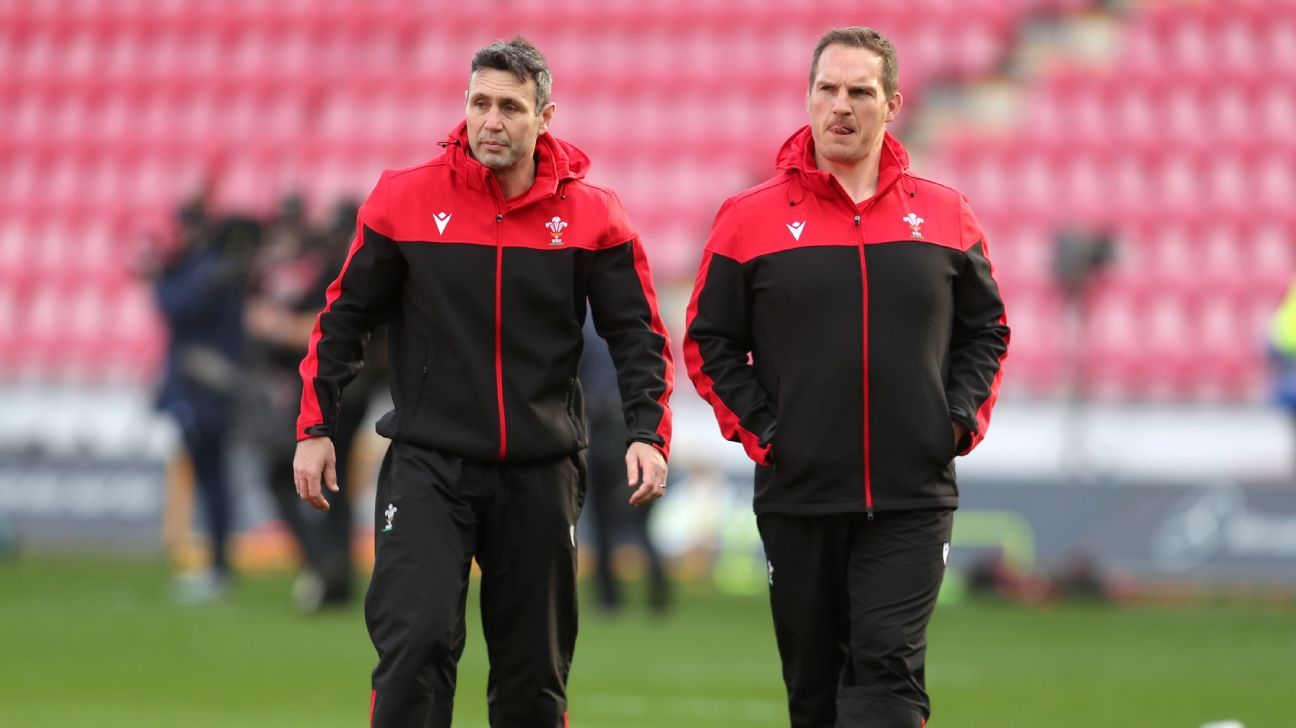 Wales coaches Gethin Jenkins and Stephen Jones have left their roles with the national team as new boss Warren Gatland is set to freshen up his backroom team ahead of the Six Nations starting in February.

Gatland succeeded Wayne Pivac as Wales head coach earlier this month to rejoin the team he enjoyed a 12-year spell with from 2007-2019.

The 59-year-old has opted to keep forwards coach Jonathan Humphreys and kicking coach Neil Jenkins in his coaching staff.

The Welsh Rugby Union (WRU) said in a statement that their search to replace Jenkins and Jones is underway and they expect to have the roles filled by January.

“We are delighted that both Jonathan and Neil will stay on and be a part of Warren’s new team,” WRU CEO Steve Phillips said.

“The very nature of a change-over at the helm of a national team brings with it the possibility for change and evolution elsewhere in the back room staff.

“I know both Stephen and Gethin understand this part of the process and they should be commended for the good grace with which they have accepted the decision.

“That means giving our maximum support as Warren seeks to build the right team around him — with the right blend of skills and character to suit his own style — to achieve success for Wales in the short amount of time available and we look forward to making further positive appointments in the New Year.”

This article was originally published by Espn.co.uk. Read the original article here.