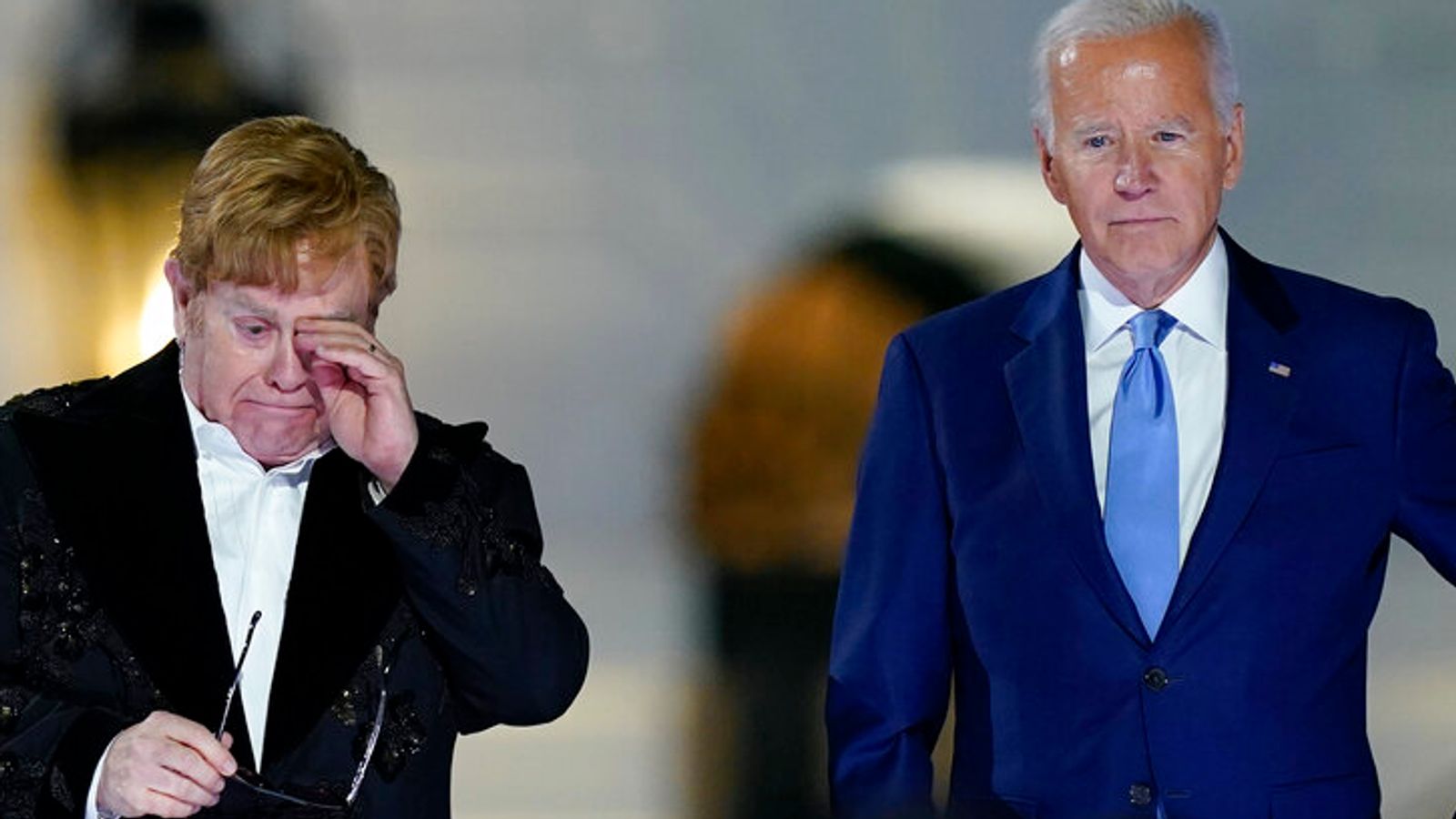 Sir Elton John has played for Joe Biden and about 2,000 fans on the White House lawn as part of his farewell tour, with the singer in tears as the president awarded him a medal.

Introducing the star, Mr Biden said: “Like so many Americans, our family loves his music. It’s clear Elton John’s music has changed our lives.”

The president said in his 2017 book that he sang Crocodile Rock to his son Beau when he was a child, and again when he was dying of cancer.

Sir Elton performed the song at Friday’s gig, as well as tracks such as Tiny Dancer, Rocketman and Your Song.

Nurses, teachers, emergency services workers and LGBTQ activists were among the audience at the show, intended to honour what the White House called “everyday heroes”.

The singer, 75, said the performance was the “icing on the cake” of his decades-long career.

Elton had previously declined to play for former president Donald Trump’s inauguration but appeared in his element at Friday’s gig.

And there was a surprise too – with President Biden awarding him the National Humanities Medal.

“I’m flabbergasted,” said a tearful Sir Elton. “I will treasure this.”

“I don’t know how to take a compliment very well,” he added.

“But it’s wonderful to be here amongst so many people who have helped my AIDS foundation and my heroes, the ones that work day to day on the front line.”

In between songs, Elton gave shout-outs to the likes of ex-president George W Bush for his administration’s plan to tackle AIDS – and former first lady Laura Bush was in the audience.

The singer’s foundation has raised more than £400m to combat the virus around the world since being set up in 1992.

Elton is in the middle of a farewell tour that includes a show in Washington on Saturday and gigs across America until mid-November.

It heads to Australia and New Zealand at the end of the year before heading to Europe in March – where dates include nine days at London’s O2 Arena.