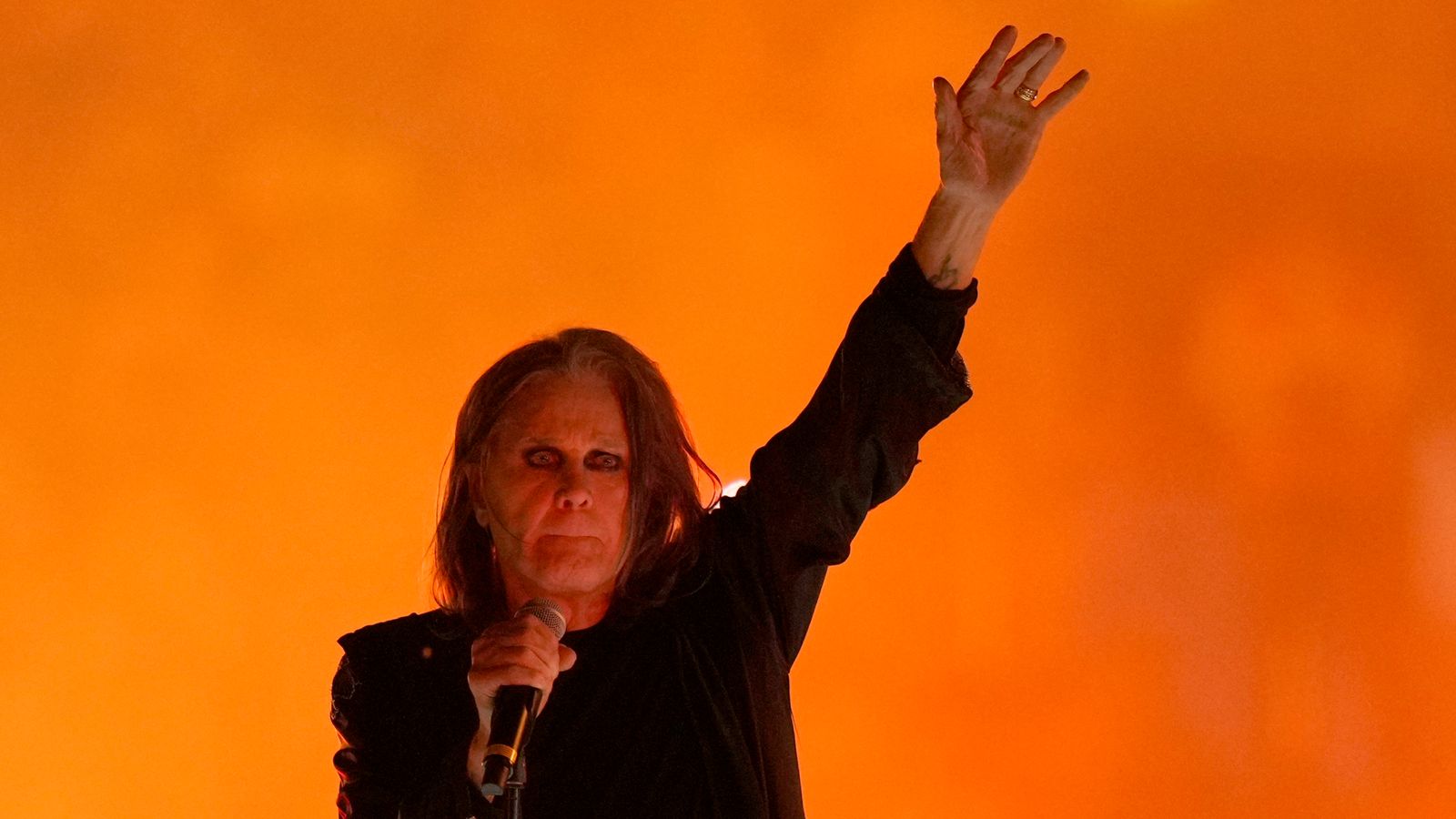 Ozzy and Sharon Osbourne are moving back to the UK.

The 73-year-old rock star lives in LA but says he’s “fed up” with the number of mass shootings in America.

Sharon and Ozzy, who married in 1982, have lived in Beverley Hills with their three children for more than 25 years.

The Birmingham-born star also told the Observer he does not want to die in the US and be buried in Forest Lawn, the California cemetery favoured by many celebrities.

Hollywood film stars including Clark Gable, Elizabeth Taylor and Humphrey Bogart are all buried there.

Ozzy said: “Everything’s f****** ridiculous there. I’m fed up with people getting killed every day. God knows how many people have been shot in school shootings.

“And there was that mass shooting in Vegas at that concert… It’s f****** crazy.”

“I’m English. I want to be back. But, saying that, if my wife said we’ve got to go and live in Timbuktu, I’ll go.

‘Nothing united’ about America

Ozzy was last back in the UK earlier this month, when he delighted fans with a surprise appearance at the closing ceremony at the Commonwealth Games.

In 2020, he revealed that he had Parkinson’s. He had been diagnosed with the degenerative disease in 2003.

However, Sharon said their decision to move back to the UK has nothing to do with his diagnosis.

She said: “I knew people would think that. It’s not. It’s just time. America has changed so drastically.

“It isn’t the United States of America at all. Nothing’s united about it. It’s a very weird place to live right now.”

The couple have previously said that increasing taxes in the US could force them to come back to the UK.

In preparation for their return to their 120-year-old Grade II listed mansion in Buckinghamshire, they have dug a swimming pool, installed air-conditioning and built a studio for Ozzy to make music.

They say they will come back in February next year.

Ozzy – who has been dubbed the Prince of Darkness – was lead vocalist of heavy metal band Black Sabbath, which he formed in 1969 alongside guitarist Tony Iommi, bassist Geezer Butler and drummer Bill Ward.

In the early 2000s, they welcomed MTV cameras into their home, resulting in the hit reality show The Osbournes, which made Ozzy famous with a whole new generation, along with Sharon and their youngest two children, Kelly and Jack.

The show featured some of the family’s major life-events, including Sharon’s battle with cancer and the aftermath of Ozzy’s 2003 near-fatal quad-bike accident.

Quick Charge Podcast: October 1, 2022
Nest Renew is now available to anyone in the US; ‘Energy Shift’ optimizes renewable energy use
Russian pipeline leaks spark climate fears as huge volumes of methane spew into the atmosphere
Fiscal watchdog to deliver mini-budget forecast after rare meeting with PM
This is how we readied the Club portfolio for the big OPEC+ production cut