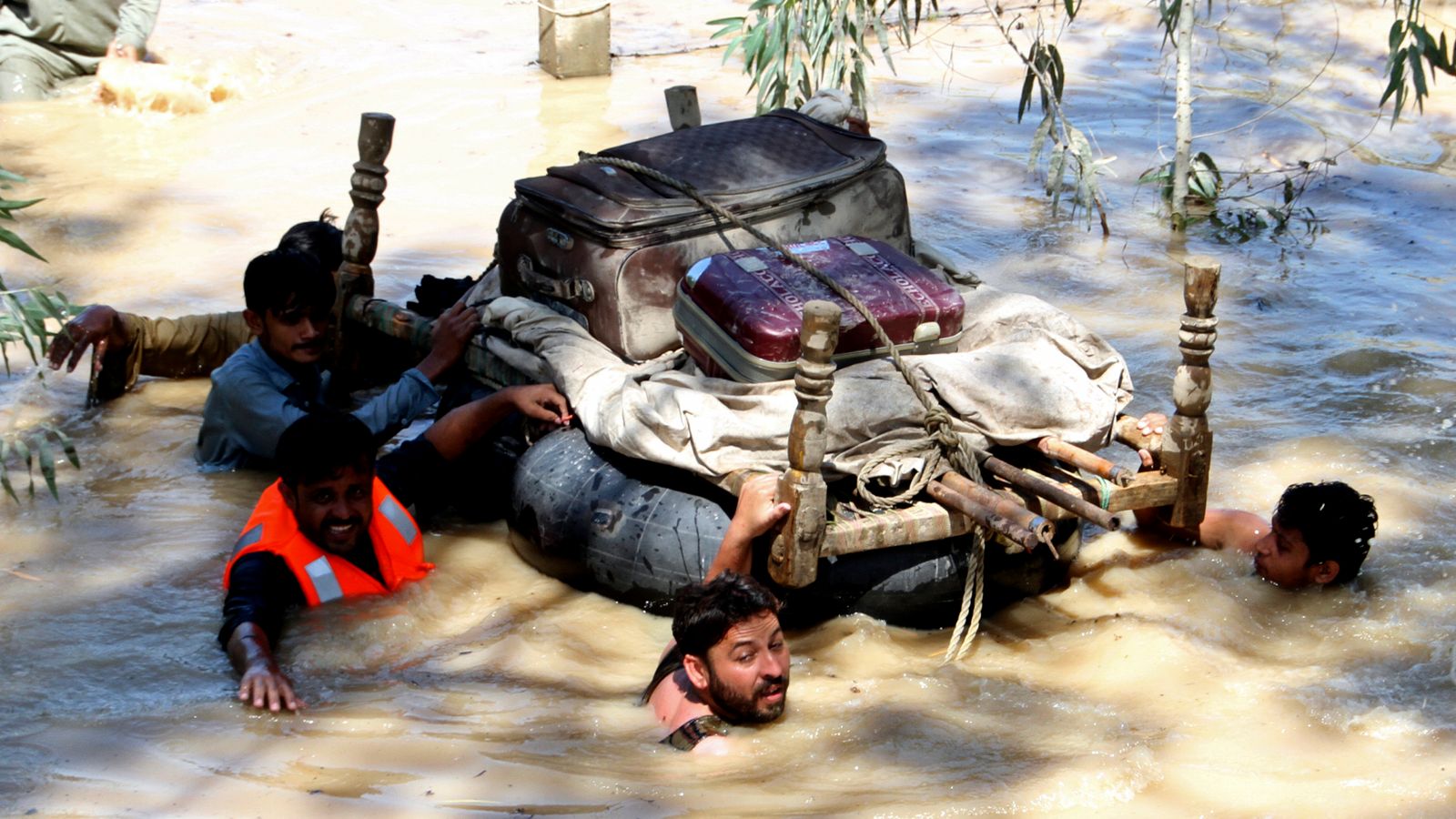 Widespread floods in Pakistan that have killed more than 1,000 people since mid-June may not have reached their peak yet, experts have warned.

All four of the country’s provinces have been hit by the unusually heavy rains, with over 30 million people affected.

Flash floods have swept away villages, crops, and 800,000 livestock, as soldiers and rescue workers evacuated stranded residents to relief camps and provided food to thousands of displaced Pakistanis.

Nearly 300,000 homes have been destroyed, numerous roads are impassable, and there have been widespread electricity outages.

Peter Ophoff, from the International Federation of Red Cross and Red Crescent Societies, told Sky News: “The monsoon season should have stopped by the end of July. We are now in the end of August, and we still have very heavy rain. Many people are thinking that we haven’t reached a peak yet.”

The number of dead reached at least 1,061 people after new fatalities were reported in several different provinces.

Flooding from the Swat River hit Khyber Pakhtunkhwa, where tens of thousands of people – particularly in the Charsadda and Nowshehra districts – have been evacuated from their homes to camps in government buildings.

Sherry Rehman, Pakistan‘s top climate official, said in a video on Twitter that her country was experiencing a “serious climate catastrophe, one of the hardest in the decade”.

She said: “We are at the moment at the ground zero of the frontline of extreme weather events, in an unrelenting cascade of heatwaves, forest fires, flash floods, multiple glacial lake outbursts, flood events, and now the monster monsoon of the decade is wreaking non-stop havoc throughout the country.”

Peter Ophoff also told Sky News: “The situation in Pakistan is dire. We are experiencing the worst floods in decades.

Foreign minister Bilawal Bhutto-Zardari said Pakistan needs financial help to deal with “overwhelming” floods and many crops that provided livelihoods to a large proportion of the population had been wiped out.

The International Monetary Fund board will decide this week whether to release $1.2bn (£1bn) as part of the seventh and eighth tranches of Pakistan’s bailout programme, which it entered in 2019.

He said: “Going forward, I would expect not only the IMF, but the international community and international agencies to truly grasp the level of devastation.” 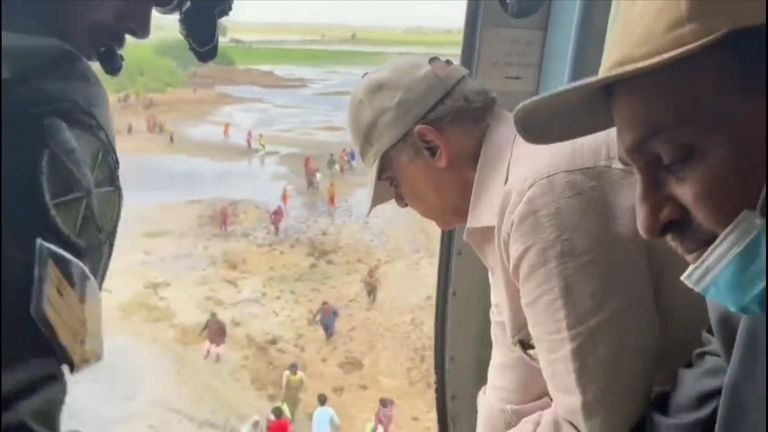 Meanwhile, the Pakistani army said it airlifted 22 tourists who were trapped in a valley in the country’s north to safety.

Fraudster ‘made $1m by impersonating Hollywood bosses’
Panelists spar over campaign audience members
Native American accepts apology from Oscars after abuse in 1973
‘Moved beyond measure’: King issues message of thanks to nation on the eve of Queen’s funeral
Cockpit video shows moment jet strikes bird and plummets to ground