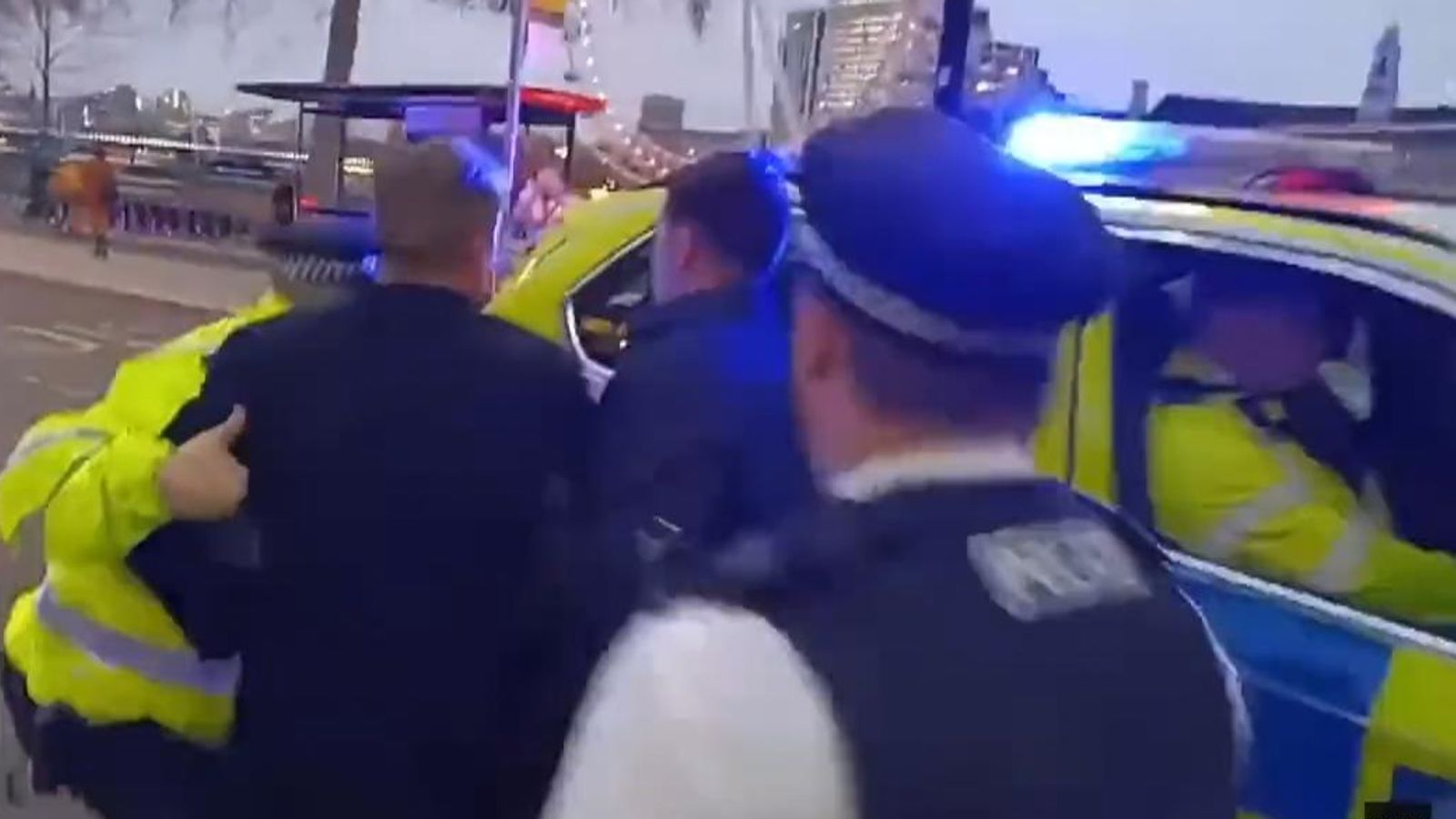 Labour leader Sir Keir Starmer has been bundled into the back of a police car after being confronted by protesters shouting “traitor” and “Jimmy Savile” at him.

In video footage posted on social media, the Labour leader was seen walking near to parliament surrounded by police officers while being mobbed by a group.

At one point in the footage, a member of the group surrounding Sir Keir – some of whom were protesting against COVID restrictions – shouted: “Why did you let Jimmy Savile off?”

Moments later, Sir Keir was led to a nearby police car before being driven away at speed with the vehicle’s lights flashing.

Conservative MP Julian Smith, who served as a cabinet minister under Mr Johnson, posted on Twitter: “What happened to Keir Starmer tonight outside parliament is appalling.

“It is really important for our democracy and for his security that the false Savile slurs made against him are withdrawn in full.”

“What we say & how we say it echoes out far beyond parliament. It can have serious real world consequences.

“Elected representatives have a responsibility to lower the temperature of debate, not add fuel to the fire.”

Liberal Democrat leader Sir Ed Davey tweeted: “These are shocking images. Sending all my best to Keir, his team and his family.

Labour MP Chris Bryant, the chair of the House of Commons standards committee, said: “This is what happens when a prime minister descends into the gutter and recycles lies from hard-right conspiracy theorists.

“Political poison has an effect. Johnson has no moral compass.”

Sadiq Khan, Labour’s London mayor, expressed his “solidarity” with Sir Keir and shadow foreign secretary David Lammy, who was walking with the Labour leader at the time of the incident, as he thanked the police for their actions.

“This is what happens when fake news is amplified and given credibility by people who should know better,” Mr Khan added.

A Labour source revealed Sir Keir was back at his desk straight after the incident and was due to play in a five-a-side football game on Monday night.

“Nothing gets between Keir and football,” they said.

The mob who harassed Sir Keir Starmer outside Parliament has done Boris Johnson no favours.

The ugly scenes have dramatically re-opened the row over the PM’s Jimmy Savile jibe against the Labour leader a week ago.

As well as an angry backlash from senior Conservative MPs, it provoked a rift with Chancellor Rishi Sunak and caused the resignation of Number 10 policy chief Munira Mirza.

So, straightaway, here’s a challenge for the PM’s new chief of staff Steve Barclay and spin doctor Guto Harri.

Inevitably, the mob confronting Sir Keir means comparisons are already being made between the PM’s inflammatory words about Sir Keir and Donald Trump’s urging of protesters to storm the Capitol building last January.

The PM’s friends and foes are now saying the only option is for him to make a full apology in the Commons. But that’s not in his nature.

For him, sorry seems to be the hardest word.

The Metropolitan Police said in a statement: “Shortly after 5.10pm on Monday, February 7, a man who had been surrounded by a group of protesters near to New Scotland Yard, was taken away from the scene by a police car.

“A man and a woman were arrested at the scene for assault of an emergency worker after a traffic cone was thrown at a police officer.

“They have been taken into custody.”