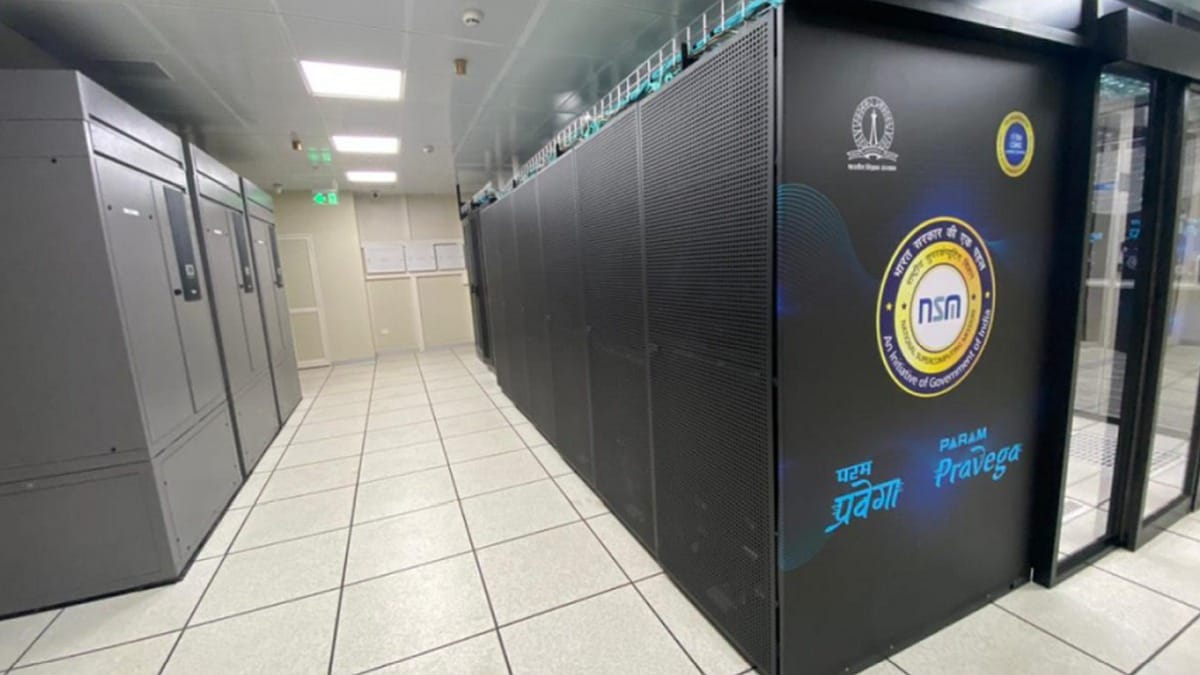 As per an announcement by Indian Institute of Science (IISc), the prominent educational institution has successfully installed and commissioned a new supercomputer — Param Pravega. As mentioned, the new supercomputer has a total computing capacity of 3.3 petaflops. Param Pravega has been designed by the Centre for Development of Advanced Computing (C-DAC).

Regular CPU nodes get 2.9GHz Intel Xeon Cascade Lake 8628 CPUs in a two-socket configuration that has 48 cores, 192GB RAM, and 480GB SSD per node. Param Pravega consists of 428 regular CPU nodes. High-memory CPU nodes have 768GB of RAM per node and there are 156 such nodes in IISc’s supercomputer.

There are 40 GPU nodes in Param Pravega with 2.5GHz Intel Xeon G-6248 CPUs with similar RAM and storage configuration as the regular CPU nodes. The GPU of each node consists of two 16GB Nvidia V100 Tesla (HBM2 device memory) GPUs.

Param Pravega gets a space of 4 petabyte via high-speed parallel Lustre filesystem with a throughput speed of 100GB per second. The supercomputer runs Linux OS, based on CentOS 7.x distribution. The system also gets CUDA and OpenAAC SDKs to use on GPU nodes. Param Pravega also has mathematical, scientific, and application libraries like Intel-MKL, GNU Scientific library, HDF5, NetCDF, and a range of Python-based mathematical and data manipulation libraries.

This is not IISc’s first supercomputer. It acquired SahasraT in 2015 and was the fastest supercomputer in India at the time. IISc has used SahasraT for research on COVID-19 and other infectious diseases. Many of the research conducted using SahasraT comprise simulation of turbulent flows for green energy technologies, climate change and its associated impacts, among others. IISc aims to amplify such research with Param Pravega.

PM plans to ban Channel migrants from appealing deportation
Treatment of Vinicius is only encouraging racist abuse
Sunak survives first 100 days, but there is little warm glow around leadership | Beth Rigby
Nissan unveils convertible EV concept, a category it should’ve been producing a decade ago
NHS Crisis: 27 hours for a bed