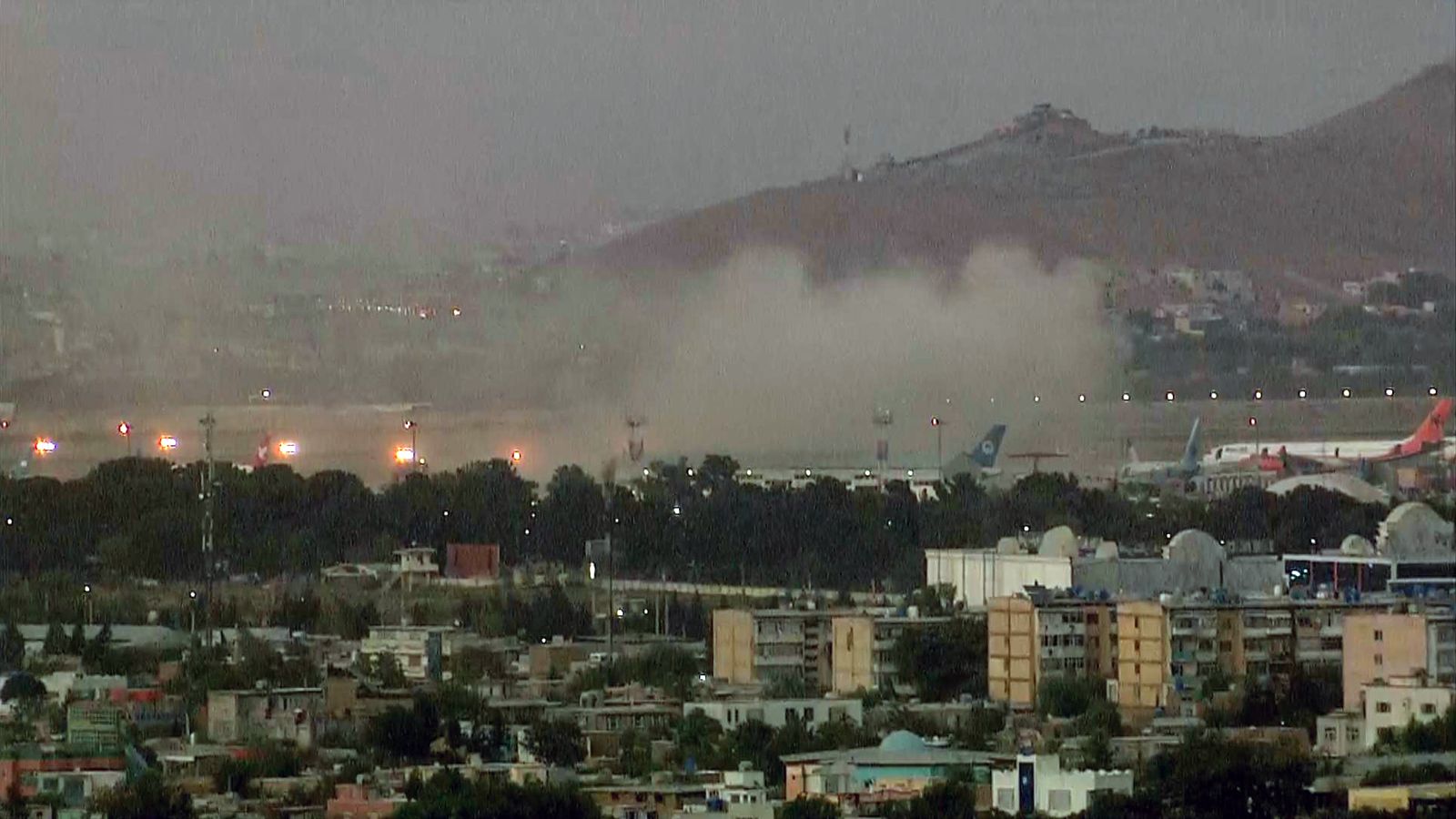 A suicide bomber who targeted Kabul airport during an evacuation mission in Afghanistan acted alone, a US investigation has found.

The attacker, carrying 20 pounds of explosives packed with ball bearings, blew himself up at Abbey Gate outside the airport on 26 August last year.

At the time, the UK, US, and other nations were carrying out an evacuation mission for thousands of citizens in the country after the Taliban takeover.

More than 170 Afghans and 13 US service members were killed in the attack, which the investigation ruled as “unpreventable”.

The Pentagon said those who died had wounds that were “so catastrophic” that they could not be overcome.

“A single, explosive device killed at least 170 Afghan civilians and 13 US service members by explosively directing ball bearings through a packed crowd and into our men and women at Abbey Gate,” said General Frank McKenzie, head of US Central Command.

“The disturbing lethality of this device was confirmed by the 58 US service members who were killed and wounded despite the universal wear of body armour and helmets that did stop ball bearings that impacted them, but could not prevent catastrophic injuries to areas not covered.”

While outlining the report’s findings, military officials showed a number of videos of the chaos at the gate at the time of the bombing.

One clip shows a glimpse of a single person dressed in all black standing between two Marines, followed by the sound of an explosion and a cloud of black smoke rising from the area.

Three service members who were standing on a short wall looking over the crowd to identify potential evacuees were just 10ft from the blast and were killed.

Longer videos show service members and others rushing to treat the wounded while civilians ran away.

Marines cut holes in the adjacent fence so they could get to triage areas more quickly.

But they struggled through a fog of tear gas that enveloped the area when the bomb fragments punctured the cannisters troops carry.

Within 20 minutes all of those killed or wounded were moved to a triage site, the investigation’s findings stated.

It also found the bomber likely bypassed the Taliban, who did not appear to know of the attack, and other security checkpoints to reach the gate.

“Based upon our investigation, at the tactical level this was not preventable,” said Brigadier General Lance Curtis, who led the investigation.

He added that military leaders on the ground in Kabul followed proper security measures, at times closing the gate or pausing the processing of evacuees.

Following the explosion, gunfire was heard, which investigators concluded came from warning shots by US and British troops.

Overall the US-led coalition evacuated about 126,000 people in about three weeks, and troops left Afghanistan for the last time at about midnight on 30 August.