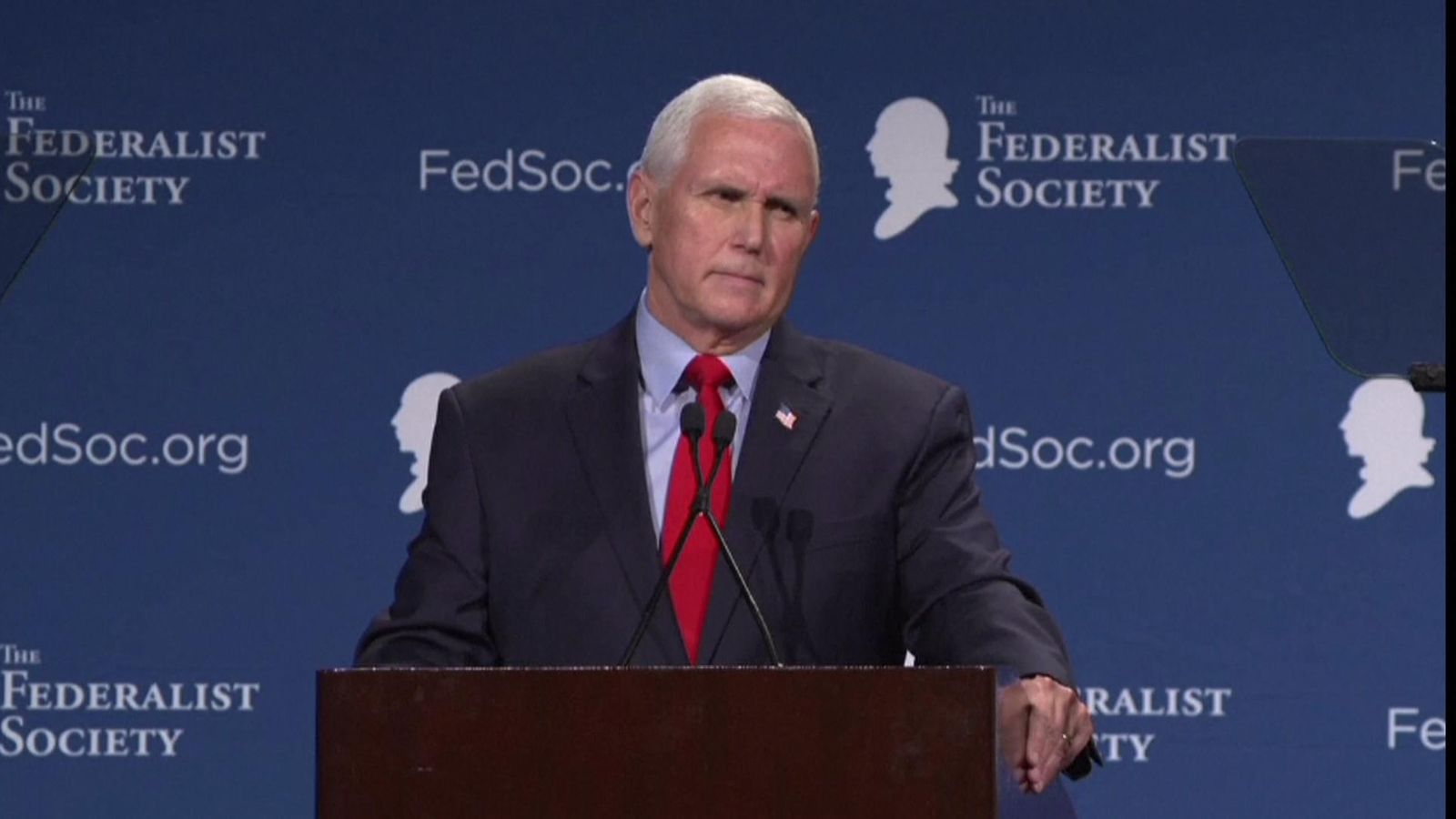 Former US vice president Mike Pence has dismissed claims made by Donald Trump that he could have overturned the result of the 2020 election.

In a strong rebuttal on Friday night, Mr Pence said it was “wrong” for Mr Trump to suggest that he could have prevented Joe Biden from being elected to the White House.

During a speech at the conservative Federalist Society in Florida, the Republican politician said: “President Trump is wrong. I had no right to overturn the election.”

His remarks come after Mr Trump suggested on Tuesday that the committee investigating the attack on the Capitol should instead probe “why Mike Pence did not send back the votes for recertification or approval”.

Mr Pence has previously defended his actions on 6 January 2021, after Mr Trump had claimed that the vice president had the authority to overturn the election results.

He said that he and Mr Trump will never see “eye to eye” on what happened that day but his remarks in Florida mark the most forceful rebuttal of the former president’s claims to date.

Vice presidents play a ceremonial role in the counting of the Electoral College votes, and any attempt to interfere in the count would have represented a huge break in precedent and norms.

It comes as Mr Pence has seemingly been laying the groundwork for a potential run at the presidency in the 2024 elections.

If he was to run, Mr Pence could come up against his former boss, who has said that he might stand again.

During a rally in Texas on Sunday, Mr Trump said that he would pardon supporters who took part in the Capitol riots if he returns to the White House in 2024.

“If I run and if I win, we will treat those people from January 6th fairly,” Mr Trump said on Saturday night at a rally in Conroe, Texas.

“And if it requires pardons, we will give them pardons because they are being treated so unfairly.”

Charging patients who can afford it – or free for all? The future of the NHS is under debate
Met Police says two to three officers will face charges every week for months
Tyre Nichols’ mother says she’s ‘not going to stop’ until those responsible for son’s death face justice
Wheel-E Podcast: Ride1Up’s SUPER73, ‘New Rad’, teeny tiny e-cars & more
Missing couple and newborn baby sleeping in tent in sub-zero temperatures, police say