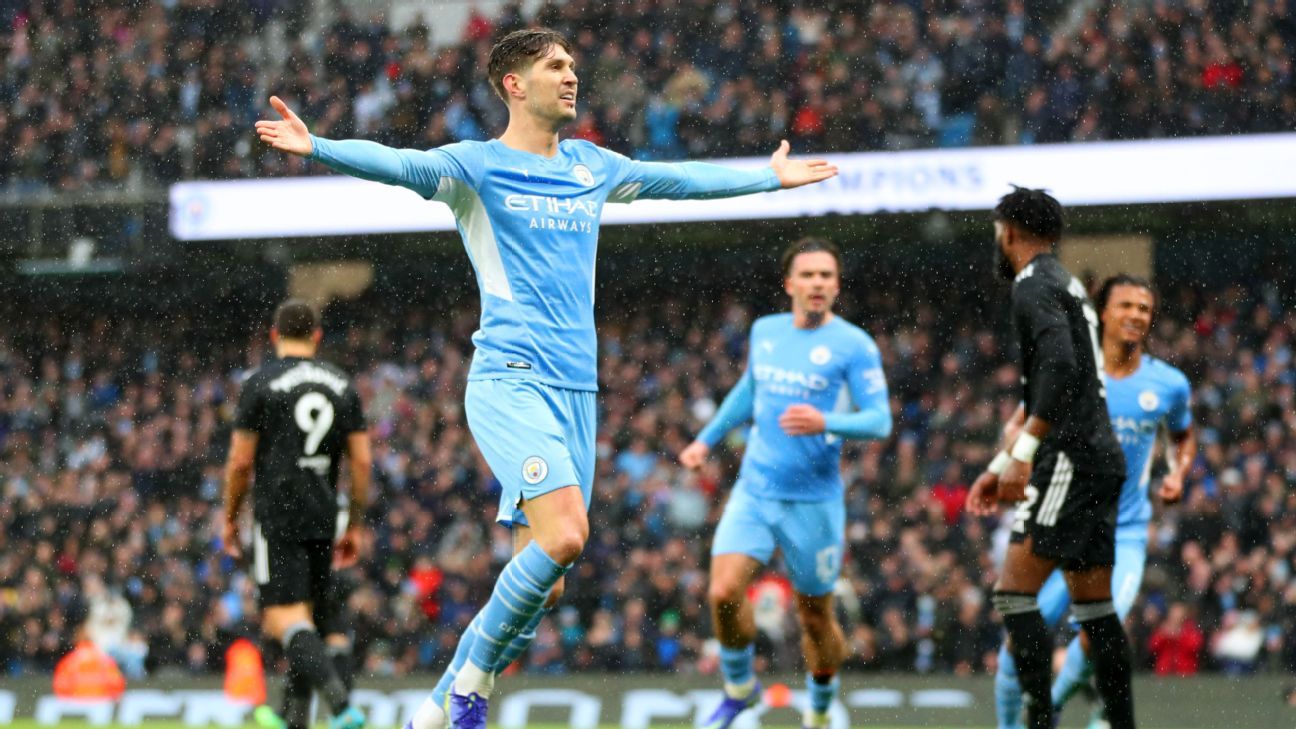 And so, while Manchester United were dumped out of the FA Cup by Middlesbrough and both Chelsea and West Ham were made to struggle past Plymouth Argyle and Kidderminster Harriers, Pep Guardiola’s team allowed Fulham to dream for all of 92 seconds.

That was the time it took for Ilkay Gundogan to equalise after Fabio Carvalho, so close to joining Liverpool on deadline day, had put the Championship leaders ahead in the fourth minute at the Etihad Stadium on Saturday. John Stones scored with a header soon afterwards before a double from Riyad Mahrez in the second half, one a penalty, completed a comfortable 4-1 victory.

“If you don’t want to believe me, don’t believe me, but I know which team we faced and which team we beat,” Guardiola said after the match. “They are one of the most scoring teams in Europe. A top side, incredible team and if they continue playing that way they will play in the Premier League next season.

“We had to fight and run and defend well. After two weeks off, it’s always a mystery what you find but I’m very pleased to be in the next round because this round showed us how difficult the FA Cup is — many surprises.”

There was a time not so long ago when a cup draw against lower league opposition would have had some City fans fearing the worst.

The “Typical City” tag — a moniker used through the 1980s, 1990s and early 2000s to describe their knack of always finding a way of disappointing their supporters — is long gone, replaced by a ruthlessly efficient winning machine built by Abu Dhabi and fine-tuned by Guardiola.

Typical City means something different now, and in swatting aside Fulham they were Guardiola’s version of of the nickname. Fulham couldn’t cope with the movement and intricate passing of Kevin De Bruyne, Phil Foden, Jack Grealish and Mahrez, and by the end they were reduced to dutifully lining up in their rows of black shirts and hoping for the best. City finished with four goals but it could easily have been more.

When Carvalho was substituted five minutes from time he walked off with his cheeks puffed out as if he and his teammates had been shell-shocked by the experience.

“We started the game like we planned and showed we wanted to match them, but the boost of confidence we got from the goal we lost straight away,” said Fulham manager Marco Silva. “I think everyone in the stadium knew Fulham were here.

We knew before the match how difficult the task would be. They create some problems to us like they do to all the teams. They have this quality on the ball and at the end they deserve to keep in this competition.”

Fulham have scored 74 goals in 28 Championship games this season and 23 in their last five, but City have learned to squeeze the life out of even the most attacking teams. Silva’s players found out very quickly there’s not much you can do if you don’t have the ball.

After Carvalho’s early goal, the visitors managed just three more shots on target. United States goalkeeper Zack Steffen, making his sixth start of the season, watched most of the 90 minutes being played out at the other end. The job of City goalkeeper can be a lonely one these days.

“We defend without the ball of course but we are confident defending with the ball,” said Guardiola. “I’m very pleased. The best way to defend is to attack well. I know how tough the game was today — I am not exaggerating.”

And so City go marching on. Nine points clear at the top of the Premier League table, into the last 16 of the Champions League and now into the fifth round of the FA Cup. They have reached at least the semifinals in each of the last three seasons and are favourites to lift the trophy at Wembley in May for good reason.

Still only in February, it already feels like the conversation around City’s season is not whether they’ll win something but how much silverware they’ll collect. In five full seasons under Guardiola, they’ve won eight major trophies, and the expectation is that number will have increased by the end of the current campaign.

City will attack the FA Cup with the same vigour as they will the Premier League and Champions League — just ask Fulham. The only upset will be if they don’t win it.

Why is the UK economy predicted to perform so badly?
Weird Alibaba: You can literally buy a 10 ft. long rideable electric dinosaur
‘Coming very soon!’: Jeremy Renner shares image of new show which will be out ‘as soon as I’m back on my feet’
Meta shares rocket 20% on solid earnings: Analyst sees ‘enticing’ valuation
‘A catapulted, catalytic opportunity to grow again’: The UFC’s return to Australia is not before time