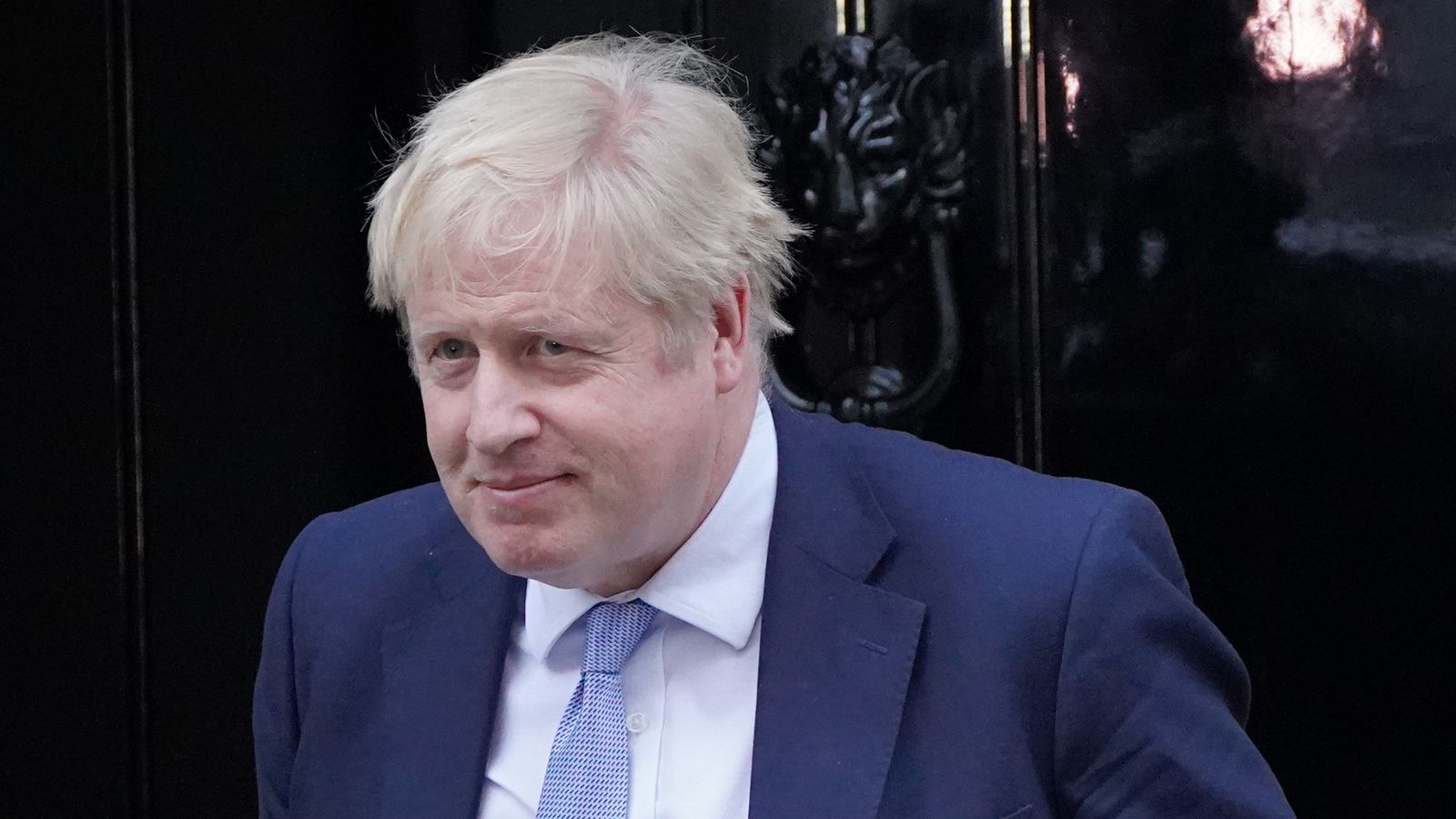 Downing Street has refused to comment on reports a picture of Boris Johnson holding a beer at a birthday party in Number 10 during lockdown has been handed to the Metropolitan Police’s investigation.

According to the Daily Mirror, the photo shows the prime minister standing next to Chancellor Rishi Sunak, who is holding a soft drink, in Number 10’s cabinet room.

Sources told Sky News they remember Mr Johnson holding a beer at the event on 19 June 2020, his 56th birthday.

At the time, social gatherings indoors were still forbidden, with people only permitted to meet outside in groups of up to six people.

A No 10 spokesman refused to comment, but pointed towards previous comments made about the ongoing investigation.

Downing Street has previously said: “It is right the Met should be now given the time and space to undertake their investigations. It will provide the public with welcome clarity and help draw a line under these events and everyone required will fully co-operate in any way they are asked.”

On Monday, top civil servant Sue Gray revealed the gathering is being looked into by the Metropolitan Police as part of their investigation into the “partygate” scandal.

The photo is thought to be one of more than 300 pictures submitted by Ms Gray to the police following her own inquiry into 16 events alleged to have broken lockdown rules.

There was confusion last week after Tory minister Conor Burns said Mr Johnson was “ambushed by a cake” at the gathering, but then the PM told allies he did not have a cake.

In the photo, aides are understood to be gathered around Mr Johnson and Mr Sunak – but there is no cake.

The Mirror reports that the photo was taken by the PM’s official photographer, Andrew Parsons. A source told Sky News that he “was always ferreting around taking snaps”.

Mr Sunak was reported to have come to the cabinet room for a COVID meeting with the PM when he was met with the gathering.

He is understood to have turned up at the end when very few people were still there.

Carrie Johnson, the PM’s wife, reportedly organised the surprise complete with a chorus of “happy birthday” – and interior designer Lulu Lytle admitted attending while carrying out controversial work on their Downing Street flat.


Multiple images taken by Mr Parsons are believed to be part of the 300 pictures given to the Met.

Others are taken from CCTV cameras showing people entering and exiting Downing Street and Whitehall buildings.

A No 10 spokeswoman last week said: “A group of staff working in Number 10 that day gathered briefly in the cabinet room after a meeting to wish the prime minister a happy birthday.

“He was there for less than 10 minutes.”

It comes as the number of Tory MPs who have handed in letters of no confidence in the PM continues to grow, with former schools minister Nick Gibb the latest to reveal he has done so.

Mr Johnson has also seen five of his aides quit.