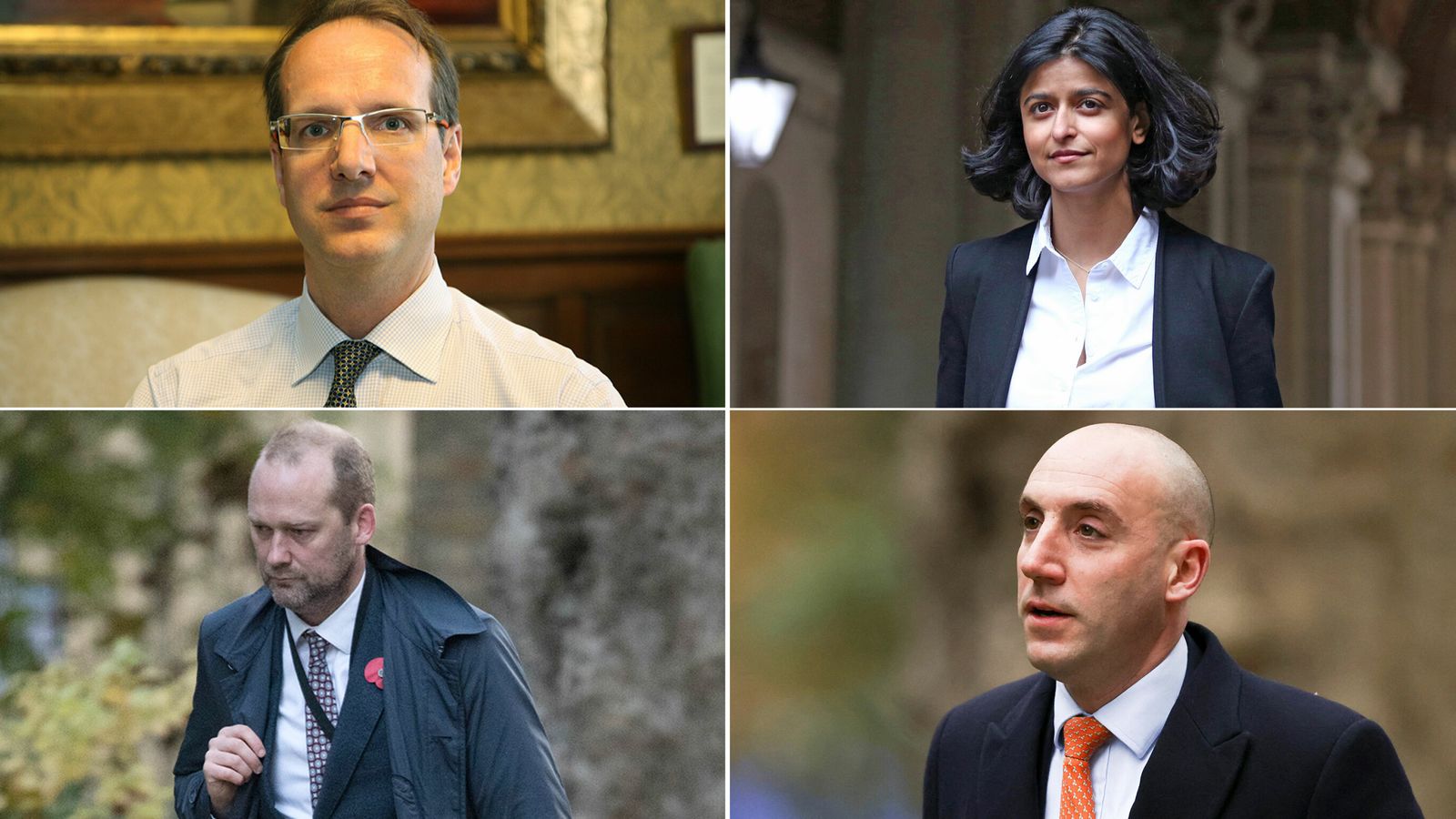 Two more senior officials are leaving Number 10 in an apparent mass exodus from Downing Street amid the fallout from the partygate scandal.

The prime minister had this week promised a shake-up of Number 10 following the publication of senior civil servant Sue Gray’s report into the partygate claims.

But it has been speculated that Mr Johnson was forced to bring forward his plans following the surprise departure of Ms Mirza.

She quit over the prime minister’s use of a discredited claim that Sir Keir personally failed to prosecute prolific sex offender Savile.

Departure of aide who sent ‘bring your own booze’ invite

Both Mr Rosenfield and Mr Reynolds have been caught up in the multiple allegations of lockdown-busting parties in Downing Street.

Amid the various claims, a leaked email revealed how Mr Reynolds had invited staff to a “bring your own booze” gathering in the Downing Street garden during the UK’s first national lockdown in May 2020.

Number 10 said Mr Rosenfield and Mr Reynolds, who will return to the Foreign Office, would continue in their roles while their successors are appointed.

A Downing Street spokesperson said the prime minister had “thanked them both for their significant contribution to government and No 10, including work on the pandemic response and economic recovery”.

Earlier on Thursday, it was confirmed Mr Doyle had left his role as Number 10’s director of communications.

He was reported to have told staff that recent weeks in Downing Street had “taken a terrible toll on my family life”.

He was recently caught up in the partygate scandal afflicting Number 10 when he was reported to have made a speech and handed out awards at an alleged Christmas party in Downing Street in December 2020.

As well as acknowledging the impact of a turbulent few weeks in Number 10, Mr Doyle was also reported on Thursday to have told staff it had always been his intention to only serve in government for two years.

News of Mr Doyle’s departure came not long after it was revealed that Ms Mirza had resigned from her £145,000-a-year role as the prime minister’s policy chief.

She cited Mr Johnson’s “scurrilous accusation” that Sir Keir was to blame for Savile, a prolific sex offender, not being prosecuted.

In her resignation letter to the prime minister, as published by The Spectator magazine, Ms Mirza wrote: “I believe it was wrong for you to imply this week that Keir Starmer was personally responsible for allowing Jimmy Savile to escape justice.

“There was no fair or reasonable basis for that assertion. This was not the usual cut and thrust of politics; it was an inappropriate and partisan reference to a horrendous case of child sex abuse.

“You tried to clarify your position today but, despite my urging, you did not apologise for the misleading impression you gave.”

Mr Sunak, speaking at a Downing Street news conference on Thursday evening, described Ms Mirza as a “valued colleague” who he “very much enjoyed working with”.

“I am sorry to see her leave government, I will miss working with her,” he said.

Mr Sunak also sought to put distance between himself and the prime minister over the row about the Savile comments.

“With regard to the comments, being honest I wouldn’t have said it and I am glad the prime minister clarified what he meant,” the chancellor added.

Asked if Mr Johnson should apologise for his remarks, Mr Sunak said: “That’s for the prime minister to decide.”

‘I wouldn’t have said it’: Sunak on PM’s Savile comment

Mr Johnson on Thursday night said he was “sorry” see Ms Mirza depart, adding: “She’s done an outstanding job and has been a wonderful colleague for a long time.”

However, speaking to Channel 5, the prime minister said he didn’t agree with her assertion that his Savile comments were “inappropriate and partisan”.

“Let me make it absolutely clear, because people keep going on about this, and no-one is commenting, least of all me, about the personal involvement of the leader of the opposition in the handling of that case,” Mr Johnson said.

“All that I’ve said is that the leader of the opposition apologised for the CPS’s handling of that issue during his tenure and that’s all frankly that needs to be said on that matter.” ‘This PM is finished’

Ms Mirza has been a longtime ally of the prime minister and previously worked with Mr Johnson when he was London mayor.

Mr Johnson once included Ms Mirza in a list of the five women who had most influenced him.

In her resignation letter, Ms Mirza added: “You are a better man than many of your detractors will ever understand which is why it is so desperately sad that you let yourself down by making a scurrilous accusation against the leader of the opposition.”

He added on Twitter: “It’s also an unmistakeable signal the bunker is collapsing & *this PM is finished*.”

Downing Street swiftly announced that Ms Mirza had been replaced as the head of the Number 10 policy unit by Arundel and South Downs MP, Andrew Griffith, who is a loyal ally of the prime minister.

Pretty soon there will be a mad scramble & ministers will be kicking themselves hitting their heads saying ‘WHY didnt i move faster arghhh’.

Nows your moment, find a flicker of moral courage & ‘push what is falling’ https://t.co/eNR2wtB0CR

What did the PM say about Starmer and Savile?

The row over Mr Johnson’s comments about Savile followed his appearance in the House of Commons on Monday.

As he responded to Sir Keir in the Commons, Mr Johnson referred to the Labour leader’s former role as director of public prosecutions (DPP).

The prime minister claimed Sir Keir had “spent most of his time prosecuting journalists and failing to prosecute Jimmy Savile, as far as I can make out”.

With Mr Johnson’s remarks having caused uproar in Westminster, including among some Conservative MPs, Sir Keir later accused the prime minister of making a “ridiculous slur” and of “parroting the conspiracy theories of violent fascists to try to score cheap political points”.

Fact-checking organisations have found that Sir Keir was not personally involved in the CPS decision not to prosecute Savile. In full: Johnson and Starmer clash at PMQs