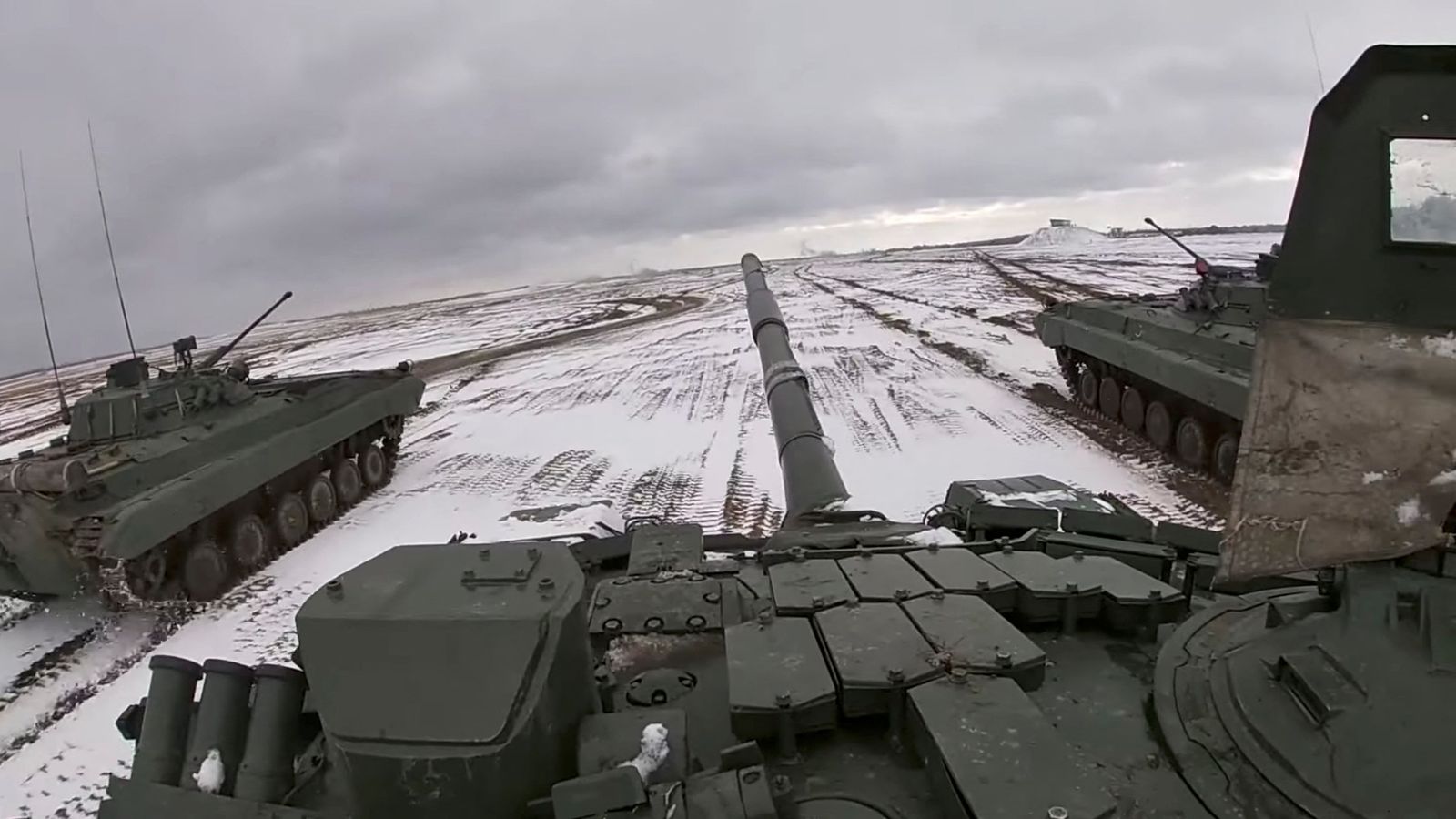 Boris Johnson has told Vladimir Putin of his “deep concern about Russia’s current hostile activity” on the Ukrainian border amid fears Moscow is planning to invade its neighbour.

More than 100,000 Russian troops have amassed near the border in a major military build-up.

The prime minister spoke to the Russian president in a phone call this afternoon. 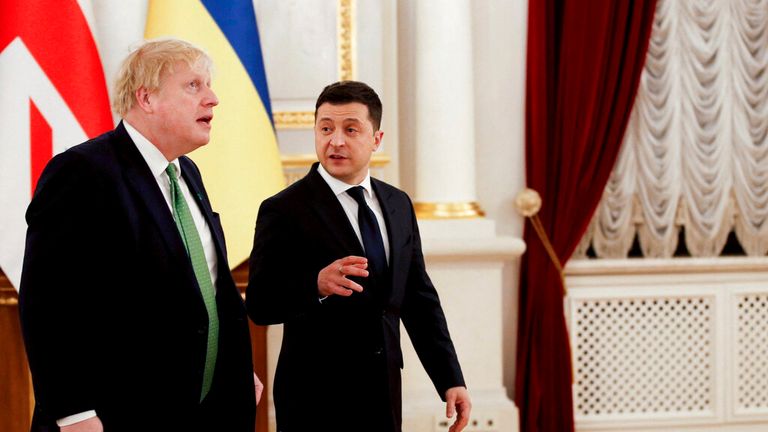 Sky’s Adam Parsons is in Kyiv, where he says the diplomatic battle behind the scenes is not making great progress.

Downing Street said Mr Johnson “emphasised the need to find a way forward which respects both Ukraine’s territorial integrity and right to self-defence”.

It said the prime minister stressed “any further Russian incursion into Ukrainian territory would be a tragic miscalculation”.

Number 10 said the leaders agreed “aggravation was in no one’s interest”.

The prime minister also stressed the importance of dialogue and diplomacy, and the need to include Ukraine in talks.

For its part, the Kremlin said Mr Putin drew attention to “Kyiv’s chronic sabotage of the Minsk agreements”.

It added: “NATO’s unwillingness to adequately respond to well-founded Russian concerns was noted, while hiding behind references to the so-called open-door policy of the alliance, which contradicts the fundamental principle of the indivisibility of security.” 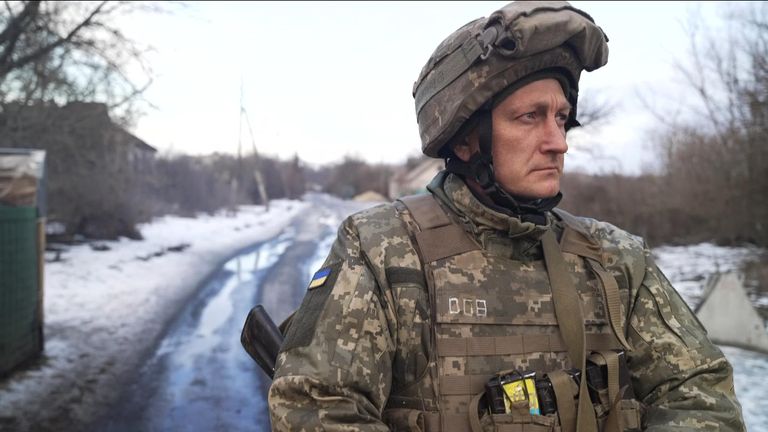 It comes as President Joe Biden has approved the deployment of thousands more US troops to Poland and Germany in the coming days.

Yesterday Mr Johnson urged Russia to “step back” from any military action against Ukraine, saying the UK “stands shoulder to shoulder” with Kyiv.

He said a Russian invasion would be a “political and humanitarian disaster” and a “military disaster as well”.

A series of “sanctions and other measures” is being prepared for when the “first Russian toecap crosses into Ukrainian territory”, he said.

Mr Putin has blamed the US for escalating tensions and accused the West of ignoring Russia’s “fundamental” concerns, saying that Russia’s main security demands have not been satisfied.

At a news conference yesterday, Mr Putin expressed concerns about Ukraine potentially joining NATO and then trying to retake the Crimea peninsula, suggesting it could force Russia to go to war with the whole security bloc.

Meanwhile, one of Russia’s top diplomats has said he did not trust British diplomacy.

Russia’s deputy UN ambassador, Dmitry Polyanskiy, told Sky News: “There is always room for diplomacy, but frankly, we don’t trust British diplomacy. I think in recent years British diplomacy has shown that it is absolutely worthless.

“I really don’t want to offend anybody, especially my good friends, British diplomats, but really, the results are nothing to boast about.”

“A difficult situation cannot be solved without making difficult decisions – and whatever the price of deterrence is, the price of stopping the war will be much higher.”

“What is happening in Ukraine now is important” for the whole of Europe, he added.

California gunman identified as ‘distrustful’ ballroom dancing fan
Tory peer joins calls for Nadhim Zahawi to ‘consider his position’ over tax row
‘Putin has no red lines’: Ex-ambassador explains Putin’s mindset
‘Explosions and calls in the night’: Zelenskyy recalls first moments of invasion and how close Russian forces got to him
Virginia schools boss fired after teacher shot by six-year-old despite ‘warnings’