The government says its 12 “levelling up missions” to spread opportunity more equally across the country will see “a complete system change of how government works”.

Michael Gove will unveil the government’s Levelling Up White Paper later which officials say will set out a blueprint to bring prosperity “to all parts” of the UK.

In the Conservatives’ 2019 general election-winning manifesto, the party said its focus would be “levelling up every part of the UK” and the term has since become a key slogan for Boris Johnson’s government.

The prime minister has said the term involves investing in towns, cities and rural and coastal areas, using apprenticeships to balance out skills, giving areas more control over investment and creating new freeports.

What is the Levelling Up White Paper?

On Tuesday, Mr Johnson told his cabinet that the white paper would “mark a significant milestone” in ensuring his government “deliver on the people’s priorities”.

Speaking ahead of its release, Mr Gove, the Levelling Up Secretary, told a cabinet meeting that his plans will “change the economic geography of the country”.

The government’s levelling up agenda has been continually delayed and some of the new Conservative MPs, who won ‘Red Wall’ seats traditionally held by Labour in the 2019 election, have been pressuring the prime minister for urgent action.

Writing for the Times Red Box, Conservative mayor for Tees Valley, Ben Houchen, recently called for “visible signs” of action if the PM wants to retain the electorate’s support.

What we know will be included in the white paper

The Levelling Up White Paper will include “12 bold national levelling up missions” which it says “will shift government focus and resources to Britain’s forgotten communities by 2030.

The missions will be given status in law through the Levelling Up and Regeneration Bill and officials say the plans will see the “biggest shift of power from Whitehall to local leaders in modern times”. A fund of £1.5bn will be available for ‘levelling up’

What are the twelve levelling up missions?

• Pay, employment and productivity to have risen in every area of the UK by 2030 with the gap between the top performing and other areas closing

• Investment in Research and Development to increase by 40% across the North, Midlands, South West, Scotland, Wales, and Northern Ireland

• Local public transport connectivity across the country to be significantly closer to the standards of London with improved services, simpler fares and integrated ticketing

• Number of primary school children achieving the expected standard in reading, writing and maths will have significantly increased to 90%

• By 2030, the gap in Healthy Life Expectancy (HLE) between local areas where it is highest and lowest will have narrowed, and by 2035 HLE will rise by five years

• Well-being will have improved in every area of the UK, with the gap between top performing and other areas closing

• Pride in place, such as people’s satisfaction with their town centre and engagement in local culture and community, will have risen in every area of the UK

• By 2030, homicide, serious violence, and neighbourhood crime will have fallen, focused on the worst-affected areas

• Every part of England that wants one will have a devolution deal with powers at or approaching the highest level of devolution and a simplified, long-term funding settlement

The government says it will “do whatever it can to achieve these missions” and that “resources, energy, and focus throughout the 2020s will be re-oriented around achieving them”. 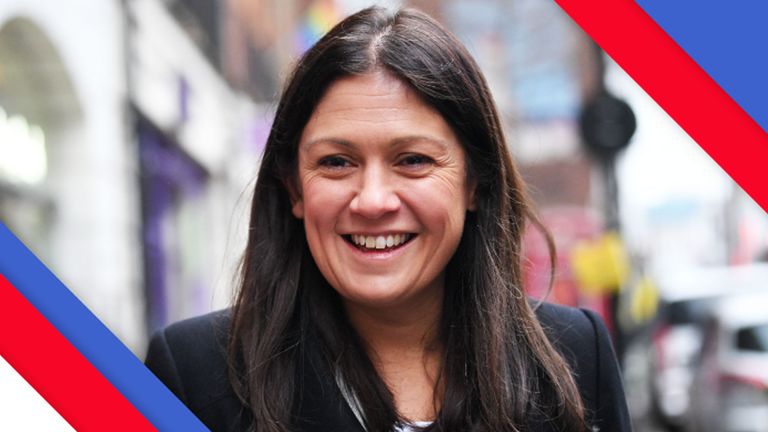 Lisa Nandy has hit out at the government’s plans

What had already been announced?

Wolverhampton and Sheffield have been named as the first of 20 places to get cash from the fund to create what the government says will be “developments combining housing, leisure and business in sustainable, walkable, beautiful new neighbourhoods”.

However, at the weekend, shadow levelling up secretary Lisa Nandy criticised the proposal, telling Sky News the cash pledged had previously been announced by Chancellor Rishi Sunak and therefore it constitutes “recycled money”.

“There is a profound sense that the government has really missed the point with the very small beer that they’ve given us this morning,” Ms Nandy told Trevor Phillips on Sunday.

Labour’s West Yorkshire mayor Tracy Brabin added that the Levelling Up White Paper “does seem to be a focus on affordable housing” when “it has to be about skills, climate change and transport and connectivity”.

Levelling up efforts ‘will fail without a shift in focus’

Meanwhile, new analysis shared exclusively with Sky News has revealed that the government’s efforts to level up the most deprived parts of the UK will fail without a shift in focus.

Think tank New Economics Foundation (NEF) says that the current plans, which prioritise place-based funding, will fall short as they forget about investing in people.

Investment in culture and heritage

In October’s Spending Review, the chancellor said more than £850m was being invested in cultural and heritage infrastructure.

The Department of Digital, Culture, Media and Sport (DCMS) has said that – as part of the government’s levelling up plans – Arts Council England will identify the locations of more than 100 places outside of London to benefit from extra funds from 2023.

In addition, the government has pledged a “much-needed” £560m to deliver hundreds more youth facilities and activities for children in the most deprived parts of England.

Some 45 local authorities and 600 district wards in the most deprived areas will be able to apply for a share of a £378m Youth Investment Fund.

The government says it will pave the way for 300 new or refurbished youth facilities, with aim of every young person having access to regular out of school activities, trips and volunteer opportunities by 2025.

Ministers have also unveiled measures to raise educational standards in 55 English target areas with persistently poor outcomes as part of the Levelling Up White Paper.

New “educational investment areas” will see resources focused for the next decade and includes the pledge of elite sixth-form colleges for talented children from disadvantaged backgrounds.

In a tweet on Tuesday, the PM said: “Levelling up means giving all young people, no matter their background, the skills they need to realise their potential. So we’re targeting intensive support to 55 Education Investment Areas, raising school standards and helping children to succeed no matter where they live.”

The government’s Levelling Up White Paper will declare that areas which want a devolution deal can have one by 2030.

Meanwhile, negotiations for ‘trailblazer’ devolution deals with the West Midlands and Greater Manchester to extend their powers

Elsewhere, a new independent body will be created to improve transparency of local government performance.

Matthew Fell, CBI chief policy director, said the Levelling Up White Paper “offers a blueprint for how government can be rewired and an encouraging basis for how the private sector can bring the investment and innovation to start overcoming those deep-rooted challenges, and power long term prosperity for every community, wherever they live”.

Lift Foils upgrades its rider- and price-friendly electric hydrofoil designed for beginners
Kanye West a ‘danger to my children’, David Baddiel says
Flybe collapses and cancels all flights, with hundreds of jobs lost
Sunak urged to ‘come clean’ over what he knew about Zahawi tax scandal
What a 12-hour paramedic shift is really like