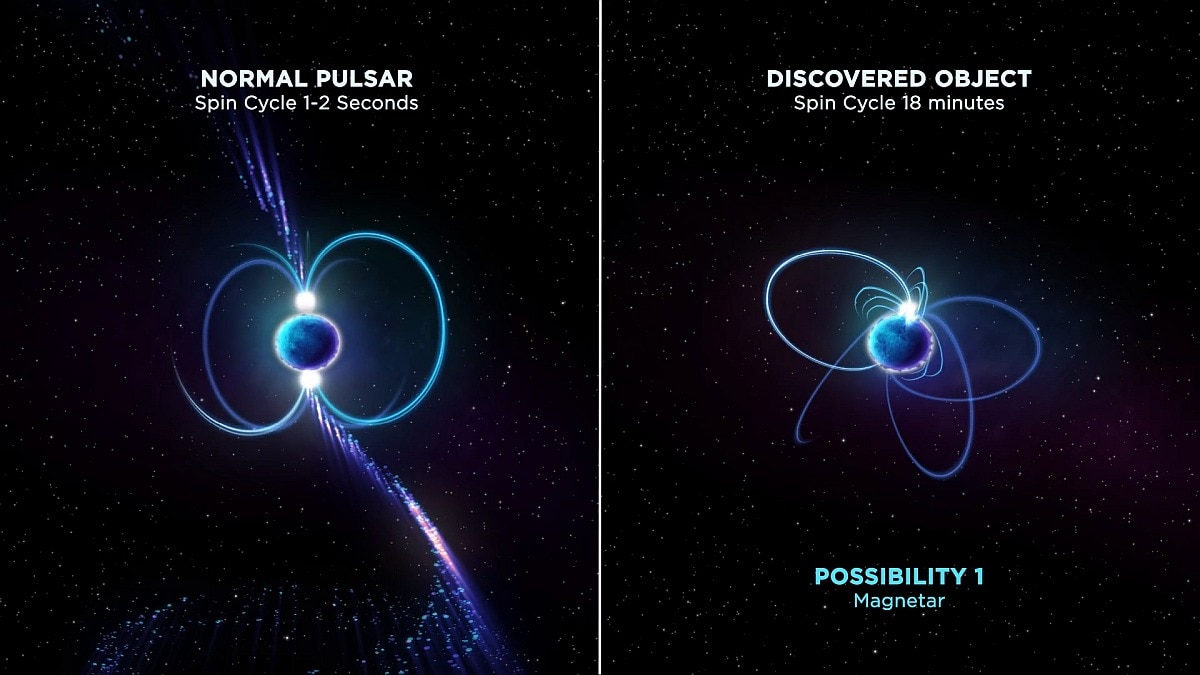 Australian researchers have found an unusual spinning object in our galaxy that flashes at regular intervals, but they are clueless about why it is doing so. There’s not much known about this mysterious object except that it sends out radio signals three times an hour and is located within the Milky Way. The object lies about 4,000 light-years away from Earth, which is considerably distant from us. The researchers say this object is unlike anything that they have ever seen. The object was first discovered by a university student and others later built on his work.

Natasha Hurley-Walker, who led the investigation after the student’s discovery, said the pulse emanates a little over every 18 minutes, “in exactly the same place and at exactly the same frequency – like nothing astronomers had ever seen before”. She used the Murchison Widefield Array, a telescope, placed in Western Australia to gather data for her research. Her team is now trying to understand what they have found.

The brightest radio sources are supermassive black holes. “What had we found that could possibly be brighter than that?” Hurley-Walker wrote in a report on her research in The Conversation.

She said she was in a cold sweat as researchers worldwide are looking for repeating radio signals transmitting at a single frequency. This usually means extra-terrestrial intelligence. But soon she breathed a sigh of relief as the radio signals came across a wide range of frequencies. As a result, the energy required to generate it would have to originate from a natural rather than an artificial source, she added.

Working on the data, the researcher team has managed to establish a few facts about the object: it is about 4,000 light-years from Earth; it is incredibly bright, and it has an extremely strong magnetic field.

Hurley-Walker wrote that there could be two main explanations why this “compact, rotating, and highly magnetic astrophysical object” is behaving this way. It could either be a white dwarf or a neutron star, she added.

The idea of finding a neuron star is intriguing as a neuron star that is incredibly bright and sends out radio signals at regular intervals has never been found. Such objects, called “ultra-long period magnetars”, exist only in theory.

Love Island stars Molly-Mae and Tommy Fury welcome their first child
‘I was not given a realistic chance’, says Liz Truss, as she makes comeback
US shoots down Chinese ‘spy balloon’
Elon Musk cleared of deceiving investors with Tesla tweet
Grammy Awards: Five things to look out for on music’s biggest night