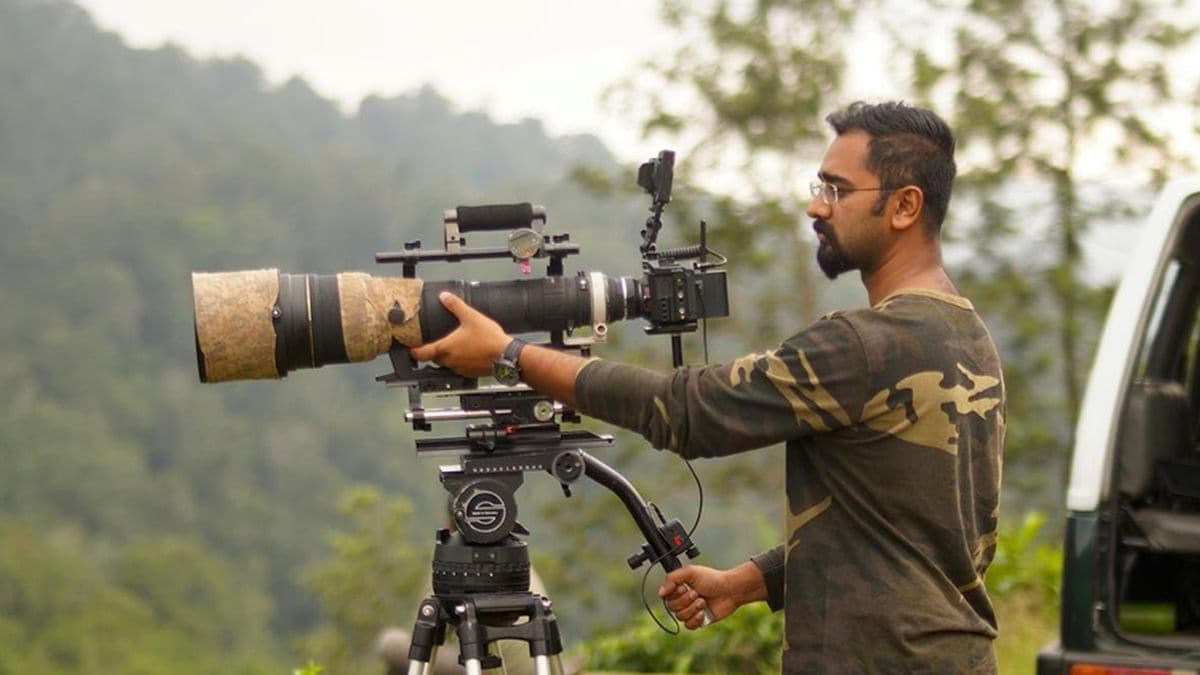 Wildlife films, as seen and experienced by people on TV, are captured with the help of extremely sophisticated and expensive equipment. These cool cameras and gadgets are operated by some of the world’s best cinematographers, but this does not mean you cannot get into the amazing world of wildlife filmmaking. By making the right gear choices and learning the right techniques, you too can capture some incredible natural history moments.

When your subjects are out of your control, the cameraperson and the gear have to be ever ready to capture moments when they happen, therefore the equipment used to shoot wildlife films and the people who operate them are of a different breed, compared to your regular “wildlife shooters.”

Gear that you can get started with:

The cameras combined with lenses usually have the greatest impact on the image being created, in the past Super 16 film cameras were the go-to for most professional wildlife film productions, this was followed by DV cameras/ ENG (electronic news gathering) cameras. These cameras, combined with powered zoom lenses, gave the flexibility and cost advantage required for wildlife film productions.

Today, professional wildlife film productions use the same cameras as the ones used in blockbuster feature film productions like ARRI and RED cameras. Specific sequences which require smaller cameras opt for mirrorless video cameras, they also use specialty cameras like Infrared, thermal, and night vision technology.

Though this sounds very expensive and out of reach for most people, good wildlife films at the end of the day tell stories and that can be done with most consumer grade digital cameras nowadays.

Here are some things to look out for in a decent mirrorless video/stills camera that most people can buy for wildlife filmmaking:

Since most wildlife behavior happens during early mornings or late evenings, a camera with good low light performance is a must have, a camera which has the capability to shoot relatively clean, noise free video at higher ISO like ISO 800 to ISO 2500 or higher is a feature to look out for.

Wildlife behaviour on field can change in a matter of seconds. Slow motion is an effect that everyone understands, a camera that can shoot 50 frames per second or higher is a great feature to look out for. This will allow you to slow the action down to see some interesting behavior that you may have failed to notice on field.

You only need 50fps to get started with.

Not all cameras can do everything, some can shoot high fps but have poor low light performance, others might be great in low light but may not have great high fps options. Pick and choose based on the kind of subjects you want to shoot.

Sony A7s (Mk1, Mk2, Mk3) or equivalents in other brands like Canon, Panasonic, and Blackmagic.

Sripad’s Tip: Don’t spend too much on cameras, there are other pieces of kit that are more important! Full-HD resolution is more than enough to get started with, don’t spend your money on the extra resolution like 4K, 8K, 12K etc. Look for other features like low light, high speed, reliability, battery life, and weather sealing.

Having the right lenses for the story you want to tell is crucial
Photo Credit: Sripad Sridhar

By far one of the most critical pieces of gear in a wildlife filmmakers kit, lenses really open new worlds to you. Having the right lenses for the story you want to tell is crucial. To build a good sequence you will need to get a whole range of shots like close ups, establishing shots, a reveal, a focus pull on an animal or a point of interest and so many more shots. Having the right lenses will help you do that. There are two main aspects to consider while choosing lenses: the focal length and the aperture.

Wildlife can be very dangerous and you need to keep yourself safe and not disturbing the animals is equally important. Lenses with focal ranges 200mm or higher are the best to get started with. You can get lenses that go all the way to around 800mm.

Remember, having a big lens does not mean you are a great filmmaker. You need variety, a macro lens is just as important as a long 800mm lens. Macro lenses vary from 15mm to 200mm and mostly as single focal length lenses or block lenses, they allow you to get really close to your subjects and can reveal fascinating details that your eye cannot see.

Usually lenses with large minimum apertures like f/2.8 are good for low light scenarios and have great subject-to-background separation compared to lenses with smaller apertures like f/5.6 or f/6.3. However, given how low light performance of sensors has improved over the years, nowadays you can shoot well into late evenings even with small minimum aperture lenses. At focal lengths of 500mm and above, having a smaller aperture like f/6.3 does not matter as much because the characteristics of longer focal length lenses they throw the background out of focus anyway.

Each camera manufacturer have their own set of lenses, apart from them great third party manufacturers for wildlife lenses include Sigma (for great zoom ranges and modest pricing) and Laowa (especially for wide angle macros lenses).

Zoom lenses are better for wildlife as you will not have time on the field to change lenses when the action is unfolding in front of you.

Look for second-hand lenses on OLX and other websites, there are gems waiting to be picked up for very little money.

The Tripod has two parts the head and the legs
Photo Credit: Sripad Sridhar

Tripods are the most underrated pieces of gear in a wildlife filmmakers’ kit, they are the foundation of a good camera rig. Wildlife filming happens on the two extremes of a lenses focal length and magnification, either you are shooting a bird far away at 500mm or higher, or you are shooting a tiny insect at 2x magnification on a macro lens, both of which require a rock-solid tripod support system.

Here are some things to consider while choosing a tripod:

The Tripod has two parts — the head and the legs. Unlike stills camera tripods, the head can be detached and can be attached to other support systems. The two most common types of tripod heads are fluid head and friction head. The fluid head systems are made of several gears on the inside that allow for buttery-smooth and weighted camera moves, it helps remove small camera vibrations that can ruin a shot.

A friction head is a type of head that uses friction via a lock on each axis to help create a fluid head-like feel, these types of tripod heads are cheaper but don’t have the same “fluidity” of a professional fluid head.

Fluid heads comes in sizes of 75mm, 100mm, and 150mm bowl heads or flat heads. Professional 75mm fluid heads can hold a camera package upto approximately 8kg. 100mm can hold up to 15kgs and 150mm can hold much heavier camera rigs. The weight capacity can change, based on the model or the manufacturer.

2. Legs and other accessories

Tripod legs need to be equally strong to support the camera rig and the tripod head. You can choose a range of tripod legs based on their height they commonly go by the names low legs, high legs, high hat, low base.

Popular brands include E-Image, Manfrotto, Benro, Sachtler, and Miller. If you decide to sell your car and other belongings you can consider the premium OConnor fluid heads as well.

Sripad’s tip: Spending money on a tripod may seem a waste at first but remember a good tripod will last you a lifetime or even two if cared for properly, so take your time and choose wisely.

Choose a system that overall works for the project you are shooting, as these overall setups can weigh anywhere between 20kg to 50kg based on the lens, camera, and tripod you choose. If you have to be mobile then get a lighter setup, your lower back will thank you.

These are just some basic things to think about before getting into wildlife filmmaking with regards to the gear. There are hundreds of other things to consider to become an efficient wildlife filmmaker on field including animal behaviour, field craft, and habitat proficiency, but hopefully this list should help you take your first steps into the amazing world of wildlife filmmaking

Sripad is a Director of Photography/ Cinematographer who has worked in the wildlife documentary and digital Ad space for over 8 years. He has shot for Brands such as National Geographic, Animal Planet, and Netflix. Sripad loves exploring camera technology, new mediums of filmmaking, and storytelling.

This series is an initiative by the Nature Conservation Foundation (NCF), under their programme ‘Nature Communications’ to encourage nature content in all Indian languages. To know more about birds and nature, Join The Flock.