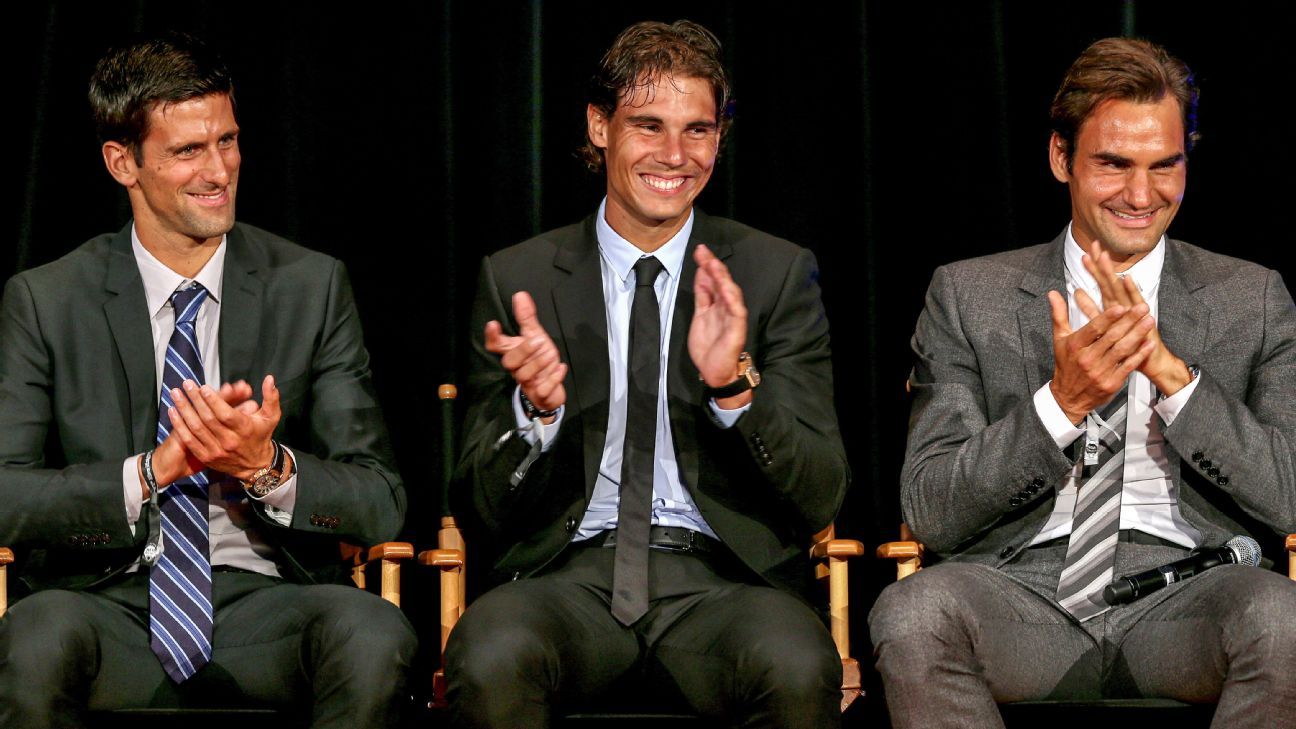 On a weekend where the NFL began to bid farewell to one GOAT, men’s tennis crowned its greatest ever — for the time being at least. Rafael Nadal’s triumph at the Australian Open puts him at 21 Grand Slam titles, one ahead of Roger Federer and Novak Djokovic.

It’s tennis’ equivalent of being the first to summit Everest, or reach the Challenger Deep — Nadal out on his own, on a level of success no other man has achieved in the sport. But it is a fascinating, divisive barometer of success: The GOAT debate in men’s tennis is incredibly subjective and stretches beyond the mere detail of Grand Slam singles titles.

His five-set victory over Daniil Medvedev was up there with Nadal’s greatest triumphs. He had to come back from two sets down, in a match in which the momentum swung between the two, only to find another gear just as Medvedev started feeling the toil of the match. Nadal’s forehand is legendary, but he has brought so much more to his game. Despite the increasing aches and pains, he forced Medvedev around the court with drop shots and top-spin forehands to sew up a 2-6, 6-7 (5), 6-4, 6-4, 7-5 victory. It was an astonishing display of endurance and tactical brilliance.

The chase to 21 has been fascinating.

Both Federer (knee injury) and Djokovic (deportation) missed this Australian Open, leaving Nadal the opportunity to go one better. The Nadal we’ve seen in Melbourne is not the same as the previous incarnations of the Spanish great; he’s now in the next stage in his evolution. Each of the Big Three have had spells of dominance — stretching ahead of the other two. Federer had his last shot at 21 in the 2019 Wimbledon final but lost to Djokovic.

Recently, Djokovic has appeared the most likely to reach 21 first, with last year’s US Open looking like it was Djokovic’s to lose. Back then in August, Nadal withdrew with a chronic foot problem (one he has had since 2005), while Federer was out with a knee injury that has sidelined him since Wimbledon. So Djokovic had a clean run at 21 in New York, only to lose the final to Medvedev.

That triumph for Medvedev was just the second time in the past 19 major finals that someone outside the Big Three had managed to take a Slam, amid a near-20-year spell of dominance in the sport. While players have come and gone, the trio’s hold on the sport has been remarkable.

When Nadal broke through in 2003, it was Federer who was dominant, as the Swiss legend took 12 slams out of a possible 20 from 2003 to 2007. Then came Nadal’s incredible spell from 2008 to 2010, as he won six Slams — including that incredible 2008 Wimbledon final against Federer — while Federer swooped in for four.

While Nadal now sits one Slam ahead of his two sparring partners, their supporters will look to different statistics to prove their GOAT-ness. Federer has the most wins in the Open era with 369, to Djokovic’s 323, to Nadal’s 298. While Djokovic’s faithful will put an asterisk against this Nadal triumph in Melbourne due to Djokovic’s enforced absence.

Nadal has played down the importance of reaching 21 ahead of Federer and Djokovic, even when he has been asked frequently about the significance of a triumph in Australia. Instead, this newly philosophical Nadal, who just seven weeks ago was wondering whether he’d have to retire, is eager to take a thousand-mile view of this spell of dominance. Instead of signaling himself out, he prefers to talk about the three of them, almost like tennis’ own musketeers. They’ve propelled each other on at various stages — each with their own rivalry with one another — but now it’s more like they’re out there on their own, each fighting their own battles and keeping the light flickering through the clouds of retirement.

“I don’t believe that my happiness, my future happiness depends on if I achieve one more Grand Slam than the others or if the others achieve more Grand Slams than me,” Nadal said after beating Denis Shapovalov in the quarterfinals. “The fact that we are equal at 20, we share an amazing part of the history of our sport, and for me it’s a real honor to be part of it, without a doubt.”

He added: “Let’s enjoy the situation that we did, every one of us, we did very special things in our sport. Let’s enjoy that. Doesn’t matter the other thing.”

Well that other thing has now come through for Nadal as he takes No. 21, but he will treat this Grand Slam triumph in isolation. Having battled back from his 16-year foot injury and six-month absence to surpass his greatest expectations at Melbourne, he prefers to look at this triumph against the backdrop of his recent recovery, rather than as a part of a 21-piece puzzle. This was a bewildering win for Nadal — in the second-longest Grand Slam final in history — but as he threw the two punches of celebration and fell to his knees, it’s this anchoring in the present that has kept Nadal going through Melbourne, never once talking up his chances.

“Of course, everybody knows me, and I’m always gonna try my best,” he said ahead of the final. “My goal now is to win. Always with the competitive spirit that I have … it’s my personal DNA. But in some way, I don’t know, just be what I am and be able to have the chance to compete at this level, it’s a positive energy for me to keep going, because at the end of the day, and being very honest, for me is much more important to have the chance to play tennis than win the 21.”

And it’s this mentality that has kept the trio ahead of the chasing pack. They’ve gone through transitional stages of dominance in the sport, but while the chance to watch all three in the same competition is becoming increasingly rare, when they’re on form, they’re far and away the best in the world.

And for the moment, with the French Open to come — a place that has become Nadal’s second home — if his foot holds up, then there’s every chance Nadal will take another step forward to No. 22 and further cement his credentials as men’s tennis’ GOAT for the time being, on Grand Slams alone.