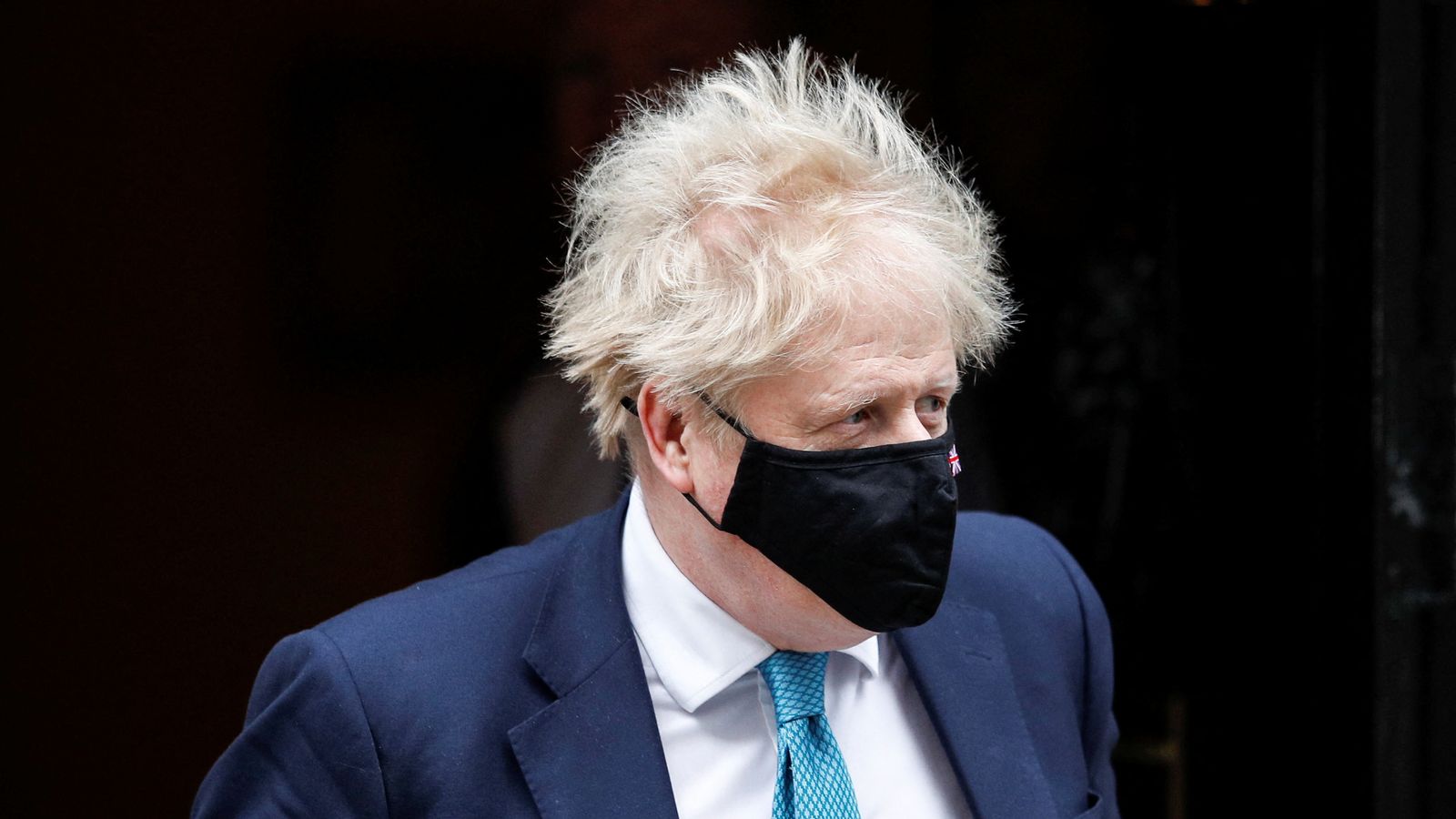 Boris Johnson will continue his fightback from the partygate scandal by unveiling plans for a “Brexit Freedoms Bill” to allow retained EU laws to be more easily removed.

On the second anniversary of the UK’s official departure from the EU, the prime minister is pledging to “further unleash the benefits of Brexit” with a promise to cut £1bn worth of red tape for British businesses.

The plans will be viewed at Westminster as part of a so-called “Operation Red Meat” by Mr Johnson to shore up support from Conservative MPs with a flurry of attractive-looking policies for traditional Tory voters.

It comes as many Conservative backbenchers openly speculate about the prime minister’s future in Downing Street as he awaits a report from senior civil servant Sue Gray into multiple allegations of COVID lockdown breaches in Number 10.

The Brexit Freedoms Bill, which Number 10 is promising to bring forward “in due course”, is aimed at making it easier to amend or remove laws retained from the UK’s 47-year membership of the EU.

Downing Street said, under current rules, reforming and repealing such laws would take several years due to the need for primary legislation for many changes, even if minor and technical.

The new bill is aimed at ensuring that changes can be made more easily and quickly, while Number 10 said the bill was also expected to end the “special status” of EU law – made before 1 January 2020 – in the UK’s legal framework.

The plans will build on the work of former Brexit minister Lord Frost, who launched a drive to scrutinise thousands of remaining EU regulations and to identify those that could be improved or repealed.

Officials across government are currently continuing that review of retained Brussels laws, even though Lord Frost has since quit the government amid concern at the “direction of travel” of Mr Johnson’s administration.

As well as unveiling the plans for the new bill, the government will on Monday also publish a new document setting out how ministers are using new post-Brexit freedoms to benefit the UK’s economy in areas such as artificial intelligence, data, transport, and the environment.

Mr Johnson said: “Getting Brexit done two years ago today was a truly historic moment and the start of an exciting new chapter for our country.

“We have made huge strides since then to capitalise on our newfound freedoms and restore the UK’s status as a sovereign, independent country that can determine its own future.

“The plans we have set out today will further unleash the benefits of Brexit and ensure that businesses can spend more of their money investing, innovating and creating jobs.”

Attorney General Suella Braverman said that setting up a mechanism to deal with retained EU law was “essential”.

“It means we can move away from outdated EU laws that were the result of unsatisfactory compromises within the EU, some of which the UK voted and lobbied against – but was required to adopt without question,” she added.

However, Labour highlighted one area where the government is so far refusing to take advantage of the post-Brexit ability to diverge from EU rules.

Shadow attorney general Emily Thornberry said: “For all this talk from the government about the potential legislative freedom we have outside the EU, they still refuse to make a concrete change the Labour Party has been demanding in this area for months, which is the removal of VAT on people’s energy bills.

“The British public overwhelmingly support Labour’s proposed change, and it is time the government started listening.”

During the 2016 EU referendum campaign, Mr Johnson’s Vote Leave campaign hailed a cut to VAT on energy bills as one of the potential benefits of Brexit.

Earlier this month, Conservative MPs voted against a Labour motion to cut VAT on household energy bills. One MP even lost the Tory whip after voting in favour of the motion.