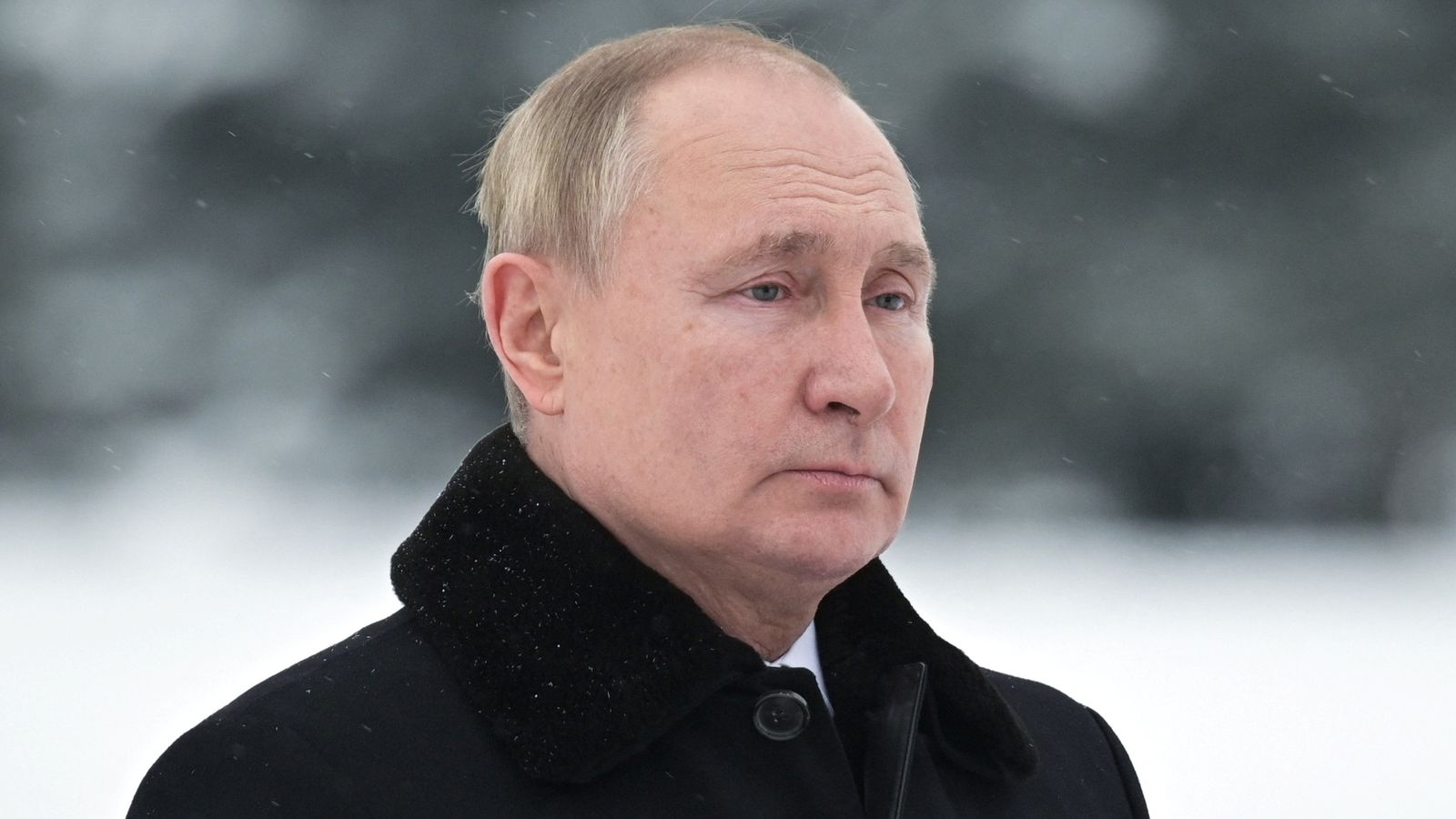 Vladimir Putin’s oligarchs will have “nowhere to hide” under toughened UK sanctions, and British weapons and cash could be sent to Ukraine if Russia invades, the foreign secretary has said.

Speaking to Sky News’ Trevor Phillips On Sunday – amid growing tensions between the West and Moscow over Russia’s build-up of troops on Ukraine’s border – Liz Truss said: “The number one priority is deterring Vladimir Putin from taking that action.

“That’s why we are offering to deploy extra troops into Estonia, we are providing more air support across the Black Sea, and we are supplying defensive weapons to Ukraine to make sure they are in the best possible position should Vladimir Putin try to stage an incursion.

“What I’ll be announcing later this week is improved legislation on sanctions so we can target more Russian interests that are of direct relevance to the Kremlin.

“Because we absolutely need to stop this happening, that is our number one priority.”

Prime Minister Boris Johnson warned on Sunday of an “increasingly concerning” situation over Ukraine, after he received briefings this week from defence chiefs.

“I continue to urge Russia to engage in negotiations and avoid a reckless and catastrophic invasion,” he posted on Twitter.

In her appearance on Sky News, Ms Truss said she was “ruling absolutely nothing out” when it comes to the UK’s support for Ukraine, as she was asked if Britain might supply money and weapons to Ukrainian forces in the event of a Russian invasion.

However, the foreign secretary has also deemed it “very unlikely” that British troops could be sent to fight alongside Ukrainians against Russia.

In a warning to those close to Mr Putin, Ms Truss said of the widening of UK sanctions laws: “Any company of interest to the Kremlin and the regime in Russia would be able to be targeted.

“So there would be nowhere to hide for Putin’s oligarchs or Russian companies involved in propping up the Russian state.

“That is what we are looking at doing this week.”

Ms Truss did not rule out the possibility that tougher sanctions could include the seizure of London property of Russian oligarchs in the UK.

“Nothing is off the table,” the foreign secretary said. “We’re not going to go into the details of exactly who and how we would target the sanctions.

“What the legislation enables us to do is hit a much wider variety of targets, so there can nobody who thinks they would be immune to those sanctions.”

Ms Truss said the UK was working “very closely” with allies such as the US and EU on a “severe” package of sanctions to make it “very, very difficult” for Russia.

“The most important thing is defending freedom and democracy and that is more important than immediate financial issues,” the foreign secretary added, when challenged over the impact of new sanctions on foreign investment in the UK economy.

The foreign secretary also told Russia that it faced “a quagmire” like the Kremlin’s previous conflicts in Afghanistan and Chechnya, as she warned that “the Ukrainians will fight hard, they are not going to give up easily”.

She said the UK’s role was to “make sure” that a military invasion of Ukraine would not be “simple” for Russia.

Ms Truss will be visiting Ukraine this week before heading to Moscow next week for talks.

‘Stop playing games’: Union takes aim at PM with thousands of ambulance workers to strike over pay
A vital EV battery nickel product will be made in the US for the first time
I Heard It Through The Grapevine writer and Motown’s first star dies aged 81
Bill Gates says Elon Musk’s ambition to colonize Mars is not a good use of money
Why is Rick Astley suing rapper Yung Gravy?