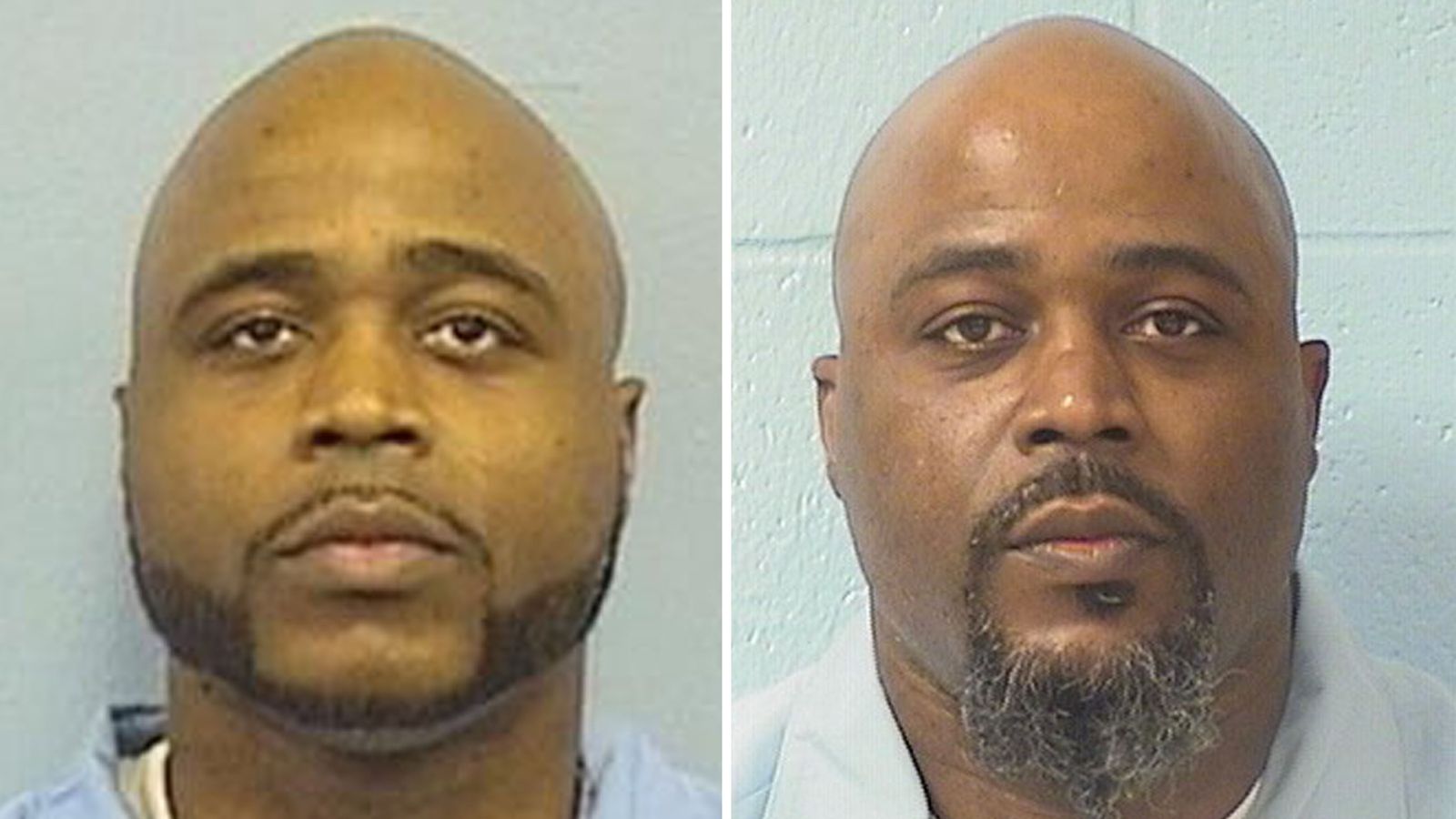 An American man who spent nearly two decades in jail for a 2003 murder has been released years after his identical twin confessed to the crime.

Kevin Dugar was convicted in 2005 over a deadly gang-related shooting and was sentenced to 54 years in prison.

A gunman had opened fire on three people in Chicago‘s Uptown area, killing Antwan Carter and wounding Ronnie Bolden, according to NBC Chicago.

Mr Dugar has long maintained his innocence, refusing a plea deal that would have reduced his jail term to 11 years.

His fate appeared to be sealed until his twin brother, Karl Smith, wrote him a letter in 2013 admitting he had carried out the murder.

The siblings had dressed alike until the eighth grade and had impersonated each other for years, The Chicago Tribune reported.

Their last names are different because Smith took his mother’s maiden name.

Initially, the admission had little impact on Mr Dugar’s case, with a judge ruling in 2018 that Smith’s confession was not credible, according to The Chicago Tribune.

Prosecutors said Smith had nothing to lose by speaking up for his brother because he was already serving out a 99-year prison sentence for a home invasion that saw a child shot in the head, which he could not appeal.

A lawyer with the Northwestern Pritzker School of Law’s Center on Wrongful Convictions took Mr Dugar’s case back to court, however, and the Illinois Court of Appeals overturned that decision in 2021 – a move that eventually led to his release.

Mr Dugar could face trial again if charges not dropped

Cook County authorities must now decide whether to put him on trial again or drop the charges.

His lawyer Ronald Safer told NBC News he hoped the case would not have to go to court again, describing it as a “stranger than fiction” tale that was “made for TV”.

“It’s clear that he’s innocent, but if they persist, we will go to trial, and we will vindicate him at trial.”

The Cook County state’s attorney’s office did not immediately respond to a request for comment.

Mr Dugar broke down into tears as he was reunited with his loved ones, Mr Safer said.

“You know, you would think it’s just unmitigated joy, but the adjustment, the wounds that are inflicted by wrongful incarceration, are deep and enduring and there is an adjustment period that lasts a lifetime, but particularly in the early days are very, very challenging,” he said.

“So, [he is] relishing his freedom, but it is a difficult adjustment,” he said.

Sixth Memphis police officer sacked over Tyre Nichols’ killing
24 star Annie Wersching dies at the age of 45
Westminster’s ‘nepo babies’ are here to stay – whether we like it or not | Adam Boulton
Sunak survives first 100 days, but there is little warm glow around leadership | Beth Rigby
British Army: ‘The army is in a dire state’ – Tory MP and Defence Committee chair