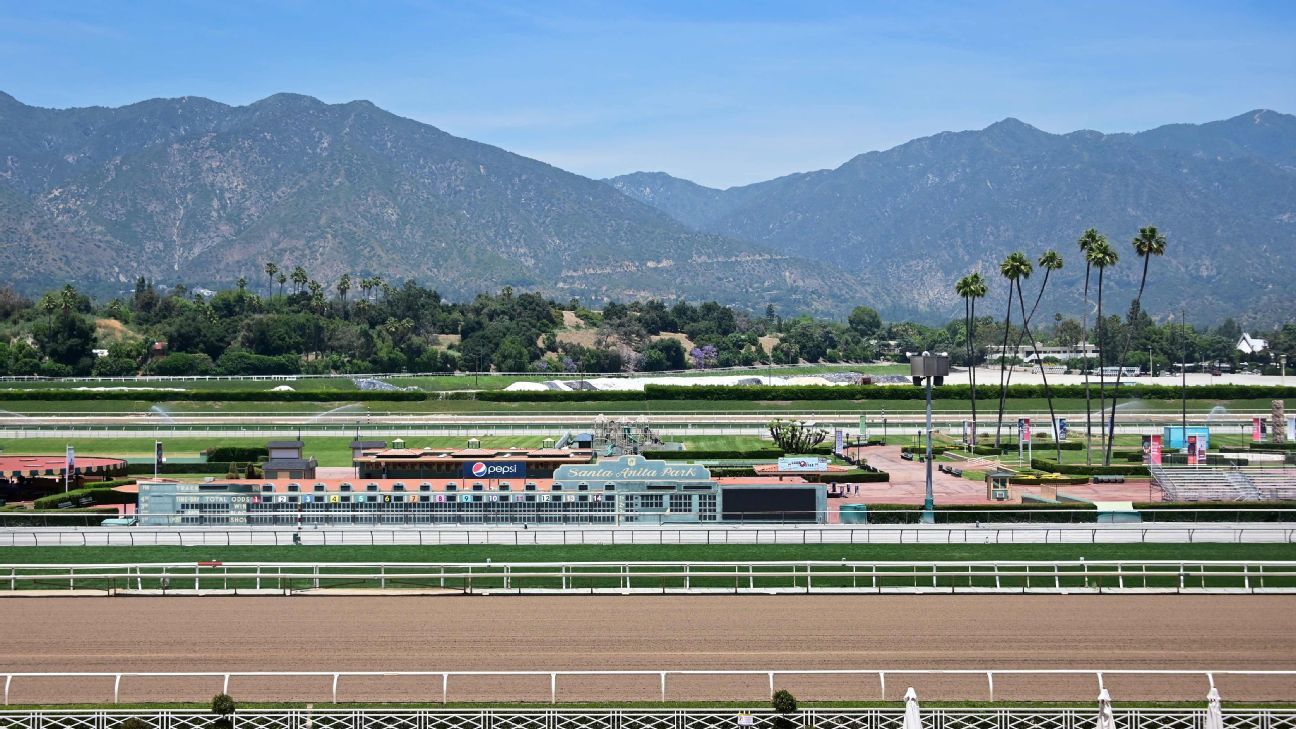 ARCADIA, Calif. — Forbidden Kingdom beat a trio of runners trained by Bob Baffert to win the $200,000 San Vicente Stakes by 2 1/4 lengths on Saturday at Santa Anita.

Baffert’s trio of Pinehurst, McLaren Vale and 4-5 favorite Doppelganger finished second, third and fourth in the race that the embattled Hall of Fame trainer has won 11 times.

Ridden by Juan Hernandez, Forbidden Kingdom ran seven furlongs in 1:22.75. The 3-year-old chestnut colt is a son of 2015 Triple Crown winner and Horse of the Year American Pharoah, who was trained by Baffert.

Forbidden Kingdom charged out of the starting gate and grabbed a lead he never gave up.

“He’s as quick as they come,” Hall of Fame trainer Richard Mandella said. “He was so professional today. He used to get a little antsy in the gate and stumbled a few times.”

Asked about being on the Kentucky Derby trail, Mandella joked, “Geez, don’t say that word. You know I’m allergic.”

Mandella is 0 for 6 in the Derby; his best finish was fifth in 1994 with Soul of the Matter.

Forbidden Kingdom won in his debut on Aug. 21 at Del Mar. He switched to turf in his second start and finished third as the 9-5 favorite at Santa Anita on Oct. 1. The colt was coming off a second-place finish in the Bob Hope Stakes on Nov. 14.

“He tore a piece of foot off and ended up with a quarter-crack,” Mandella said. “We had to fix it up and it is good and hope it stays good.”

Mandella indicated the San Felipe Stakes on March 5 is a possibility for the colt’s next start.

What in Blazes finished last in the five-horse field.

There were no qualifying points for the Kentucky Derby available in the Grade 2 San Vicente.

Even if there had been, Baffert’s horses wouldn’t have been able to earn any as part of his ban by Churchill Downs. It’s the result of 2021 Derby winner Medina Spirit testing positive for a substance that isn’t allowed on race day in Kentucky.

Baffert was back in California after spending the week in New York for a hearing in which the New York Racing Association is seeking to have him suspended.

NYRA’s attorney said Baffert has committed conduct detrimental to the best interests of racing, the health and safety of horses and jockeys, and to NYRA’s business operations. NYRA is asking a hearing officer to recommend a lengthy suspension that would prohibit Baffert from entering horses at Aqueduct, Belmont and Saratoga tracks.

Baffert’s attorney argued that the trainer offered reasonable explanations for six medication overages in the last couple years and that Baffert should be exonerated.

No decision is immediately expected.