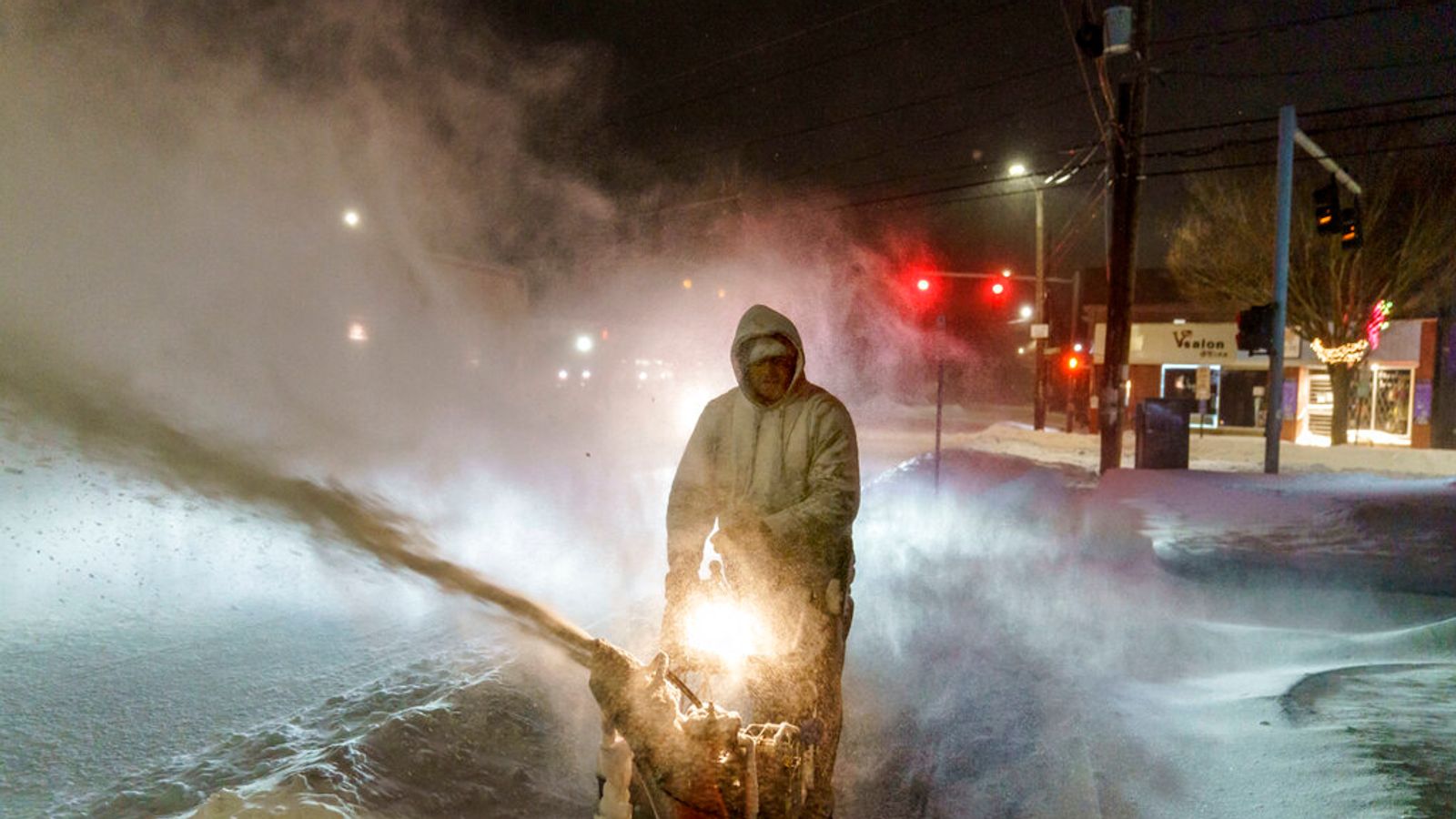 The East Coast is battling deep freeze conditions after a fierce storm barreled through several states on Saturday, flooding coastlines, dumping masses of snow and outing power for thousands.

Dangerous wind chills were expected to bring sub-zero temperatures across the region on Sunday after the powerful storm dumped snow from Virginia to Maine, covering the town of Sharon with 30 inches (76 centimetres) of snow.

The wind continued raging as over 100,000 lost power, mostly in Massachusetts, hindering crews from working on overhead lines.

Cape Cod in Massachusetts recorded winds as high as 83 mph (134 kph), scouring the ground bare in some parts and piling the snow into huge drifts elsewhere.

Coastal towns were left flooded, with wind and waves battering North Weymouth, south of Boston, inundating streets with a slurry of frigid water. Videos shared online showed a street underwater on Nantucket and waves crashing against the windows of a building in Plymouth.

Iguanas fall from trees in the Sunshine State

Bitter cold surged as far south as Florida, known as the Sunshine State.

Whenever colder weather reaches the region, authorities warn of the possibility of frozen iguanas falling from trees.

Plunging temperatures cause them to stiffen up and lose their grip on branches.

They usually warm back up in the sunshine and are unharmed, sometimes with a helping hand from passersby who move them into sunnier spots. 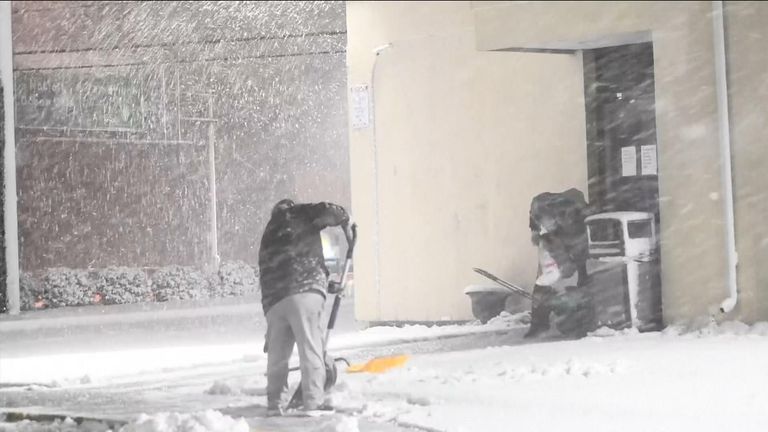 The Nor’easter is forecast to impact New England and the Middle Atlantic region, including New York, Boston and Washington, DC.

Climate change, particularly a warmer ocean, likely impacted the strength of the storm, scientists have said.

Much warmer ocean waters “are certainly playing a role in the strengthening of the storm system and increased moisture available for the storm,” said Oklahoma University meteorology professor Jason Furtado. “But it isn’t the only thing.”

Two saving graces made the storm less lethal: its dry snow was less capable of snapping trees or tearing down power lines, and the fact it hit on a weekend, with closed schools and fewer commuters.

At various points parts of 10 states were under blizzard warnings, with a blizzard defined as a storm bringing snow and winds of at least 35 mph (56 kph) that reduce visibility to a quarter-mile or less for at least three hours.

The worst of the “nor’easter” – so called because the winds over the coastal area are typically from the northeast – was expected by Sunday morning to blow into Canada, where several provinces were under warnings.

‘Her children need her home’: Family of missing dog walker ‘stuck in a nightmare’ since she disappeared
Serrano is headed to Ireland, Baumgardner has plenty of options and Ali continues to improve
‘It’s been a journey’: The Brown twins’ long road toward NFL dreams
Tech stocks just finished a five-week rally — the longest stretch since market peak in November 2021
Amazon stock hit hardest after tech earnings bonanza, despite misses by Apple and Alphabet