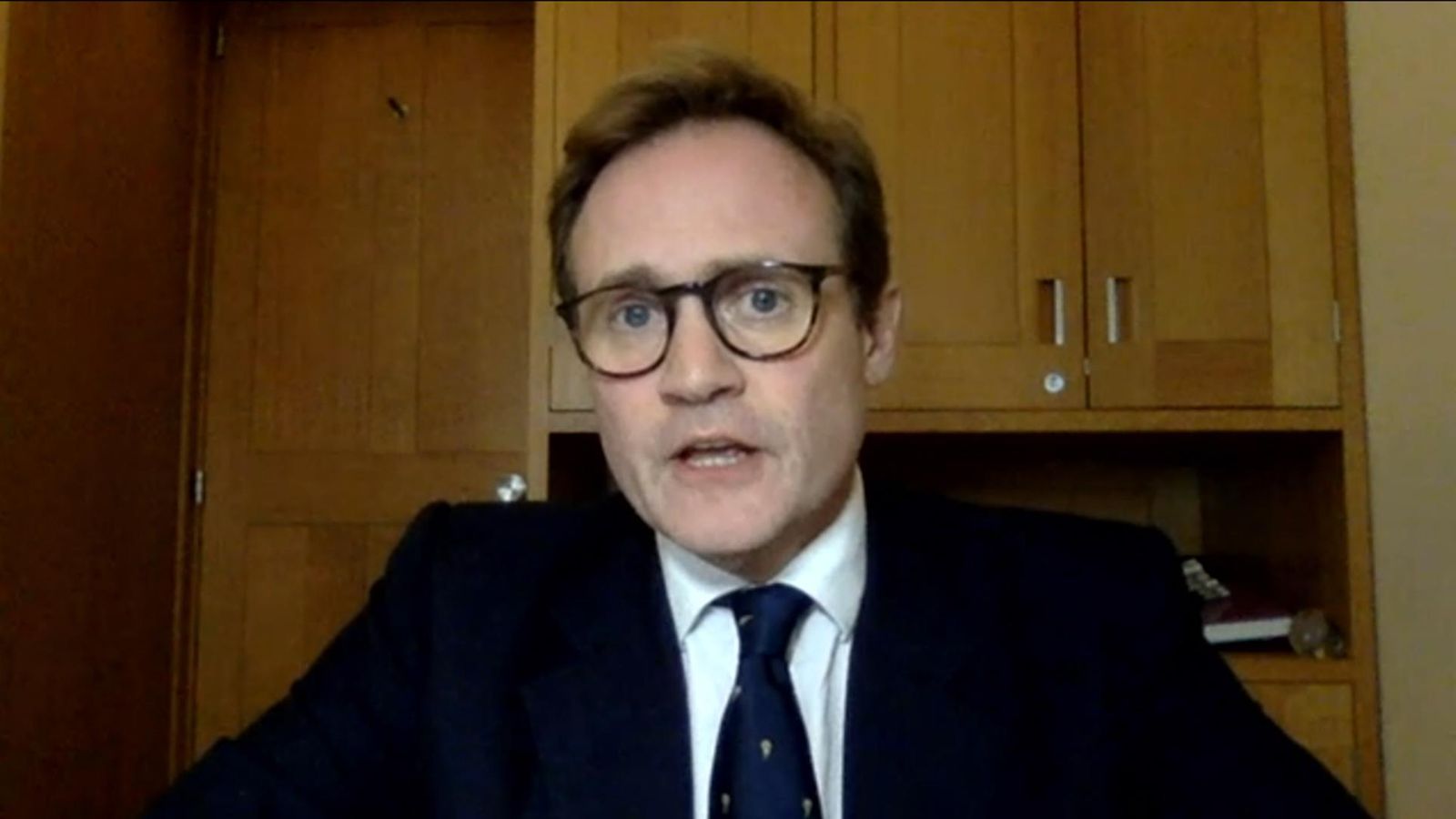 Tom Tugendhat has become the first MP to say he would run to replace Prime Minister Boris Johnson in a Tory leadership contest.

The ex-soldier and Foreign Affairs Select Committee chairman told Times Radio it would be a “huge privilege”.

He said he had not been “canvassing support”, but “of course, you should have a go”.

What could the Gray inquiry mean for Boris Johnson?

It comes as the future of Mr Johnson’s premiership remains under doubt, as he awaits the report into parties at Downing Street and Whitehall.

It is understood the report – compiled by senior civil servant Sue Gray – will be sent to Number 10 shortly, as opposed to in a matter of weeks or months.

Mr Tugendhat, the MP for Tonbridge and Malling who has been critical of the government’s handling of the Afghanistan withdrawal, said he wanted to be open about his ambition.

He said: “It would be a huge privilege. It’s one of those questions that I know many people ask and some people, some of my colleagues are coy about and I don’t understand why.

“I don’t think you should be embarrassed to want to serve your country. I was very proud to serve my country in the armed forces and I got to the highest rank I could so that I could have the best effect that I could.

“And I was very proud to serve as a diplomat around the world.”

On Friday, the Daily Mail reported that centrist Tories are backing Mr Tugendhat to be Mr Johnson’s successor.

The version of Ms Gray’s report set to be made public will be redacted to ensure it complies with the Metropolitan Police’s earlier request that nothing jeopardises its inquiry, it is believed.

It comes after the Met said on Friday evening that it had received the information to support its investigation and denied trying to delay the report.

Tesla Model 3 refresh prototype spotted being tested
Bill Gates says Elon Musk’s ambition to colonize Mars is not a good use of money
British Army: ‘The army is in a dire state’ – Tory MP and Defence Committee chair
Zoo director accused of killing four pygmy goats and serving them up at a Christmas party
Some of Wall Street’s biggest names are exposed to the Adani Enterprises plunge