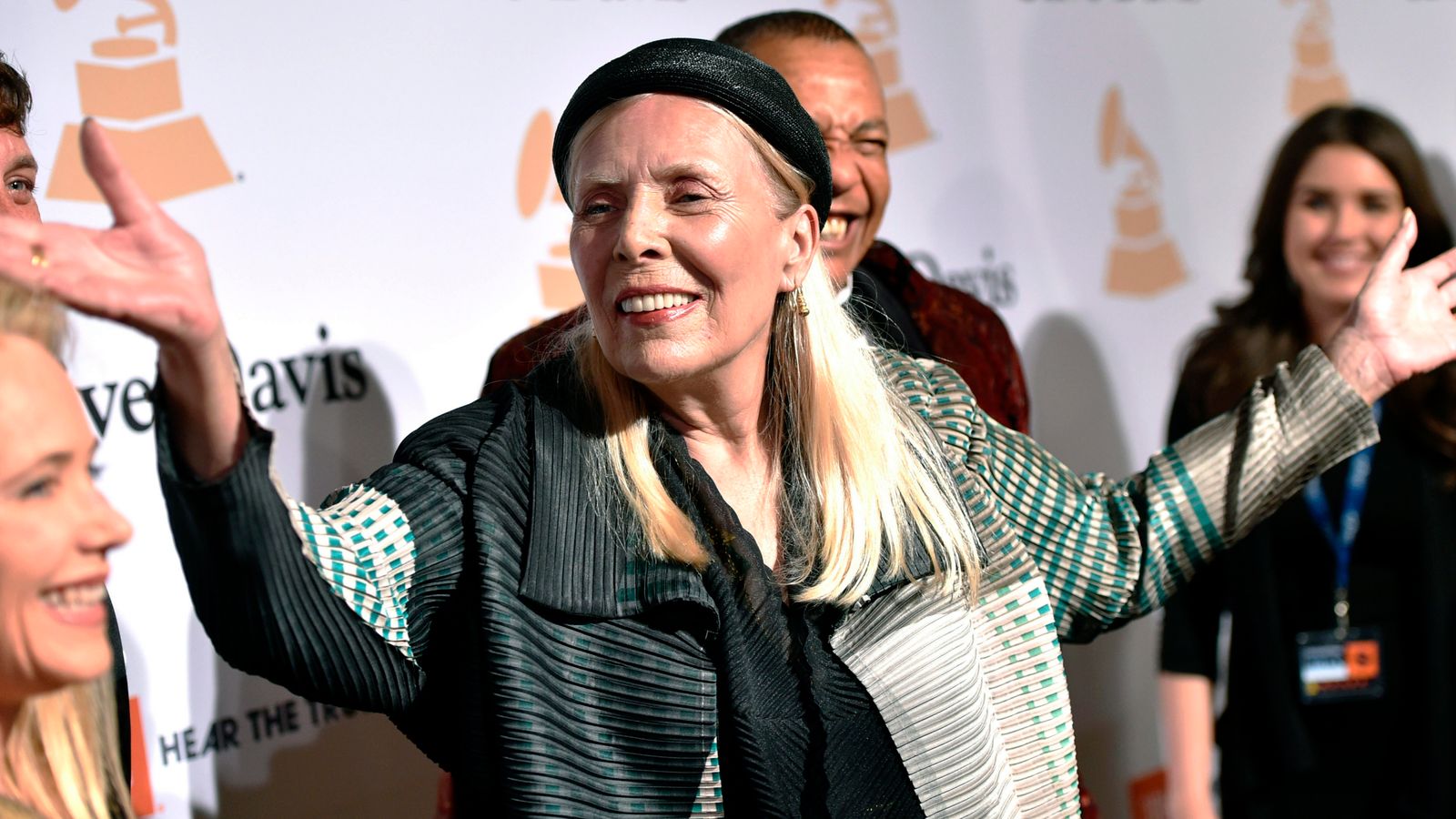 Joni Mitchell is removing all her music from Spotify in “solidarity” with Neil Young, following controversy over the spread of COVID misinformation on the platform.

The Grammy award-winning singer said the streaming giant was allowing “irresponsible people” to spread “lies that are costing people their lives”.

In a statement on her official website, the 78-year-old said: “I stand in solidarity with Neil Young and the global scientific and medical communities on this issue”.

It comes after Young removed his own catalogue of music from Spotify after it hosted The Joe Rogan Experience (TJRE) podcast, which has discouraged vaccination in young people and shared a number of incorrect claims about the jab.

Mitchell shared an open letter signed by a coalition of medical professionals that called on Spotify to take action against “mass-misinformation events”.

It made reference to a December episode of TJRE in which “baseless conspiracy theories” were promoted.

“Spotify is enabling its hosted media to damage public trust in scientific research and sow doubt in the credibility of data-driven guidance offered by medical professionals,” the letter said.

“JRE #1757 is not the only transgression to occur on the Spotify platform, but a relevant example of the platform’s failure to mitigate the damage it is causing.”

Spotify said it “regrets” the decision made by Young, adding it “hope[s] to welcome him back soon”.

In response to Young’s concerns, Spotify said it aimed to balance “both safety for listeners and freedom for creators” and had removed over 20,000 podcast episodes related to COVID since the start of the pandemic.

It acquired The Joe Rogan Experience podcast in 2020, reportedly for more than $100m (£77m). Since then, it has grown to be the top-rated podcast on the platform.

Young has now moved his music to Amazon Music, praising the platform for “leading the pack”.

In a Twitter post on Friday, he said: “All folks looking for my music can easily head to AMAZON MUSIC … all new listeners will get four months free.”

Meanwhile, Barry Manilow has denied rumours he will follow suit and remove his music from Spotify.

Writing on Twitter, the Copacabana singer said: “I recently heard a rumor about me and Spotify.

I recently heard a rumor about me and Spotify. I don’t know where it started, but it didn’t start with me or anyone who represents me.

“I don’t know where it started, but it didn’t start with me or anyone who represents me.”

PM was told of Raab’s ‘unacceptable behaviour’ before appointing him to cabinet, source says
What we know about Nicola Bulley’s disappearance
Google poised to unveil how it plans to take on ChatGPT
Dominic Raab should be suspended over bullying claims, says ex-Tory chair
Elon Musk cleared of deceiving investors with Tesla tweet