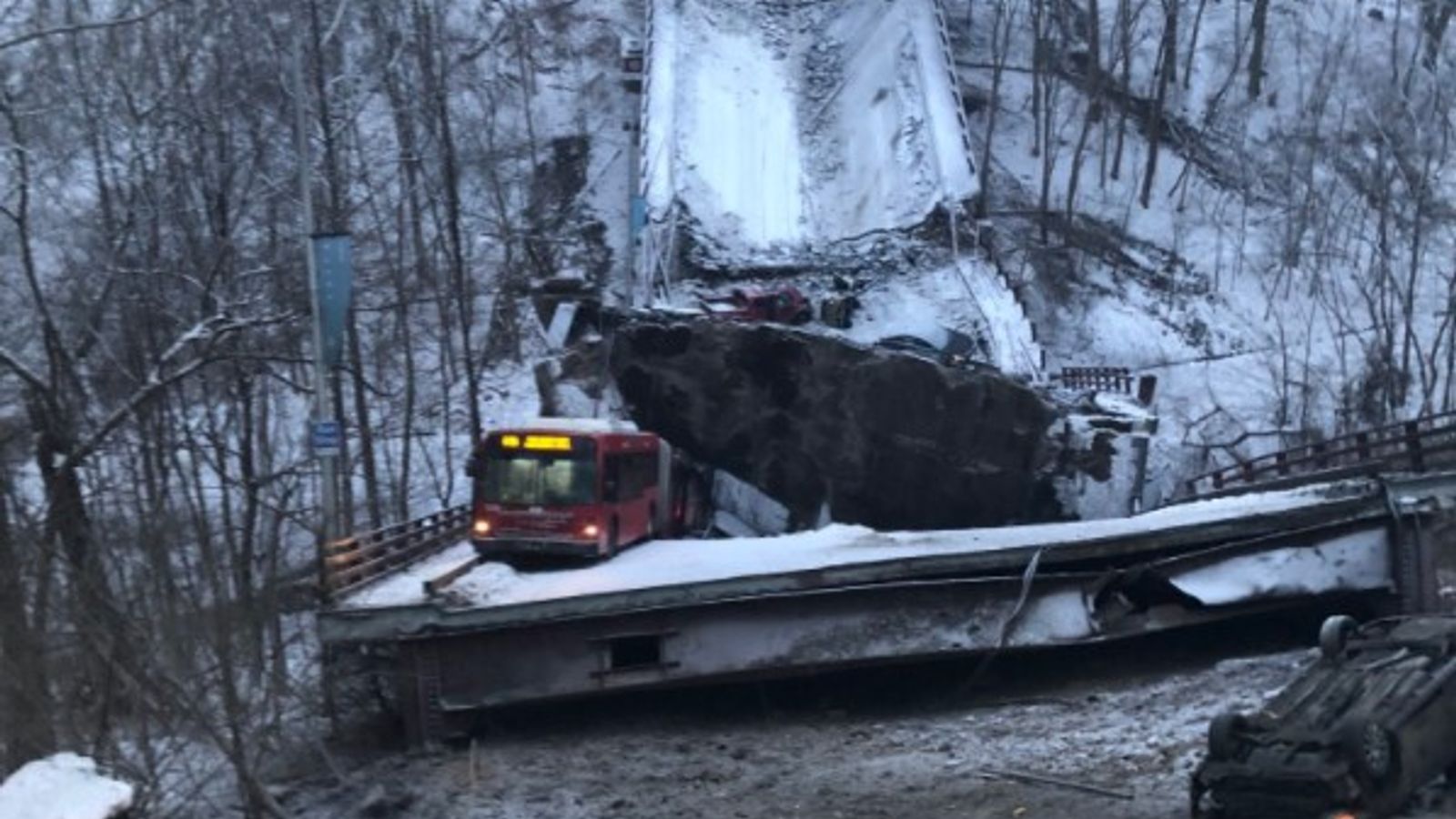 A two-lane bridge has collapsed in Pittsburgh just hours before US President Joe Biden was expected to visit to discuss his infrastructure bill.

Rescuers had to rappel nearly 150ft (46 metres) while others formed a human chain to help rescue people from a dangling bus.

There were minor injuries but no fatalities reported, although drones are being flown to make sure no one is under the rubble.

Police said the bridge – on Forbes Avenue over Fern Hollow Creek in Frick Park – came down just before 7am local time on Friday.

A photo from the scene showed a commuter bus upright on a section of the structure.

City officials said the collapse caused a gas leak, which prompted the temporary evacuation of some nearby homes, but the gas supply has now been shut off.

Pittsburgh fire chief Darryl Jones said three or four vehicles were involved in the collapse and there were 10 minor injuries with three people taken to hospital.

None of the injuries are life-threatening, he added.

“Our team is in touch with state and local officials on the ground as they continue to gather information about the cause of the collapse,” the statement said.

“The president is grateful to the first responders who rushed to assist the drivers who were on the bridge at the time.”

The collapse is an example of how dilapidated many of the country’s bridges are – Pennsylvania has 3,198 bridges rated as being in poor condition, according to the US Department of Transportation.

The president’s $1trn (£750m) infrastructure bill – one of the main achievements during his first year in office – includes money for bridge maintenance.

Netflix says new password sharing rules were posted by accident
‘Coming very soon!’: Jeremy Renner shares image of new show which will be out ‘as soon as I’m back on my feet’
Why is the UK economy predicted to perform so badly?
Community ‘in shock’ over Nicola Bulley’s disappearance – as friends strive to protect daughters
Avis has new T&Cs for renting its EVs, and they’re a little weird