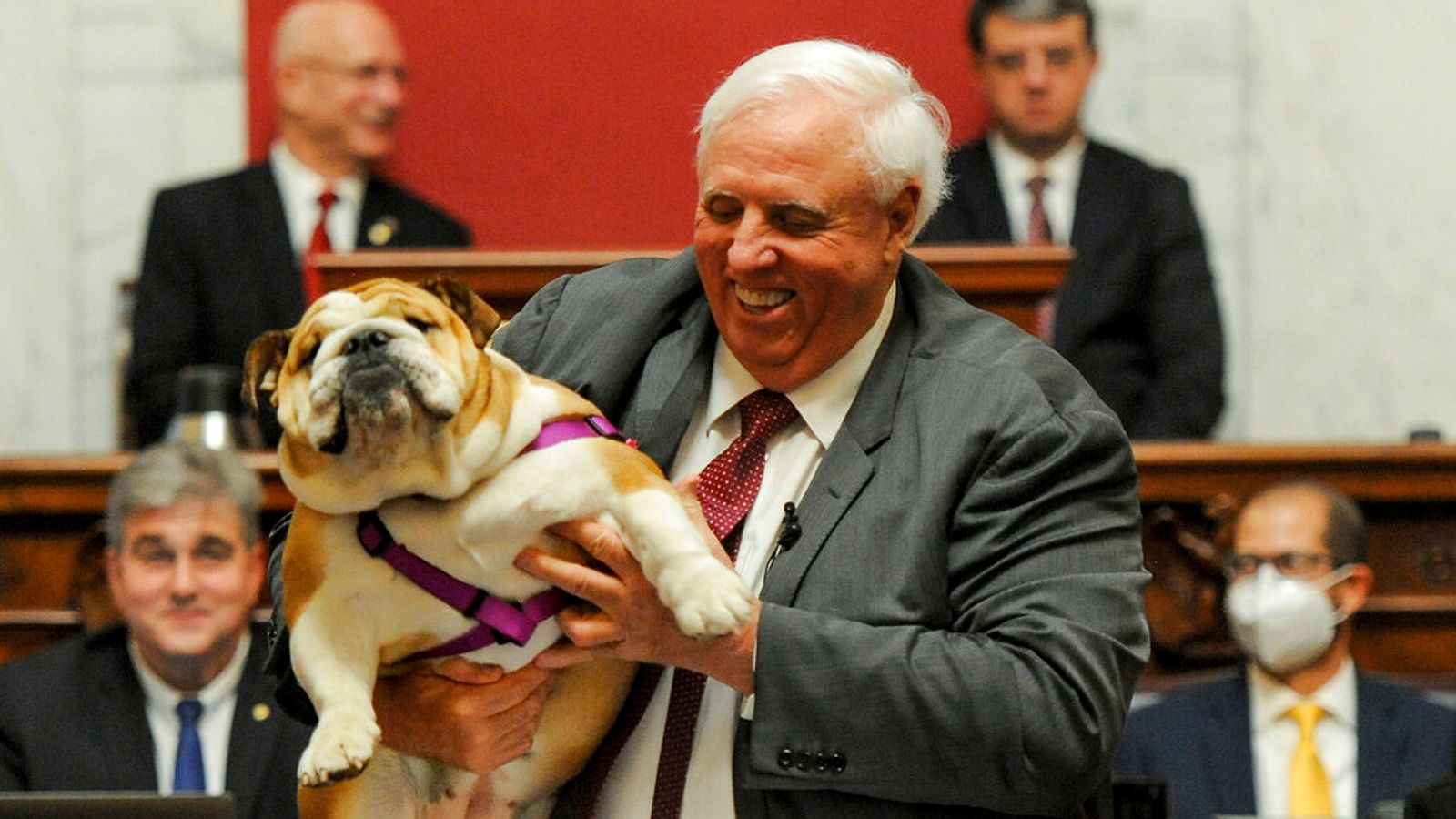 The governor of West Virginia lifted up his dog, raised its backside in the air, and told the actress Bette Midler to “kiss her hiney!” – as bizarre scenes played out in the state’s capitol building.

Jim Justice performed the stunt as he took aim at his critics towards the end of his televised State of the State address on Friday.

Midler responded in a tweet by suggesting a dog’s rear end would make a better governor than Mr Justice.

The actress and singer had been singled out by the 70-year-old Republican after she described the people of West Virginia as “poor, illiterate and strung out” in a tweet in December.

Mr Justice hadn’t forgotten her choice of words when he said during his speech on Friday: “Absolutely too many people doubted us.

“They never believed in West Virginia… they told every bad joke in the world about us.”

He then picked up his bemused-looking English bulldog, named Babydog, and swung her backside towards the cameras as he said: “And so from that standpoint, Babydog tells Bette Midler and all those out there, kiss her hiney!”

Mr Justice laughed as he received a round of applause.

Midler later posted a chart on Twitter which claims West Virginia falls behind most other states in key areas such as health and education.

She wrote: “Here are the state rankings of all the areas and agencies for which the so-called ‘Governor’ of WVA, #JimJustice, is responsible. Judging from these rankings, I’d say his dog’s a** would make a better governor than him!”

Midler had earlier retweeted a post which showed Mr Justice holding Babydog’s rear in the air.

GM and Netflix kick off ‘strategic alliance’ for EV exposure with Super Bowl ad starring Will Ferrell
‘Nobody is born smart’: Ex-commander of Russian mercenary group apologises for fighting in Ukraine
‘I don’t know how I am coping’
Strong earthquake hits Turkey, killing at least 10 – and felt elsewhere in the Middle East
One of UK’s most wanted arrested in Morocco over Essex drive-by shooting