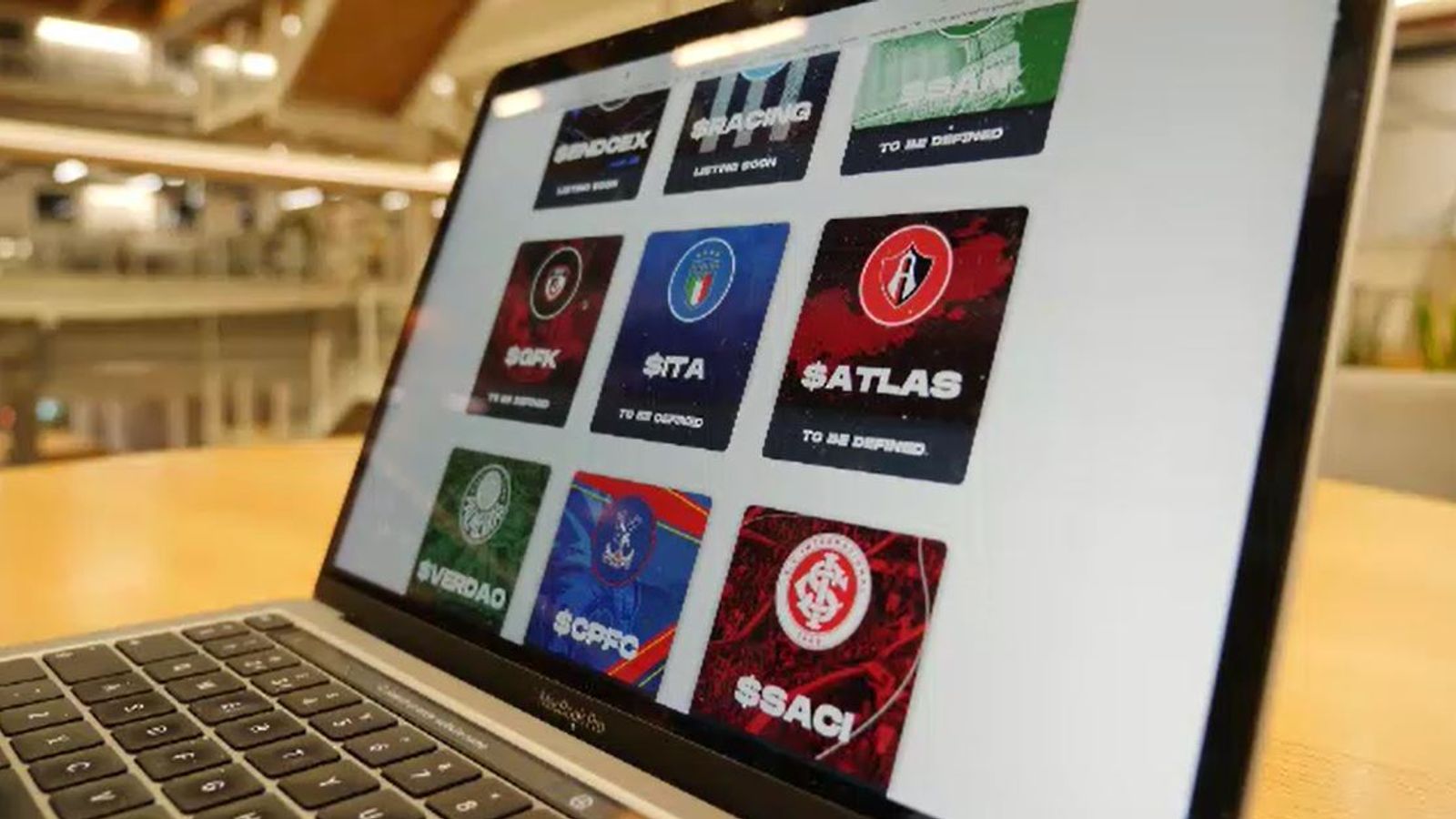 The boss of the largest sports crypto-currency trading platform has defended a business model that has generated millions of dollars in new revenue for football clubs and sports leagues, but drawn criticism that it tempts supporters into high-risk, opaque investments.

Alex Dreyfus, chief executive of socios.com, told Sky News that the crypto-based “fan tokens” his company trades on behalf of five Premier League teams offer a new form of digital engagement for supporters around the world.

Socios says supporters spent $300m last year on fan tokens issued by 120 clubs in the UK, Europe and the Americas last year, including Arsenal and Manchester City, PSG and Internazionale.

Mr Dreyfus said the tokens, which can only be purchased with cryptocurrency Chiliz and confer voting rights in club polls and competitions, are analogous to a membership scheme, with trading a secondary concern for most supporters.

“The value that is provided is not financial and will never be financial, the value is about the experience, and the relationship between me, the fan, and the club.

“We believe that 99% of sports fans are not in a stadium, and therefore clubs need to offer more and more digital tools towards these fans.”

His comments come as the Financial Conduct Authority launches a clampdown on the marketing of cryptocurrencies to address the “hype and competition” it says drives young people towards complex digital products they do not always understand.

FCA head of markets Sarah Pritchard told Sky News: “We see particularly among young people that there is a big disconnect between levels of understanding and the risk that is posed.

“That is the tagline of our ‘Investsmart’ campaign, we have said that we don’t want people to get played. We say pause, do your research and don’t believe the hype.

“There are complexities [with fan tokens] and we want people to know the risks they’re getting into.

“As to whether there are higher risks with football than other adverts that other people might see on social media or elsewhere, I don’t know the answer to that.”

Mr Dreyfus denied that fans are ill-informed about his product and points to disclaimers that appear when trading on the socios app.

“It’s insulting to fans to say that they don’t know what they are doing,” he said.

“It’s not fair to say to people, the one and a half million users we have now or the millions we’re going to have in the next few years, to say that they don’t deserve to actually have a sale, or be part of a community.

The risks inherent in this emerging market were illustrated this week with confirmation that rival crypto sports platform Iqoniq, which had deals with La Liga in Spain and the McLaren Formula One team, has gone into liquidation leaving tokens worthless.

Football clubs have nevertheless rushed to exploit a new revenue stream that appears to have conjured huge value apparently out of thin air and a means of monetising fans around the world.

Fan tokens’ value ostensibly derives from giving its owner a say in club matters, often trivial such as what song will be played at half time, or which player will run the club Instagram account for a day.

They also create a bespoke club cryptocurrency, however, the value of which Socios says is determined by supply and demand and fan sentiment.

With clubs holding the balance of tokens and deciding when to release them for sale, analysis has shown the major driver of price fluctuations is not a club’s form or supporter engagement, but the wider, and highly volatile, crypto market.

Arsenal have sold $5m of fan tokens since launching the product last year but the value is now less than half than at launch, and last year the club was censured by the Advertising Standards Authority for marketing material that triviliased the risks of crypto investment.

“My concern is that cryptocurrency is completely unregulated, there are no rules and yet they’re being pushed at football fans with a promise of engagement.

“Before fans are buying up all these tokens, I think more needs to be done by the Premier League or by the government to put in place a regulatory framework so fans don’t ultimately end up losing their money.”

A spokesperson for Arsenal said: “We take our responsibilities with regard to marketing to our fans very seriously.

“We carefully considered the communications to fans regarding our promotions and provided information regarding financial risks.

“We will endeavour to comply with the ASA’s guidance regarding future communications in this fast moving area, however we are seeking an Independent Review of the ASA’s ruling to seek greater clarity on the ASA’s current position.”

Fan tokens are one of several new digital revenue streams sports brands are exploring as they chase digital engagement.

Another are NFTs (non-fungible tokens) or digital collectible products, analogous with cigarette cards or Panini stickers for the smartphone era.

The Premier League is understood to be examining concerns raised by fans’ groups that clubs are effectively selling supporter representation via fan tokens that they ought to offer as a matter of course.

The league is itself considering whether to produce its own NFTs, but no decision has yet been made.

PM plans to ban Channel migrants from appealing deportation
Avis has new T&Cs for renting its EVs, and they’re a little weird
‘No excuse for dodging scrutiny’: Labour demands report on levelling up progress
Bill Gates says Elon Musk’s ambition to colonize Mars is not a good use of money
‘He wants world dominance’: Pompeo reveals who he thinks is more dangerous than Putin