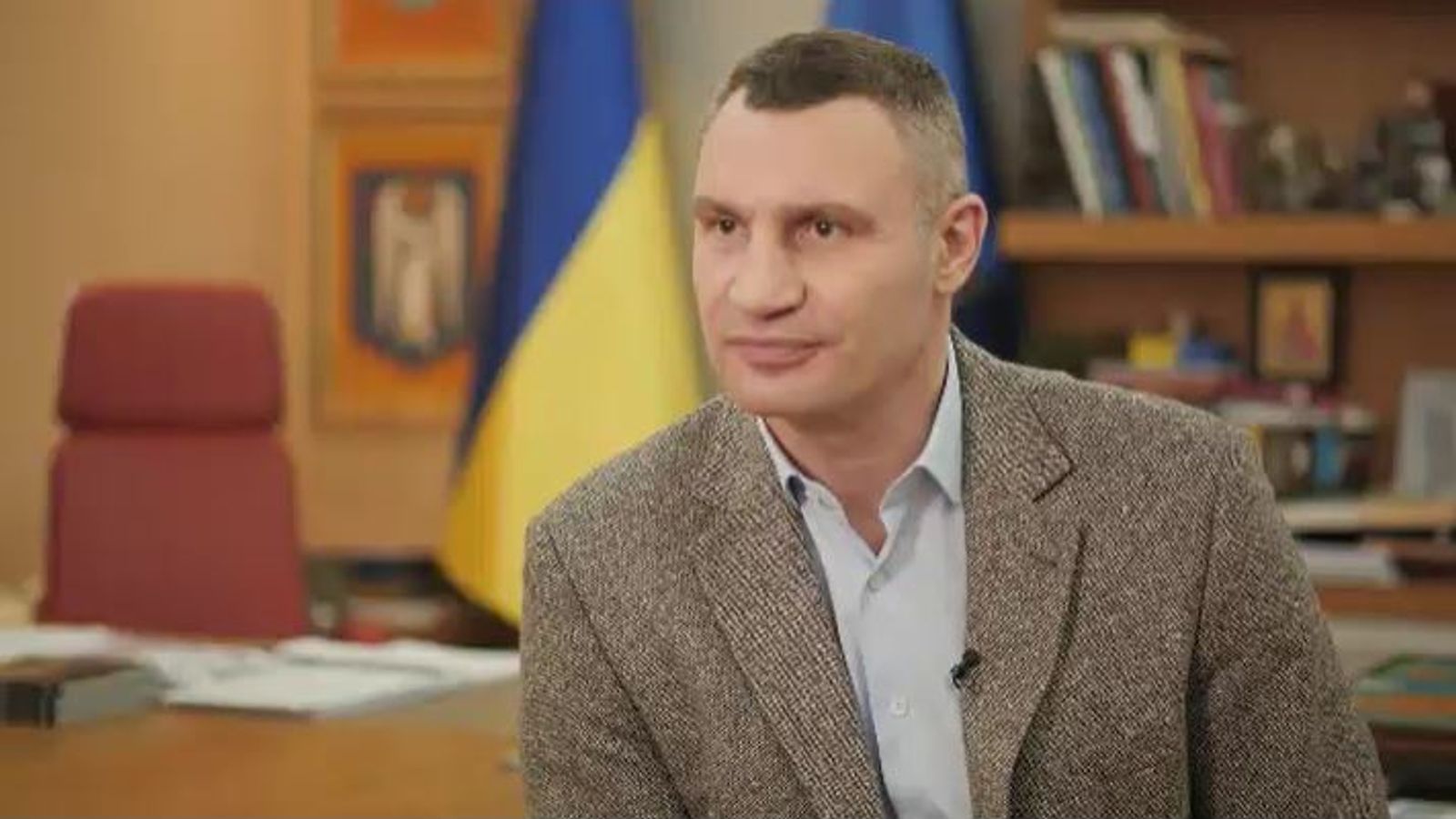 The mayor of Ukraine’s capital Kyiv has told Sky News he is “very worried” about the situation with Russia and expressed concern that the West may not be united in its support of Ukraine.

“I want to say thank you… but it’s not enough. It’s not really help.”

He said that Germans “have to decide which side” they are on, as “right now, it is not clear”.

Read more: US responds to set of Kremlin demands and says it is now up to Moscow as ‘we’re ready either way’

Mr Klitschko’s comments come after he scalded Germany’s government in an interview with German newspaper Bild, saying: “What kind of support will Germany send next? Pillows?”

The dispute highlights the complicated task the US faces in its attempts to build agreement with European allies – some of which maintain strong business relations with Russia and rely heavily on it for energy – on a strong sanctions package if Moscow attacks.

Meanwhile, Mr Klitschko sent his thanks to UK Prime Minister Boris Johnson and Britain for sending weapons to Ukraine.

“It is very important to us, especially at this moment,” he said, adding: “We are appreciative of our friends, for Great Britain, Boris Johnson, and also the United States.

He said he was “very much” worried about the current situation, along with the Ukrainian people.

“We have never had so many military forces on the border of Ukraine in the history of the country,” he said.

On Wednesday, the UK and US both said that personal sanctions could be imposed on Russian President Vladimir Putin if Russia invades its neighbour.

‘Ukraine wants to be a European country’

“And we are right in our constitution – it is our way to be a part of the European family.”

But he said Ukraine’s vision is “not the plan of our eastern neighbour”, meaning Russia.

He said Mr Putin has been “very open” about his strategy.

‘We have to defend our country’

“I guess it is the main point why the Russians are so aggressive,” Mr Klitschko said, adding: “We in Ukraine are peaceful people, we are not aggressive to anyone.

“We never think about war and we hope it will never, ever happen.

“But right now, in this situation, we have to prepare to defend our country.”

On whether Ukraine is ready to fight Russia, Mr Klitschko said: “We don’t have any other choice. If someone attacks us we have to defend our families, our cities.

What would a Russian invasion of Ukraine look like?

‘Attack would be Putin’s biggest mistake’

The mayor said his message to the Russian leader would be that “the world has changed”.

He added that “the time is different” and that Ukraine does not share a vision that harks back to the Soviet Union.

Mr Klitschko said that if Russia decides to attack, it would be the “biggest mistake” of Mr Putin’s presidency.

Little protest among Tories over Zahawi sacking – but Sunak now has even more ground to make up
Inside the conclave: How it works
Classified documents found at home of former vice president Mike Pence
The DOJ’s antitrust case against Google is ambitious but risky
California gunman identified as ‘distrustful’ ballroom dancing fan