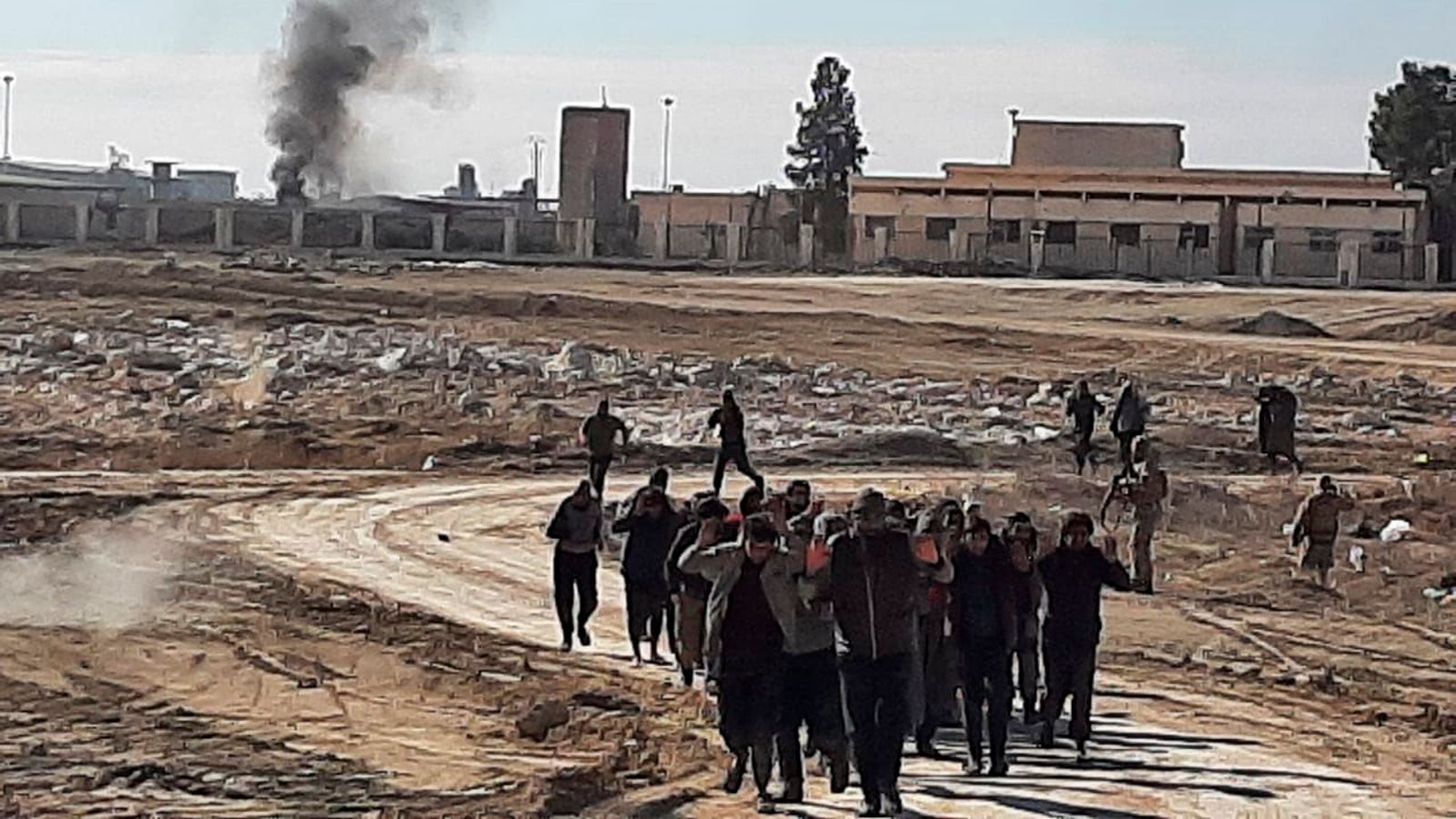 Kurdish-led forces have taken full control of al-Sina’a prison in Syria’s north-eastern city of Hasaka, ending a week-long assault by extremists on the detention facility.

Spokesman Farhad Shami said all Islamic State militants had surrendered hours after 500 had given themselves up following clashes in some buildings.

It comes a week after a breakout by Islamic State prisoners left dozens dead, as IS fighters used vehicles and explosives to ram through the prison walls before entering the building with heavy machine guns.

There has been no update yet on the 850 children and minors – who lived alongside the nearly 5,000 prisoners in the overcrowded jail – that have been caught in the crossfire.

The UN and international aid organisations have expressed concern for their lives.

“It’s very hard to even imagine what atrocities these children are witnessing,” Juliette Touma, from UNICEF, said previously.

The Syrian Democratic Forces (SDF), aided by US troops, began to storm the prison on Monday.

British Special Forces and the US military had been involved in the operation to retake the prison, sources told Sky earlier this week.

Al-Sina’a is the largest prison facility where the SDF has kept thousands of detainees. The relatives of many say they were arrested on flimsy charges for resisting the SDF’s forced conscription.

The Kurdish-led militia denies this.

The fighting has also forced more than 45,000 civilians – mostly women and children – to flee their homes.

The prison’s inmates were all detained during the US-backed campaigns that drove IS from its last territorial enclave in Syria, back in 2019.

Dominic Raab should be suspended over bullying claims, says ex-Tory chair
Alec Baldwin to make first court appearance over fatal Rust shooting this month
British Steel draws up plan for 800 job losses amid government funding talks
Europe is set to ramp up its oil war against Russia — and markets are bracing for more disruption
‘Stop playing games’: Union takes aim at PM with thousands of ambulance workers to strike over pay