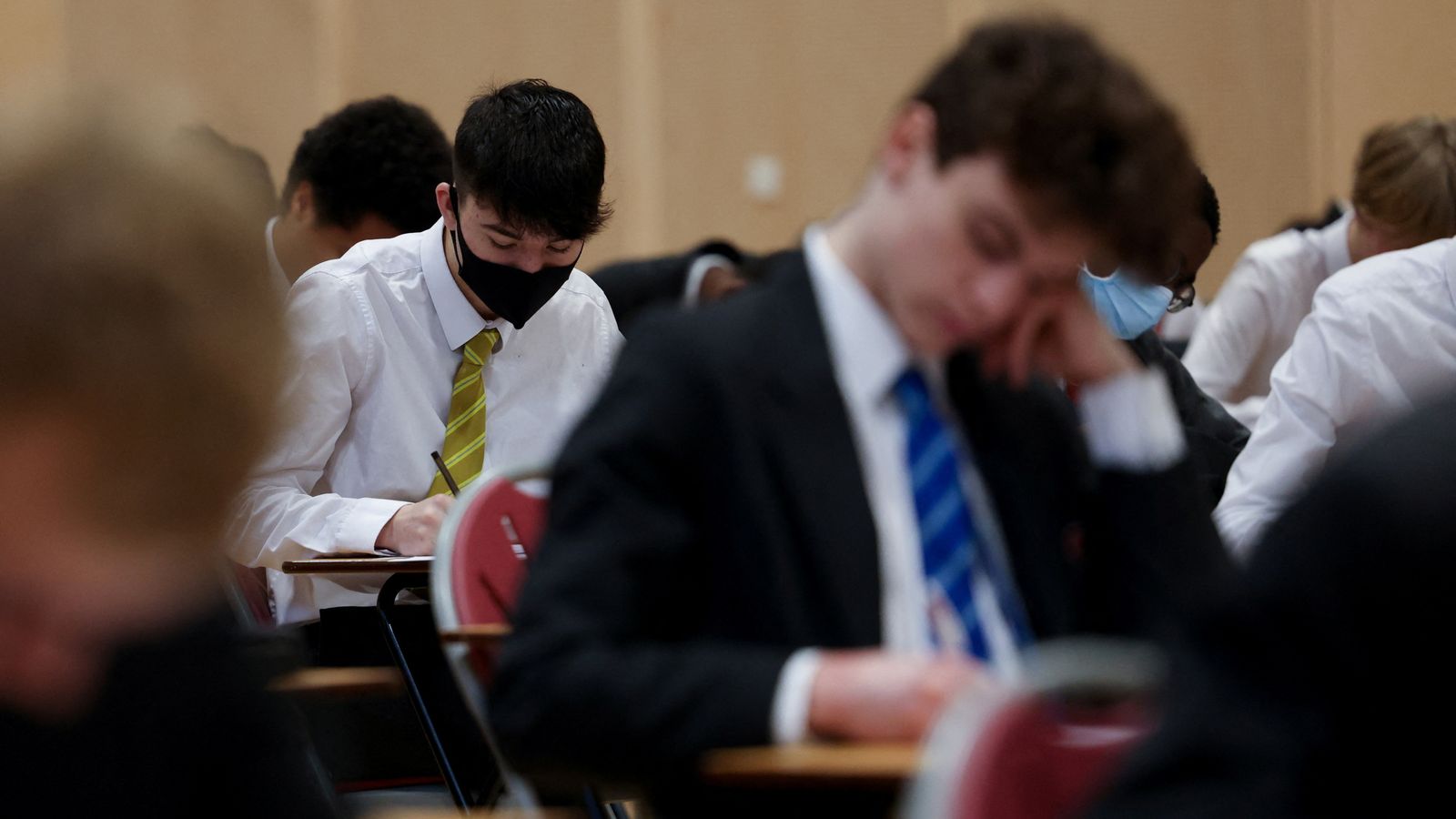 The return to school is driving up Omicron infections in children and could lead to another surge in adults, scientists have warned.

The latest results from the REACT-1 study, which is based on around 100,000 random tests across England, show that the infection rate in primary school-age children was 7.8% – and rising – during the study period of 5 to 20 January.

By contrast infection rates in adults were far lower and falling, with people over 75 least likely to have COVID at 2.4%.

Opposing trends in the old and young

The opposing trends meant that across the population infections decreased at first but have since begun to level off at what is still a high rate.

Professor Christl Donnelly from the WHO Collaborating Centre for Infectious Disease Modelling at Oxford University, and one of the researchers, said it’s unclear how long infection rates will continue rising in children.

“As someone with a child who goes to school, that is a potential risk factor for the rest of the family.

“But there has already been a lot of transmission among adults and a lot of vaccination as well.

“So we will see (high infection rates) played out in children and then potentially people who come into contact with them having a risk as well.”

The researchers say children were more likely to be infected with Delta than Omicron before Christmas. But the new variant has now spread to all age groups.

Prof Donnelly said the festive break disrupted normal behaviour patterns, with adults who had been working from home having more social contacts, but children having fewer because they weren’t at school.

Read more: One in three English schools has staff absence levels of more than 10%

That could also be a reason for the delayed surge in children.

“They seem to be out of sync with adults,” she said.

How accurate is the data?

The decrease in cases followed by a more recent levelling off – much like a hockey stick – mirrors the trend in daily reported cases on the government dashboard.

There had been concern that the overwhelmed testing system and then the change to PCR testing rules had made the daily stats unreliable.

But Professor Paul Elliott, Director of the REACT programme at Imperial College London, said that infection rates found in the study “match quite closely”, though the more recent data is uncertain.