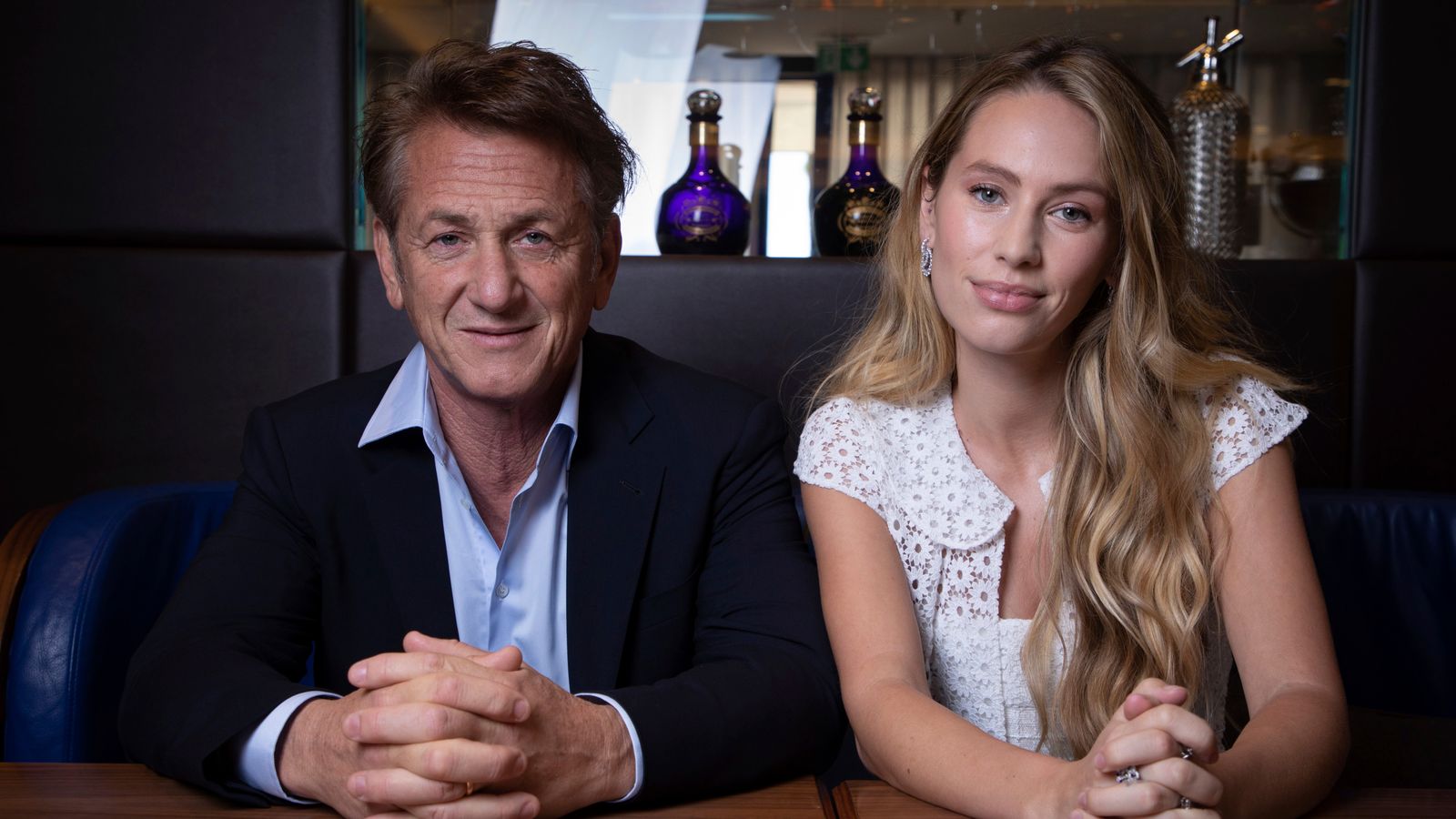 From playing an ex-con dealing with his daughter’s murder in Mystic River, to his portrayal of California’s first openly gay elected official in Milk, Sean Penn has had one of the most varied and acclaimed careers in Hollywood.

Those roles have made him a two-time best actor Oscar winner, with three other nominations – for Dead Man Walking, Sweet And Lowdown and I Am Sam – also under his belt, as well as praise for his work behind the camera on films such as Into The Wild.

Penn has also made headlines outside his performances; his marriage to Madonna in 1985 made them one of the most famous couples in the world at the time, and he is also a star who has never been afraid to speak his mind on political issues or use his platform to highlight causes he believes in.

So with the 61-year-old’s children, daughter Dylan and son Hopper, following in his footsteps, it is no surprise they would turn to him for advice on how to navigate the industry. His latest project, Flag Day, not only sees Penn both acting and directing for the first time, but also starring alongside his children.

Based on the true story of US journalist Jennifer Vogel’s account of her life with her father, the notorious conman, counterfeiter and bank-robber John Vogel, the film follows the pair over 20 years.

Dylan, 30, whose mother is actress Robin Wright (Forrest Gump, House Of Cards), grew up in northern California, away from Hollywood, and never set out to follow her famous parents into acting. She is a successful model and had ambitions of working in the industry but behind the camera. However, Sean says he always envisioned her playing the part of Jennifer Vogel.

Having encouraged her and Hopper, who plays Jennifer’s brother Nick Vogel, the star tells Sky News the industry is very different to the one he started out in in the early 1980s, and shares his advice for his children.

“The business I knew is not the business of today,” he says. “Especially with the lingering effects of the COVID pandemic, you know, on every level of the business or the creative filmmaking, one wonders what the future is going to be.

“With the injection of streaming, the convenience, capability of seeing films at home theatres and so on – which would not have been my guidance… I’m still a guy who fell in love with the girl whose name is cinema in a movie theatre in the dark with strangers. I think the kinds of stories that interest me are the ones that want to be experienced in that way.”

In 2022, there is an “extraordinary amount of content”, he says, likening today’s culture of streaming to a huge bookstore where people don’t cross paths. “It seems to be a less unifying experience for culture and society at any given time than it was when I fell in love with it.”

However, he continues: “That said, there is [also] some of the most extraordinary writing, acting, directing. The good things are really kind of miraculously good – though built to addict; this is not taking a couple of hours of our volunteered time to go in and have a cultural experience, this is something that’s meant to grab us and hold us as long as it can.

“For actors getting involved in the world today, you’re talking about very prestigious things in terms of how the business is perceived, which is to get a part in a series. Well, that part in a series might mean you’re not going to do any other parts for six years.

“The actor’s career, I would find it very treacherous were I starting today… I think all of the things, from the audition process to the selectivity to the competition, I think it’s all on a much higher level than it was. So I worry, given that I have been encouraging to both of my kids… there’s a part of me that just hopes that they’ve got their laser focus on the path through that all that interests them and is of value to them, so that they don’t get distracted by all the noise of too big a library.”

Flag Day, which also stars Katheryn Winnick, Josh Brolin and Regina King, presents an intimate portrait of a young woman who struggles to rise above the wreckage of her past – while reconciling the inescapable bond she has with her father.

It might be her first major role, but Dylan’s performance will certainly silence any critics who might question why she got the part.

She read Jennifer Vogel’s book as a teenager, but never felt ready to take on the role until now. While Vogel clearly had a very complex relationship with her father, Dylan says she was able to see similarities with her own circumstances.

“It’s a very complicated relationship between Jennifer and her father, and I think I can relate to that,” she says. “But [it’s] also very different in the way that my dad and I are very transparent with each other, whereas Jennifer was always striving to have that with her father but wasn’t given that in return.

“I think in terms of life experience, I do feel like there’s a parallel with me and Jennifer in terms of trying to find your authentic self and kind of identifying yourself as separate from your family. I think that that rang true for me.”

As a child of two very famous parents, Dylan says she has always been conscious of forging her own path.

“If people know who my parents are before I walk into room, there’s a perception that’s preconceived,” she says. “So I think I felt a little disabled by that at times and felt insecure before walking into a room or going to a new school or starting a new job.

“Then as I got older, [I realised] that’s just a part of who I am. I am separate, I am an individual, but that’s always going to be a part of my identity.”