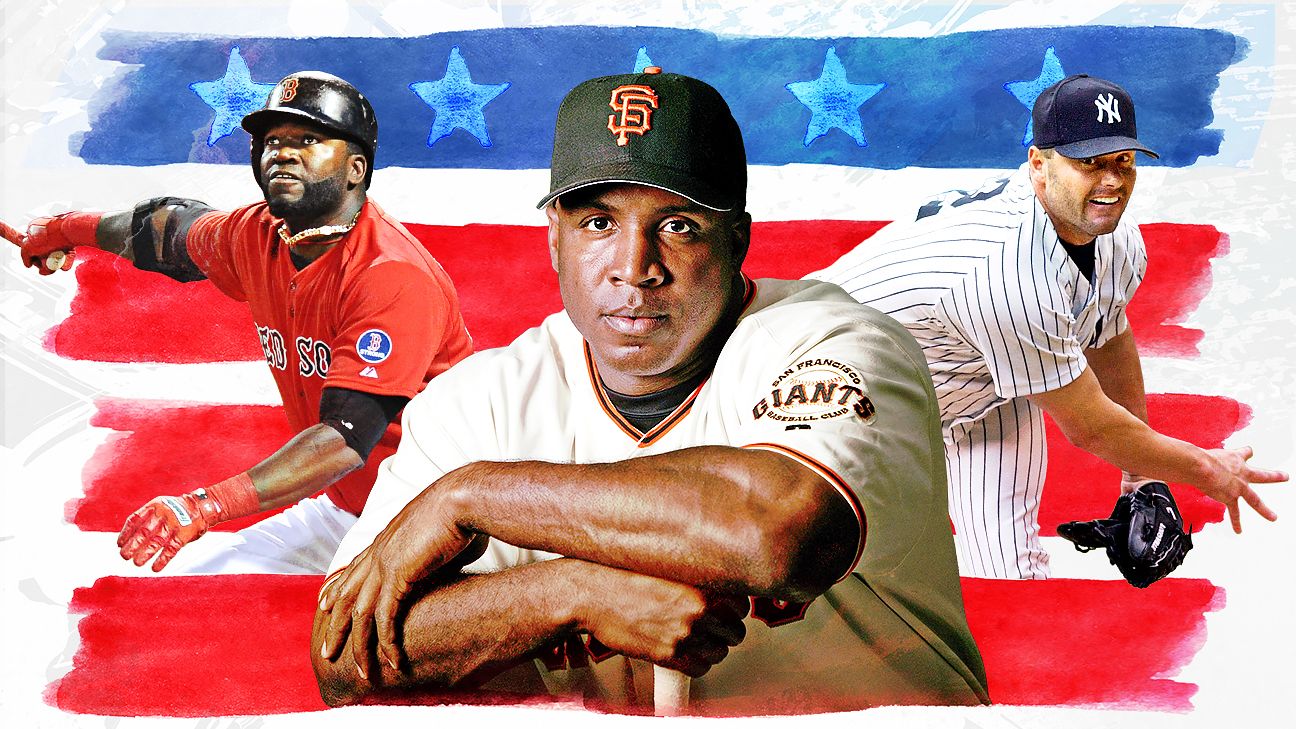 The Baseball Hall of Fame will announce the results of the Baseball Writers Association of America voting Tuesday, and it’s a winter tradition that has become as much fun as shoveling wet, heavy snow that sits atop a layer of super-slick ice. Hall of Fame debates are no longer just about who was a better baseball player, but weighing whose transgressions voters are willing to look past and whose they won’t.

Last year, 401 members of the BBWAA participated in the voting, meaning players needed 301 votes (75%) to get elected. Despite a ballot that featured 10 players with at least 60 career WAR — a total that roughly makes a player a viable Hall of Fame candidate — the writers didn’t elect anybody, with Curt Schilling coming closest at 71.1% of the vote and leaving him 16 votes short of election.

Schilling, facing his final year of eligibility in 2022, then asked to be removed from the ballot. “I’ll defer to the veterans committee and men whose opinions actually matter and who are in a position to actually judge a player,” Schilling wrote on his Facebook page. The Hall of Fame’s board of directors voted unanimously to leave Schilling on the ballot. The response from the BBWAA? A player usually receives a final-year boost, but Schilling — no stranger to controversy, of course, even before his little pique of anger — has seen his support decline. Via Ryan Thibodaux’s Hall of Fame tracker, we know Schilling’s percentage on public ballots (voters who reveal their selections before the results are announced) dropped to 60.7% (through 168 ballots revealed). He’s not getting in.

That gets us to this year’s announcement. It’s the final time on the ballot for Schilling, Barry Bonds, Roger Clemens and Sammy Sosa — along with the first for Alex Rodriguez and David Ortiz, the two newcomers with the strongest credentials. Some things to watch for heading into the 6 p.m. ET announcement:

1. Will Ortiz get elected?

It’s looking like … maybe? Ortiz is sitting at 83.7% of the public vote, with 45.4% of ballots revealed. That doesn’t mean he’s a lock. The percentages for the pre-result ballots are always higher and steroid-associated players usually take an even bigger hit. Bonds, for example, received 73.7% of the pre-result public ballots last year, but just 42.6% of the private ballots. The question: Is Ortiz viewed as a steroid guy? That is a complicated answer. His name was leaked as part of the 2003 anonymous survey testing, but he never failed a test after that. Of course, neither did Bonds or Clemens. I don’t think Ortiz is viewed in the same light as those guys, in part because he didn’t break records, and in part because … well, everyone loves Big Papi.

In fact, this is where Schilling, warts and all, may have a legitimate gripe. He trounces Ortiz in career WAR, 79.5 to 55.3. Ortiz, of course, had his legendary moments in the playoffs — but so did Schilling, who has a 2.23 ERA over 133 career postseason innings including the World Series, which he won three times. On numbers alone, Schilling should be a slam-dunk Hall of Famer while Ortiz is a borderline case. The only first-ballot Hall of Famers with a lower career WAR than Ortiz are Lou Brock and Kirby Puckett.

While Ortiz might go for 1-for-1 on the ballot, Schilling will go 0-for-10. Is it really as simple as Ortiz is beloved while Schilling isn’t? That’s part of it — certainly it has been the past three or four years, when Schilling’s noxious social media behavior turned some voters off him. It has also been bad timing on Schilling’s part. He hit the ballot in 2013, a year that included nine players since elected to the Hall of Fame, along with Bonds, Clemens, Sosa, Mark McGwire and Rafael Palmeiro. The voters were so confused, nobody made it. The next year, Greg Maddux, Tom Glavine and Frank Thomas joined the list, making it even more crowded, and then Randy Johnson, Pedro Martinez and John Smoltz after that. The ballot was incredibly crowded for several years — remember, voters can vote for a maximum of only 10 players — and Schilling could never get the momentum going. Once he did, he torpedoed his own case.

There is something else in play here when comparing Schilling to Ortiz — or to a similar candidate like Smoltz. Bill James recently published a study that showed “one team” players fare much better in Hall of Fame voting than players who played for multiple teams. Ortiz played for the Twins, but nearly all his career value came with the Red Sox. He’s a “one team” player. Schilling spread his value among the Phillies, Diamondbacks and Red Sox. This has also perhaps hurt Gary Sheffield, who played for eight different teams and earned at least 5 WAR with five of them.

2. Will Bonds and Clemens make it?

They are polling at just over 75% — 77.5% for Bonds, 76.4% for Clemens. Again, based on past results, that means they will fall short as both take a hit in the nonpublic voting. A year ago, both were over 73% in the pre-result ballots, but would finish at 65%, so a similar 8% drop will leave them shy of election. 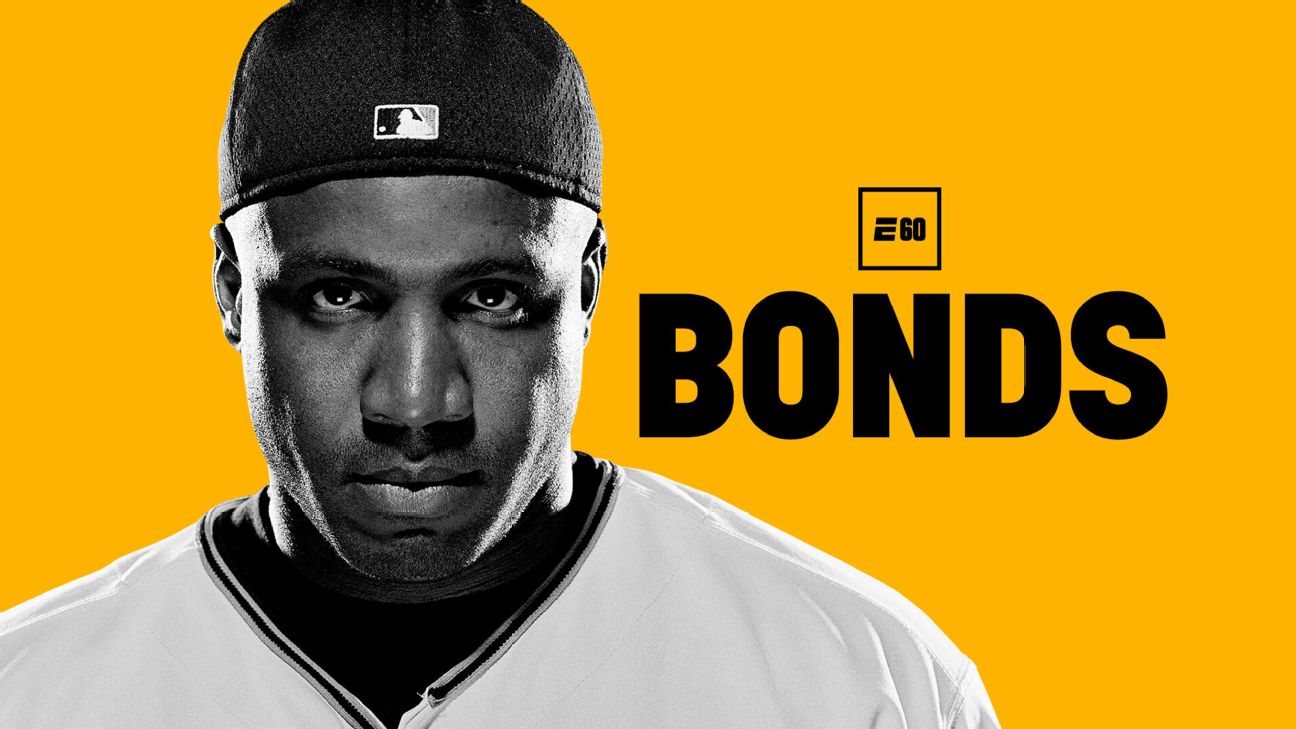 E60 examines the life and career of Barry Bonds as the former Pittsburgh Pirate and San Francisco Giant nears the end of his eligibility to be voted into the Baseball Hall of Fame. Stream on ESPN+

They will next be eligible for the Today’s Game era committee (as will Schilling), which considers players who made their mark from 1988 to the present and happens to be the next committee up in the cycle in December. It will be fascinating to see who makes it onto that 10-person ballot (which can also include managers, executives, umpires and owners) and how the 16-person committee will consider them. Given previous rejections of Mark McGwire on the Today’s Game ballot, Schilling may have a better chance at election than Bonds and Clemens.

3. How will Alex Rodriguez fare?

Rodriguez is at 40.4%, normally a strong starting point for a candidate. Of course, most candidates didn’t hit 696 home runs, drive in more than 2,000 runs or win three MVP awards — or admit to using PEDs or get suspended from the game for a season. Bonds and Clemens received just under 40% their first time on the ballot, so Rodriguez’s ultimate fate might end up tracking theirs. If Bonds and Clemens do get elected via the Today’s Game era committee, that might help Rodriguez.

Outside The Lines examines the Hall of Fame candidacy of Alex Rodriguez, and why it’s not likely he gets inducted his first time on the ballot.

4. How high will Scott Rolen and Todd Helton climb?

They are the best of the rest, with Rolen polling at 70.2% on his fifth ballot and Helton at 57.9% on his fourth. They won’t finish that high, but with Rolen already past the 50% threshold (he finished at 52.9% last year) and Helton perhaps going over it this year, their eventual election would seem guaranteed. With the recent selection of Gil Hodges by the Golden Days era committee, every player who received 50% of the vote from the BBWAA has eventually been elected. That might change with Schilling, Bonds and Clemens, but the path looks good for Rolen — perhaps as soon as next year, and then Helton maybe the year after that.

Last year, Vizquel received 49% of the vote (finishing ahead of Helton) while Jones received 33%, both on their fourth ballot. Both have a Hall of Fame case that rests significantly on defensive prowess: Vizquel as an 11-time Gold Glove winner at shortstop, Jones as a 10-time Gold Glove winner in center field. Vizquel played forever; Jones had his last good season at age 29. Vizquel had little power; Jones hit 434 home runs. Jones had a significant edge in career WAR, 62.7 to 45.6. Nonetheless, a year ago, voters favored Vizquel.

Turn the clock ahead 12 months and Vizquel’s Hall of Fame chances are dead. A report from The Athletic in December 2020 — at which time many voters had already submitted their 2021 ballots — revealed that Vizquel’s wife, Blanca, who was filing for divorce, alleged that he physically abused her in 2011 and had been booked for fourth-degree domestic violence assault in 2016. This past summer, a former bat boy for the Birmingham Barons, the White Sox’s Double-A affiliate, filed a civil case alleging Vizquel had sexually harassed him when Vizquel managed the club in 2019 (Vizquel was dismissed at the time after an MLB investigation).

Election day for the Class of 2022 is coming. Here’s what you need to know.

This has caused Vizquel’s support from the BBWAA to crater. He’s polling at just 11.2%, way down from the 41% he received from the pre-result public ballots a year ago. Note that Vizquel has always received much more support from the private ballots (69% last year) — a group that tends to be less analytically minded and thus not pay as much attention to his low career WAR total. Regardless, a large percentage of BBWAA voters have withdrawn support.

Jones also has a domestic violence arrest in his past, on Christmas Day in 2012. His then-wife told police the couple had an argument about cleaning the house after a Christmas party and Jones put his hands around her neck, saying, “I want to kill you, I want to [expletive] kill you.” Jones pleaded guilty and received probation.

Jones’ support has increased this year. He has received 48.9% of the public ballots, up from the 39% of the pre-result figure from 2021. Yes, you can argue that he is the stronger Hall of Fame candidate, but he is borderline no matter how much you loved his defense. Jones has strong support from the sabermetric crowd and also fits into the “one team” category, since all his good seasons came with the Braves. If Jones inches closer to that 50% mark, his chances for future election also look good.

6. Will Billy Wagner see an increase?

The two other players currently above 40% are Wagner and Sheffield. Wagner is on his seventh ballot after receiving 46.4% last year, while Sheffield is on his eighth ballot after receiving 40.6% a year ago. With Lee Smith getting elected a few years ago via the Today’s Game committee, Wagner is next in line among closer candidates. Wagner was more dominant than Smith — a 2.31 ERA and 187 ERA+ to Smith’s 3.03 and 132. Smith pitched more innings (1,289 to 903) and had more saves (478 to 422). Wagner has received a big increase the past two votes, from 16.7% to 31.7% to 46.4%. The early returns aren’t showing another similar jump, so perhaps his support is leveling off. Even if the BBWAA ultimately rejects him, however, he feels like a slam-dunk selection for a future Today’s Game committee.

In the end, it’s possible the BBWAA throws a second straight shutout, although my guess is Ortiz does make it on the first ballot. Bonds, Clemens and Schilling won’t be there alongside him. Pick your side of the line on whether you think they should.