Prime Minister Boris Johnson is facing a week of reckoning as a report into Downing Street parties during lockdown is due to be released.

The partygate inquiry, which is being carried out by civil servant Sue Gray, could determine Mr Johnson’s fate as the country’s prime minister.

Many Tory MPs have said they will wait to see the investigation’s findings before making a decision on whether to push for a vote of no confidence, which could see him forced out of Number 10.


However, some rebel MPs have indicated they will submit letters of no confidence to the chairman of the backbench 1922 Committee, Sir Graham Brady, whatever the report finds.

Under party rules, once the total number of letters reaches 54 – 15% of Tory MPs – Sir Graham must call a vote of confidence in the leader.

Ms Gray’s findings are not expected to be released on Monday but could come out any day this week.

Allies of Mr Johnson say there have been efforts to bolster his defences and protect his position ahead of the report’s publication.

They believe there may still be a way through, providing Ms Gray does not explicitly state the prime minister was aware of any rule-breaking going on in Downing Street.

“There are still a few sharks in the water that we need to navigate… but the immediate danger has receded,” one ally told Sky News. 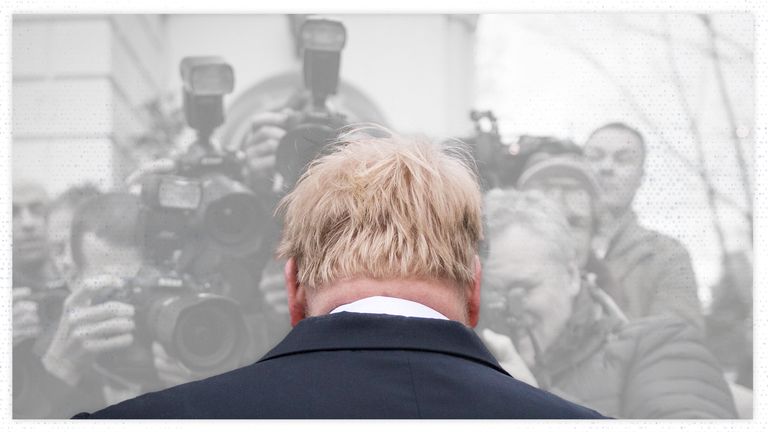 The prime minister has spent the last two days at Chequers, his countryside retreat, calling MPs to try and shore up support.

Downing Street has already said he will come to the Commons after Ms Gray’s report is published and take questions from members of parliament.

The report may also lead to renewed calls for the Metropolitan Police to open a criminal investigation if there is clear evidence that COVID restrictions were breached.

Among the events Ms Gray has been investigating is a “bring your own bottle” do in the Downing Street garden in May 2020 during the first lockdown.

The PM has admitted he attended but said he thought it was a “work event” – an explanation that was met with widespread criticism.

Meanwhile, there are reports that a reorganisation may take place within Number 10, with the potential for numerous sackings among key staff, after the report has been published.

Cabinet ministers and senior Conservatives say that a culture change will be needed within Downing Street whatever happens.

Read more:
Christmas quizzes to wine and cheese – a timeline of Downing Street lockdown events
Which lockdown parties is Sue Gray investigating, and what has Downing Street said?

Former defence secretary Liam Fox told Sky News: “Clearly there have to be changes in Number 10, whether or not the prime minister is implicated in what happened during the lockdown.

“And it is clear that we need a better relationship between Number 10 and the Conservative Parliamentary Party, and the whips’ office.

“It needs to be working much better than it has been doing.”

Calls for an inquiry into Islamophobia

Also this week, the prime minister is facing calls for an independent inquiry to be carried out into allegations made by former minister Nusrat Ghani that she was sacked from her ministerial position because of her Muslim faith.

Downing Street has said that an investigation will only be launched if Ms Ghani makes a formal complaint.

However, the President of Conservative Muslim Forum and Tory peer Lord Sheikh told Sky News an external inquiry was needed, saying the issue “goes to the heart of the attitudes of some people in the party”.

Mr Zahawi said the claims needed to be “investigated properly” while Mr Javid said Nusrat Ghani “must be heard”.

In a further twist, William Wragg, the senior Tory MP who accused the government whips of attempting to “blackmail” MPs seeking to oust Mr Johnson, will discuss his claims with a Scotland Yard detective early this week.