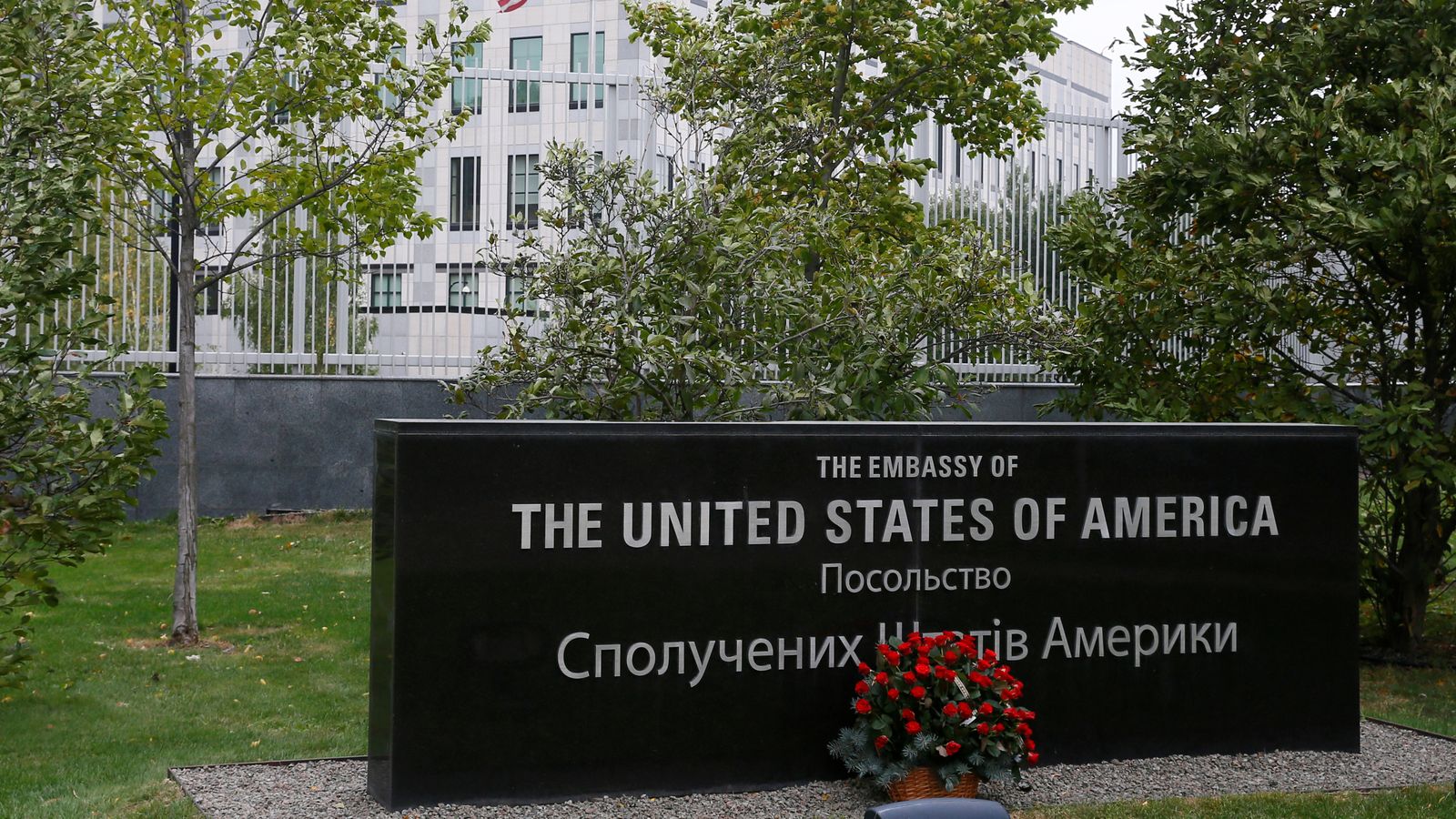 The US has ordered the families of all American embassy staff in Kyiv to leave Ukraine amid heightened fears of a Russian invasion.

The US State Department told the dependants of staffers at the US embassy in Ukraine’s capital that they must leave the country and said that non-essential employees could also leave at government expense.

US officials stressed the Kyiv embassy will remain open and that the announcement does not constitute an evacuation.

The decision had been under consideration for some time and does not reflect an easing of US support for Ukraine, the officials added.

The move comes amid rising tensions about Russia’s military buildup on the Ukraine border that were not eased during talks between US Secretary of State Antony Blinken and Russian Foreign Minister Sergei Lavrov earlier on Friday.

In a statement, the State Department noted recent reports that Russia was planning significant military action against Ukraine.

However, the Russian Foreign Ministry has accused NATO countries of escalating tensions around Ukraine with disinformation.

People told not to travel to Ukraine

US citizens have also been advised not to travel to the country due to the “increased threats of Russian military action and COVID-19”, the US State Department said.

It advised people to “exercise increased caution in Ukraine due to crime and civil unrest” as well.

“The security conditions, particularly along Ukraine’s borders, in Russia-occupied Crimea, and in Russia-controlled eastern Ukraine, are unpredictable and can deteriorate with little notice,” it added.

“Demonstrations, which have turned violent at times, regularly occur throughout Ukraine, including in Kyiv.”

The department has requested all US citizens currently in the country complete an online form so it “may better communicate” with them if needed.

“This is especially important if you plan to remain in Ukraine,” it said.

What is the UK advising?

In the UK, the Foreign Office has advised against all but essential travel to Ukraine but is continuing to assess the situation.

“The safety and security of our staff and British nationals is our top priority. We are keeping the situation under close review,” a Foreign, Commonwealth and Development Office (FCDO) spokesperson said.

The artillery drills at the start of February will take place in international waters but within Irish-controlled airspace.

All civilian aircraft will be routed away from the area while the exercises take place.

Djokovic wins Australian Open a year after he was deported over COVID vaccine row
Prime Minister’s adviser to look into Zahawi’s tax affairs
NHS Crisis: 27 hours for a bed
Columnist points out revealing moment at Trump’s event
Wales opt for experience in 6N opener vs Ireland