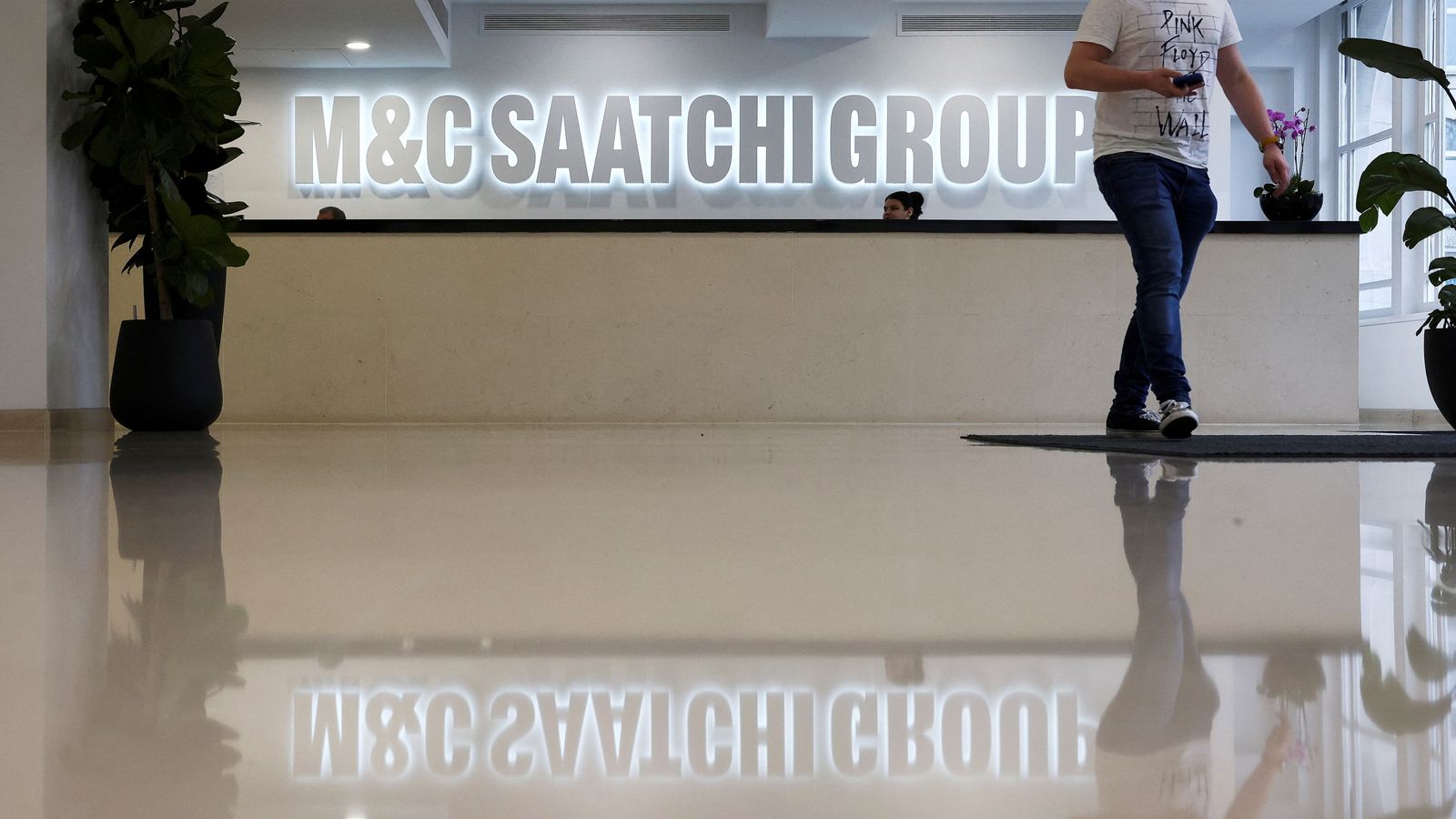 The quoted bid vehicle pursuing a takeover of M&C Saatchi has tabled a fresh offer which includes a partial cash alternative for investors in the London-listed advertising group.

Sky News has learnt that AdvancedAdvT, which is backed by the technology entrepreneur Vin Murria and serial dealmaking group Marwyn, submitted a revised bid to the board of M&C Saatchi late last week.

The latest development underlines the continuing tussle over the future of one of the best-known names in the advertising industry.

Shares in M&C, which was co-founded in 1995 by the Saatchi brothers Maurice and Charles, were given a boost on Friday when it announced that the City watchdog had discontinued an investigation into its accounting practices.

The agency has been in play for the last fortnight, with its independent directors saying that the original offer from AdvancedAdvT – structured as a share exchange merger – failed to “articulate an alternative strategy for the benefit of the company’s stakeholders beyond an initial change of control of M&C Saatchi”.

“Furthermore, the proposal does not reflect the value of the business and its future prospects and would disproportionately transfer equity value from M&C Saatchi shareholders to AdvT shareholders,” M&C said in a statement on 7 January.

Ms Murria, who is also deputy chair of M&C, owns a separate stake in the business and wants to combine it with AdvancedAdvT to “build a data, analytics and digitally focused creative marketing business with a strong balance sheet and additional management expertise in transforming businesses at pace and execute on complementary M&A [mergers and acquisitions]”.

Although some commentators have described the bid for M&C as a means of taking it private, market sources said the opposite was true, because it would become part of a larger listed company.

Marwyn has been a prolific creator of cash shells and orchestrator of takeovers of companies including the WeBuyAnyCar owner BCA Marketplace and Entertainment One, the owner of Peppa Pig.

It was unclear this weekend how M&C’s largest shareholders, which include Invesco, would respond to the partial cash alternative contained in the revised proposal.

M&C could come under pressure to confirm the renewed approach to the stock market on Monday.

Banking sources said they expected M&C to pursue alternative deals by reaching out to other potential bidders in the near future.

The London-listed group subsequently confirmed that he had resigned, saying it was for “personal reasons”.