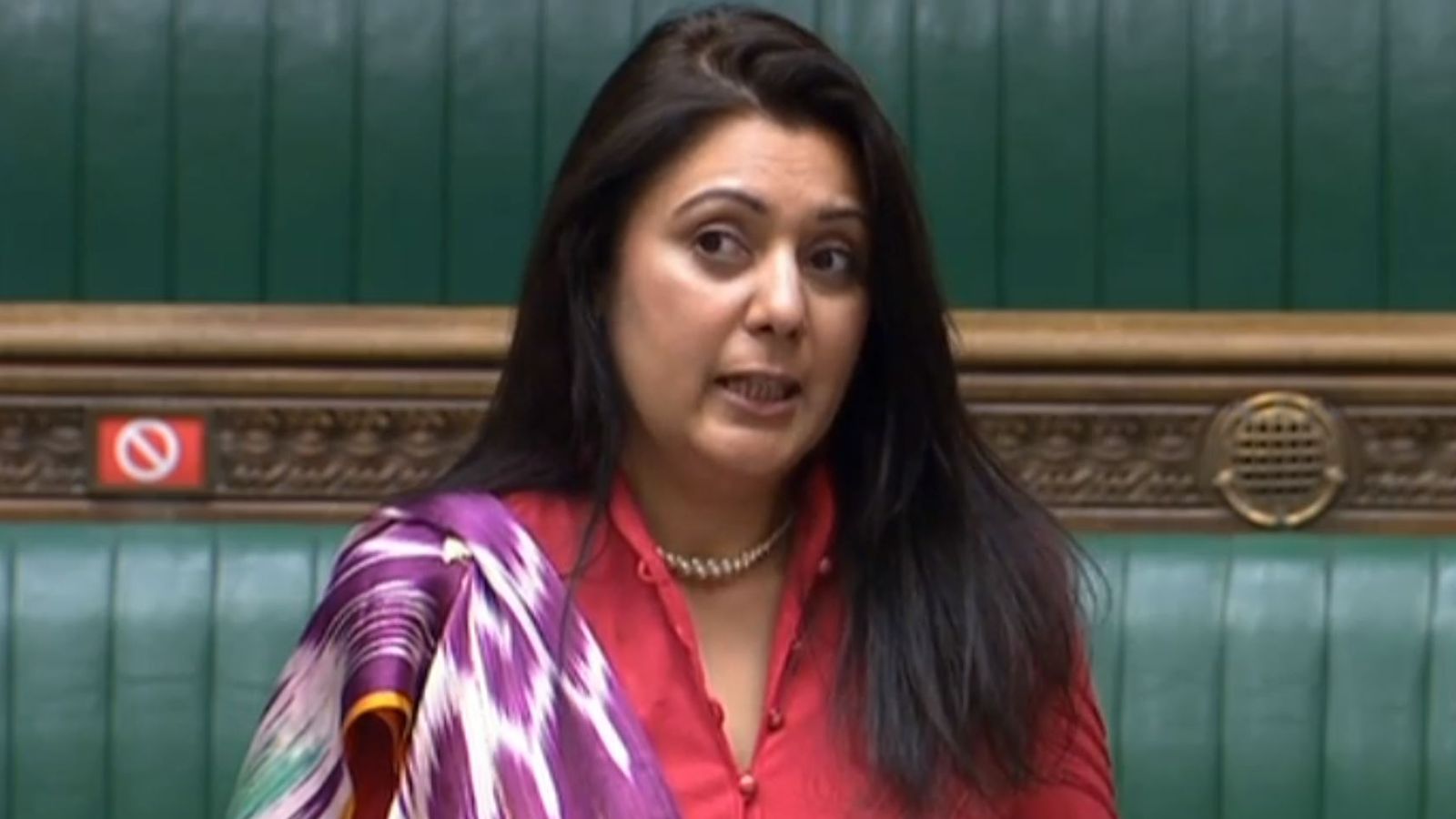 The chief whip has said an MP’s claims that she was sacked as a minister because of her Muslim faith are “completely false”.

Nusrat Ghani, the 49-year-old MP for Wealden in East Sussex, was sacked as transport minister in a February 2020 re-shuffle.

Ms Ghani said she was told by a whip, who she did not identify, that her “Muslimness was raised as an issue” at a meeting in Downing Street.

She said she was also told that her “Muslim woman minister status was making colleagues feel uncomfortable” and that there were concerns “that I wasn’t loyal to the party as I didn’t do enough to defend the party against Islamophobia allegations”.

Chief Whip Mark Spencer said in a statement: “To ensure other whips are not drawn into this matter, I am identifying myself as the person Nusrat Ghani MP has made claims about this evening.

“These accusations are completely false and I consider them to be defamatory. I have never used those words attributed to me.

“It is disappointing that when this issue was raised before Ms Ghani declined to refer the matter to the Conservative Party for a formal investigation.

“I provided evidence to the Singh Investigation into Islamophobia which concluded that there was no credible basis for the claims to be included in the report.”

Earlier, Ms Ghani had told The Sunday Times that her experience was “like being punched in the stomach. I felt humiliated and powerless”.

She said she was later warned that continuing to raise the issue would leave her “ostracised by colleagues” with her career and reputation “destroyed”.

“When I challenged whether this was in any way acceptable and made clear there was little I could do about my identity, I had to listen to a monologue on how hard it was to define when people are being racist and that the party doesn’t have a problem and I needed to do more to defend it,” she said.

“It was very clear to me that the whips and No 10 were holding me to a higher threshold of loyalty than others because of my background and faith.”

Read more: ‘Not moral or immoral but amoral’: Party whips have always revelled in their notoriety

A spokesperson on behalf of the Whips Office had earlier told Sky News: “These claims are categorically untrue.

“Ministerial roles are appointed on merit and rewards for hard work.

“The Conservative Party does not tolerate any form of racism or discrimination.”

Ms Ghani said that the experience made her consider quitting as an MP, adding: “I will not pretend that this hasn’t shaken my faith in the party.”

Her claims are the latest regarding the behaviour of government whips towards their party colleagues.

Chris Bryant, Labour chairman of the Commons standards committee, said he has spoken to “about a dozen” Tories who claimed to have been bribed or threatened by government whips.

He said that alleged threats to pull public funding from members’ constituencies amounted to “misconduct in public office” and should be reported to the police.

William Wragg, MP for Hazel Grove in Greater Manchester, will meet police this week to discuss his allegations that No 10 tried to blackmail MPs.

He was one of seven Tory MPs to call for Boris Johnson to resign as prime minister.

Writing on Twitter in response to Ms Ghani’s claims, he said: “Nus is very brave to speak out. I was truly appalled to learn of her experience.

“She shows such strength and integrity supporting others. I am proud to have her as my friend and colleague. We must change things for the better.”

Responding to the reports, leader of the Labour Party, Keir Starmer, wrote: “This is shocking to read, the Conservatives must investigate immediately. Solidarity with Nus Ghani for your bravery in speaking out.

“There’s report after report of appalling behaviour and lack of respect at the centre of this government. Culture is set at the top.”