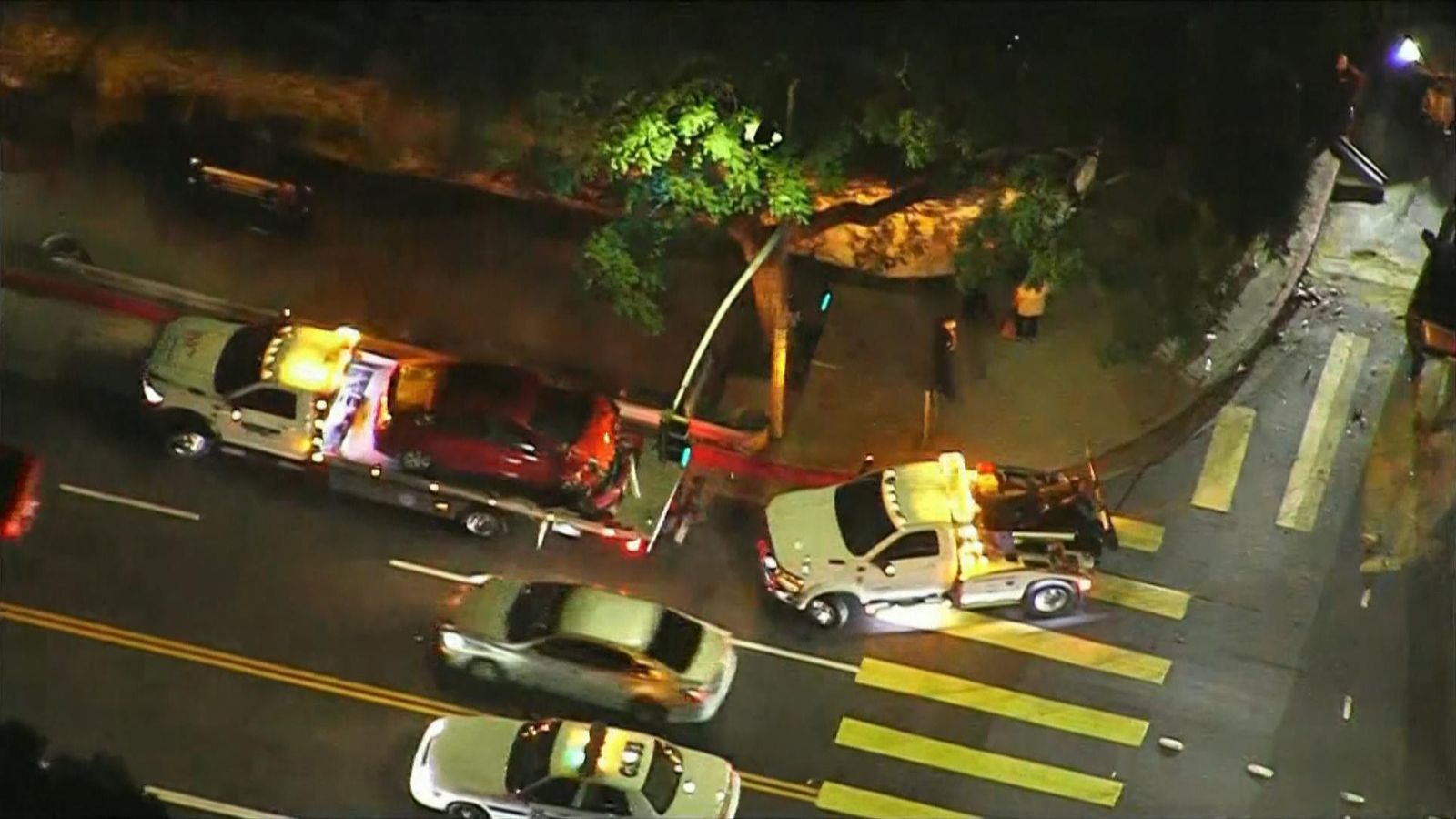 Arnold Schwarzenegger has been involved in a multi-vehicle crash in Los Angeles, California.

According to the Los Angeles Police Department, the a four-vehicle collision happened just after 4:30pm (local time) on Sunset Boulevard.

One woman was taken to hospital with an “abrasion to her head”.

“Neither alcohol nor drugs are suspected as a factor in this and all parties remained at the scene,” a police spokesperson added.

The movie star and former governor was pictured at the scene of the incident, in photos shared by US media outlet TMZ.

In the images, Schwarzenegger is seen speaking to people near the crash, with a black SUV seen mounted on top of another car.