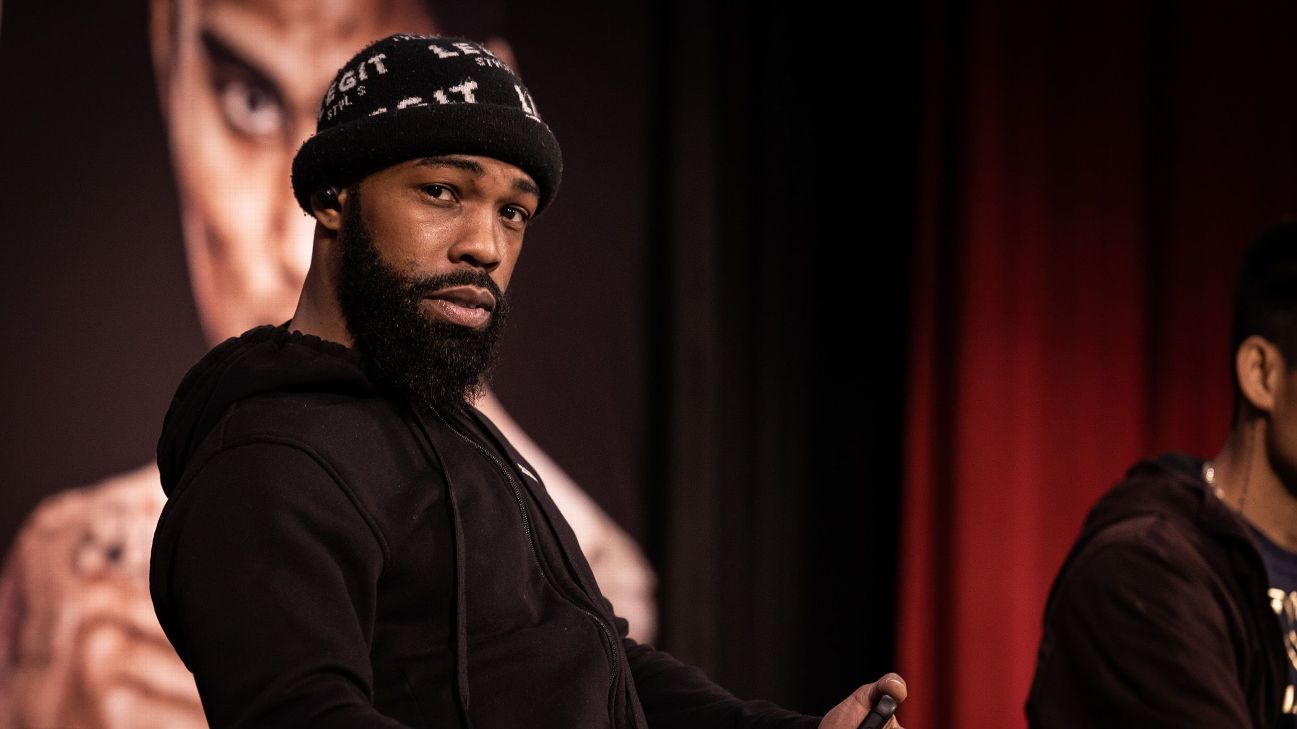 Gary Russell Jr. is boxing’s longest-reigning champion. As of Saturday, he’ll have held his title for 2,493 days. While he’s undoubtedly one of the most talented fighters in the world, that status is partially due to his low level of activity.

The 33-year-old has owned his 126-pound title since 2015, but on Saturday night he will make just his sixth title defense. The bout against Mark Magsayo (9 p.m. ET, Showtime), an undefeated featherweight who is promoted by Manny Pacquiao and trained by Freddie Roach, will end a 23-month layoff.

Since winning gold, Russell competed only once annually until 2021. He didn’t fight at all last year due to the COVID-19 pandemic. The last time Russell (31-1, 18 KOs) competed more than twice in one year was in 2014, when he lost to Vasiliy Lomachenko in a fight for a vacant title sandwiched between two victories in routine bouts.

Just why does Russell fight so sporadically? Russell says it’s no mystery.

“The reason I’m competing once a year is we’re not getting a dance partner,” said Russell, who was ESPN’s No. 1 featherweight before he was removed from the rankings last April for inactivity. “I’m forced to fight the next best guy rather than a champion. I definitely want to be more active. I know I’m not content with competing once a year.”

It’s not like Russell isn’t staying ready. “There are no concerns about ring rust. I’m always in the gym,” he said on Thursday. “I haven’t taken two months off from training since I was about 4 or 5.”

When it comes to just when and whom Russell fights, the guesswork and uncertainty that most boxers face in this fragmented sport is stripped away. He fights who the WBC tells him to.

So when does he fight? His past five title defenses came against mandatory challengers — boxers the WBC ranked as its No. 1 contender. The WBC requires each champion to make one mandatory defense a year, unless the fighter’s promoter secures an exception. Champions will typically face such opponents but also make an extra defense or two against a foe chosen by the boxer, promoter and manager.

But since winning the title, Russell has participated in only one non-mandatory fight. In 2016, he made his first defense against journeyman Patrick Hyland and won by second-round TKO.

Still, there are benefits to Russell’s inactivity.

“I’m pretty sure it definitely does preserve me,” Russell said. “We don’t do a lot of sparring. I honestly don’t spar unless I have a fight coming up. A lot of these guys, they’d be beat up before the fight even happens.”

Russell’s first mandatory title defense was a seventh-round TKO of fringe contender Oscar Escandon in May 2017. His next fight, a May 2018 decision over Joseph Diaz Jr., remains the best win of Russell’s career. Diaz went on to win a title at 130 pounds and is currently ranked in ESPN’s top 10 at 135 pounds. Russell’s most recent victory, in February 2020, also came against solid opposition, 2012 Olympic silver medalist Tugstsogt Nyambayar.

Gary Russell Jr. on fighting more than once a year

“I have a lot of respect for [Russell]. He’s always fighting his mandatories, and that’s someone the WBC deems as the best guy in the ratings,” said Tom Brown, who promotes all of Al Haymon’s PBC events.

Now comes Magsayo, another mandatory challenger gunning for Russell’s title. The 26-year-old earned the title shot with a brutal KO of Julio Ceja in an August title eliminator.

“It speaks volumes on the pedigree of talent I’ve been competing against versus a lot of these [other champions]. They’re picking and choosing who they’re gonna fight,” Russell said. “They’re fighting guys who are over the hill. They’re fighting guys who just have a name, but they know good and well that they don’t portray a threat to them at all.”

Unlike many of the mandatory challengers Russell has faced over the past few years, Magsayo (23-0) is a legit contender. And yet as of Thursday, he’s a +310 underdog, according to Caesars Sportsbook.

“He reminds me of myself,” Pacquiao said when he signed Magsayo. “How we both struggled to come from nothing to a world-rated contender. I love his work ethic and desire to become a world champion, and I will do everything to help promote Mark and make his dreams a reality.”

Beyond this fight, boxers aren’t knocking down the door to fight Russell. And for the most part, Russell is OK with that. When he’s not fighting, he keeps a distance from the lights and drama of the sport.

Russell stays busy hunting and farming. He boasts that he provided the Thanksgiving turkey for his vast family the past three years and is proud of what it takes to accomplish the task.

He hunts deer with a compound bow, a crossbow, or a shotgun. And he grows watermelons, strawberries, mustard greens and collard greens on his estate in Capitol Heights, Maryland. The lesson for his four girls and two boys: provide for yourself.

“When you’re on your own land, you can hunt whenever you feel like it,” he said. “It’s something about just getting out there and being a part of nature and being completely quiet and listening to the element. It’s real sensual, man.”

Russell tries to strike a balance between his two worlds, but unlike the peace he finds in nature, his search for the fights he wants is harder to achieve. He believes the risk he poses to opponents, weighed against the potential reward of earning a win over him, scares top-level fighters away. Russell is elusive inside the ring. He knows how to control distance and packs uncanny hand speed. What he doesn’t boast is star power or name recognition with casual boxing fans. He also is not the most vocal fighter in selling himself.

“He’s making very good money, so it’s hard to pay Gary that more than once a year if there’s not a lot of business to be done,” said Eric Bottjer, a longtime matchmaker who currently works for Triller Fight Club. “If he’s getting $1.2 million a fight, he’s not going to take a second fight for half the money just to stay busy.”

There is a path for Russell moving forward, but it relies upon securing a big fight that can cement a fighter’s legacy. Russell says he’d like matchups with Gervonta Davis and Lomachenko, in that order. Yes, both stars compete at 135 pounds, and Russell has never competed at even 130 pounds, but they are marquee fights.

A matchup with Davis appears more likely as both Russell and Davis are PBC fighters.

“I definitely pushed, but [PBC founder Al Haymon] can’t force these guys to get in the ring with me,” Russell said. “It doesn’t make sense on a business aspect for someone who’s trying to protect their investment when it comes to a Gervonta ‘Tank’ Davis [fight]. Cause it’s highly likely that he can get that ass scorched.”

Given the different promoters and the way their first fight played out, a Lomachenko rematch seems unlikely. What does seem feasible, if Russell indeed fights again in 2022, is a title bout at 130 pounds. PBC will stage the Feb. 26 junior lightweight title fight between Chris Colbert and Roger Gutierrez (who’s promoted by Golden Boy) on Showtime.

If Colbert wins, as expected, PBC could look to line up a fight with Russell later this year.

“Whoever the winner is in between the two of them, I would not mind moving up, competing against the champion,” Russell said. “I refuse to move up in weight and have to vacate my title just to compete to possibly fight the champion after that. I refuse to do that.

“If I can’t get [Davis or Lomachenko], then I would love to get a unification match with anyone that’s in the division.”

And just maybe, 2022 will be a year of vindication for Russell. If Colbert tops Gutierrez, a Russell potential victory over Colbert at junior lightweight would make him a two-division champion. He would also, once and for all, halt the inactivity he says has frustrated his fans.

“Of course I share their frustration,” he said. “Hell yeah, I’d be willing to fight. I definitely got time to fight if I have somebody that’s willing to fight, let’s make it happen.”