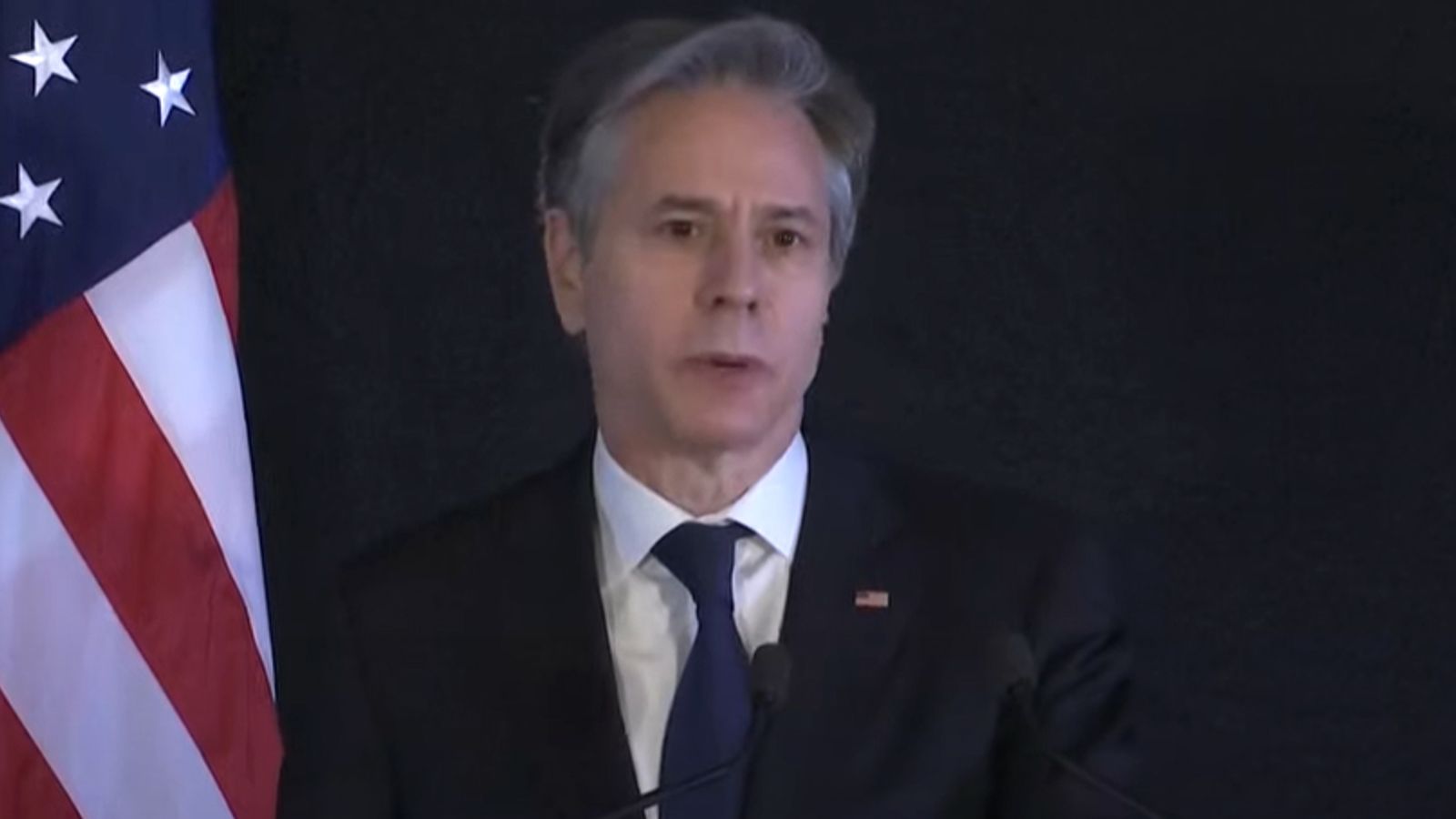 US secretary of state Antony Blinken has said that any movement of “Russian military forces across Ukraine’s border” will be met with a “swift, severe and united response”.

He also warned Moscow’s “extensive playbook of aggression” would also be met with action – following his crunch talks with his counterpart foreign minister Sergei Lavrov, aimed at diffusing tensions over the former Soviet republic.

Speaking during a news conference in Geneva following his meeting, Mr Blinken said the discussion with Mr Lavrov “was frank”.

“I conveyed the position of the US and our European allies and partners that we stand firmly with Ukraine in support of its sovereignty and territorial integrity,” he said.

“We have been clear, if any Russian military forces move across Ukraine’s border, that is a renewed invasion. It will be met with swift, severe and a united response from the United States and our partners and allies.”

The US secretary of state also warned of Russia’s “extensive playbook of aggression short of military action”, which he said includes “cyberattacks, paramilitary tactics and other means of advancing their interests aggressively without using military action”.

“Those types of Russian aggression, will be met with a decisive, calibrated and again united response,” Mr Blinken said.

Mr Lavrov described the talks as “constructive and useful” and said that the US agreed to provide written responses to Russian demands on Ukraine and NATO next week.

But he said: “I can’t say whether we are on the right path or not.

“We will see when we get the American responses.”

Mr Blinken had earlier described the meeting as a “critical moment” with 100,000 Russian troops amassed near the Ukrainian border, and many fearing Moscow is preparing to invade.

Prior to the talks, both sides played down the prospects of a major breakthrough in the discussions.

Moscow had demanded concessions from NATO over the Western alliance’s relationship with Ukraine, a former Soviet republic.

While Washington and its allies have repeatedly promised “severe” consequences including tough economic sanctions – though not military action – against Russia if an invasion goes ahead.

It came as the US treasury department slapped new sanctions on four Ukrainian officials, accused of being at the centre of a Kremlin effort to damage Ukraine’s ability to “independently function”.

Mr Blinken has also stressed US unity with its partners after US President Joe Biden drew widespread criticism for saying retaliation for Russian aggression in Ukraine would depend on the circumstances and that a “minor incursion” would see a lesser response.

Meanwhile, UK Foreign Secretary Liz Truss has warned Russia that an invasion of Ukraine would lead to a “terrible quagmire and loss of life” similar to the Soviet-Afghan war.

She said: “We need everyone to step up. Together with our allies, we will continue to stand with Ukraine and urge Russia to de-escalate and engage in meaningful discussions. What happens in eastern Europe matters for the world.”

Britain’s armed forces have flown thousands of anti-tank weapons to Ukraine amid fears of an imminent invasion.