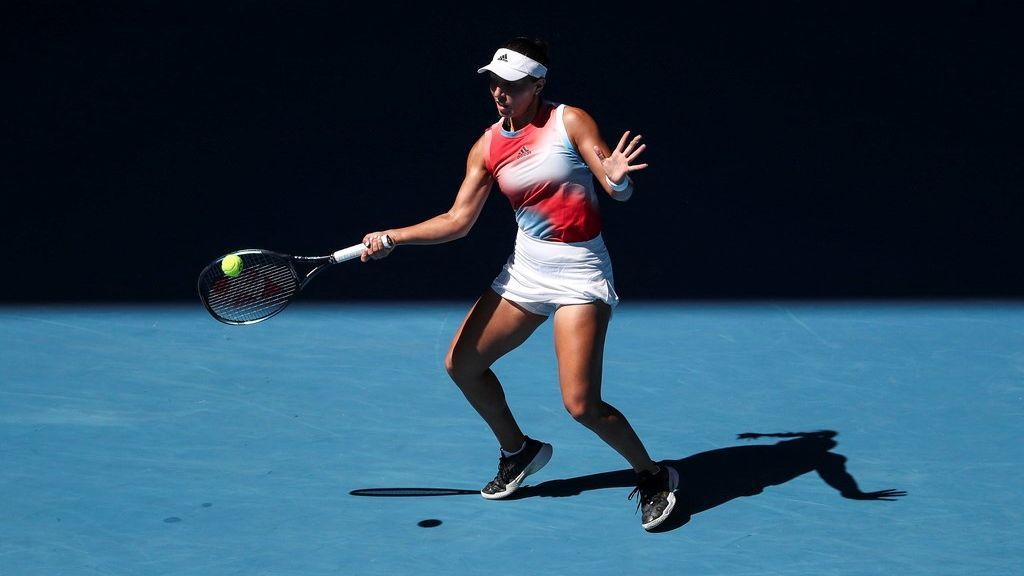 American Jessica Pegula advanced to the fourth round of the Australian Open for the second consecutive year with a 7-6 (3), 6-2 victory over Nuria Parrizas Diaz on Thursday.

The tournament’s No. 21 seed recorded seven aces and 20 winners in the 91-minute clash. She’ll next face the winner of the Maria Sakkari–Veronika Kudermetova match.

After the victory, Pegula wrote on the on-court camera in celebration: “Bills you’re next.”

Pegula’s parents, Kim and Terry, own the Buffalo Bills and the team is slated to play the Kansas City Chiefs on Sunday with a spot in the AFC Championship Game on the line.

Pegula, 27, tweeted about wearing Bills’ colors during her time in Melbourne earlier in the week.

Coincidence I’m in Bills colors? Round 3 here in Aus 👏🏼 pic.twitter.com/uBH1AJI21X

Pegula recorded her best career major result at the 2021 Australian Open with a run to the quarterfinals before losing to eventual finalist and fellow American Jennifer Brady.

Two-time Australian Open champion Victoria Azarenka joined Pegula in the fourth round for the first time since 2016 after overpowering 15th-seeded Elina Svitolina 6-0, 6-2.

The 24th-seeded Azarenka won the title at Melbourne Park in 2012 and 2013, and she also has been the runner-up at the US Open three times, most recently in 2020. She next will play No. 4 Barbora Krejcikova or No. 26 Jelena Ostapenko, who each has won the French Open.

The Associated Press contributed to this report.