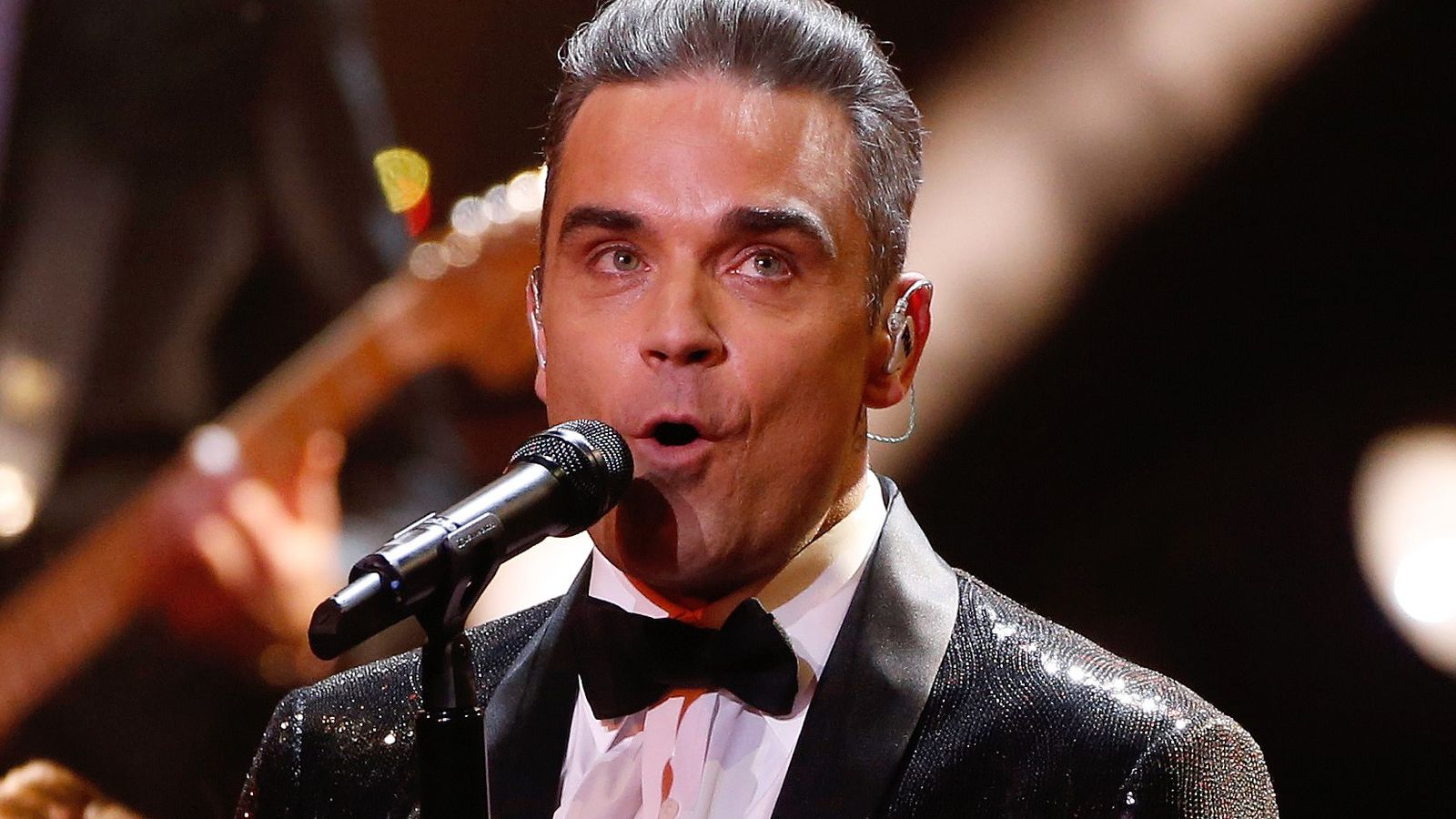 Robbie Williams is to sell three of Banksy’s most iconic paintings – with the auction set to earn the singer millions of pounds.

Girl With Balloon, Kissing Coppers and Vandalised Oils (Choppers) will go under the hammer at Sotheby’s in London on 2 March.

The former Take That star said the paintings were some of the street artist’s best work.

“I remember seeing Girl With Balloon, Vandalised Oils (Choppers) and Kissing Coppers for the first time,” he said.

“I believe they are some of his best paintings and I love how closely linked they are to the street pieces. As a collector of Banksy’s work, you become part of a broader cultural movement.”

The classic pop-art image of Girl With Balloon first appeared under Waterloo Bridge in 2002. A version of it made headlines in 2018 after it was partially shredded at the end of a Sotheby’s auction.

Williams’ version is on metal and will have a starting price of £2m.

Kissing Coppers, which depicts two police officers in a passionate embrace, made its debut on the exterior of the Prince Albert Pub in Brighton in 2004.

The original mural was removed after being repeatedly vandalised.

Williams’ version from 2005, estimated at £2.5m to £3.5m, will be the first Kissing Coppers painting on canvas to be auctioned, Sotheby’s said.

He said the paintings are “acerbic, iconic, irreverent and unique”, like their creator and owner.

The artworks will be exhibited at Sotheby’s in New York and then go on a global tour from Hong Kong to London before being auctioned in March.