Fears are growing inside 10 Downing Street that former pub landlady Sue Gray could call time on Boris Johnson in her Whitehall report on partygate.

Sky News understands there is nervousness in Number 10 over what the top civil servant’s report on the Downing Street Parties – which some MPs believe could be published as early as Monday – will reveal.

According to sources, some in Downing Street fear the investigation has unearthed damaging evidence and they are now doubtful the report will clear the prime minister. 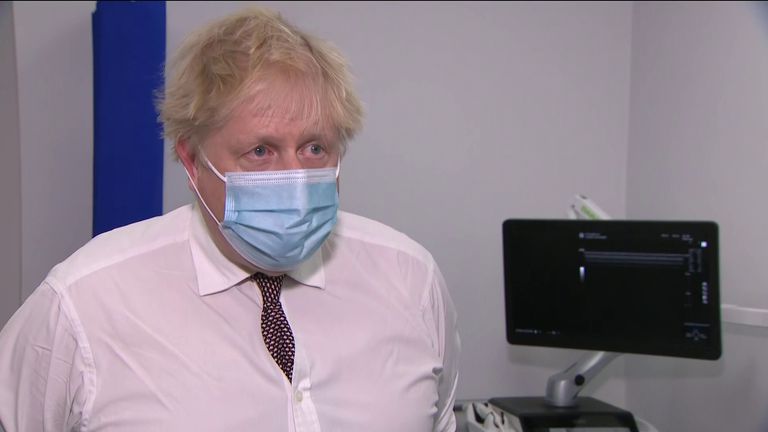 PM says he did not lie

As he faces the threat of more demands from Conservative MPs for a confidence vote after the report is published, Mr Johnson‘s closest allies insist he can ride out the storm.

But Sky News has learned that there are parts of Whitehall where the mood is darkening and some insiders believe the PM will struggle to answer questions posed in the report.

Sue Gray report: When is inquiry due, what does it mean for Boris Johnson and who decides what happens next?

Although his allies dispute this, they admit they will not know until the report is published, at which point Mr Johnson has promised to make a Commons statement to MPs.

The PM’s enemies claim that after a lull in their campaign to submit letters to 1922 Committee chairman Sir Graham Brady demanding a confidence vote, more rebel MPs are poised to strike after the report is published.

However, Foreign Secretary Liz Truss reiterated her support for Mr Johnson during a press conference in Sydney, Australia.

Fears about the verdict of Ms Gray’s inquiry have been prompted by reports that she has learned that the civil servant who organised the Downing Street party on 20 May 2020 was urged to cancel it.

The Daily Telegraph reports that Ms Gray has found an email that allegedly confirms allegations that concerns were raised over the event before it took place.

The Guardian describes it as a “significant email”, The Times say it is a “critical email” and the reports claim a senior official warned Number 10 aide Martin Reynolds it broke lockdown rules. 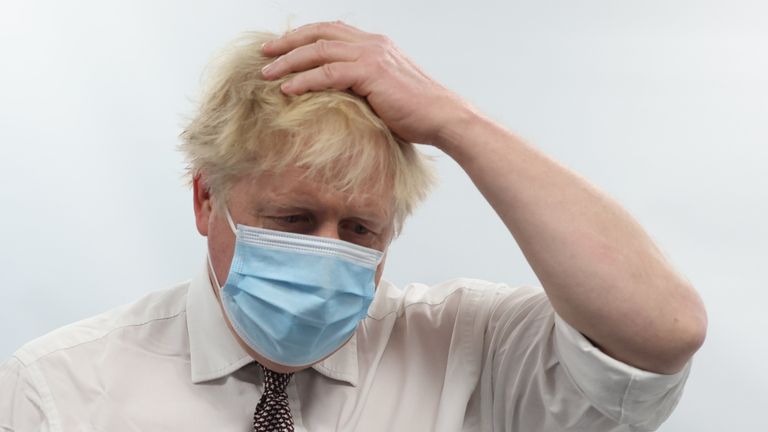 It is reported that the email urged Mr Reynolds, who invited 100 Downing Street staff to “socially distanced drinks” in the garden and said “Bring your own booze”, to cancel the event.

Since the 20 May 2020 event was first highlighted by Mr Johnson’s former aide Dominic Cummings, the PM has urged his political opponents and his Tory critics to wait for Ms Gray’s report.

The senior civil servant, 64, who famously took a career break to run a pub in “bandit country” in Northern Ireland, has interviewed dozens of Number 10 staffers as well as Mr Cummings and MPs believe publication is now only days away.

Which Conservative MPs have called on the prime minister to quit?

Publication of details of the warning email in Ms Gray’s report would leave Mr Johnson in deep trouble over his claims that the 20 May gathering – which he says he attended for 25 minutes – was a “work event” and nobody told him it was against COVID-19 regulations.

Defected MP says he was ‘threatened’ by whips

The PM and his supporters, however, are likely to argue in his defence that while Mr Reynolds was urged to cancel the party the report may conclude that the concerns were not raised with Mr Johnson.

The heightened anticipation of Ms Gray’s report comes after a furious row at Westminster over a claim by Tory MP William Wragg that rebel Conservative MPs faced intimidation and blackmail threats from government whips.

The Times is reporting that the rebels, known as the “pork pie plotters”, are now planning to retaliate by publishing a secretly recorded conversation with government chief whip Mark Spencer and text messages.

Prime Minister’s adviser to look into Zahawi’s tax affairs
‘Holy crap, we got a shot’: Inside the 49ers’ season-changing Christian McCaffrey trade
‘Screaming’ nephew raised alarm after Marvel actor run over trying to save him
Man dies after being crushed by pop-up telescopic urinal in London’s West End
Boris Johnson confronted over ‘sleaze’ allegations