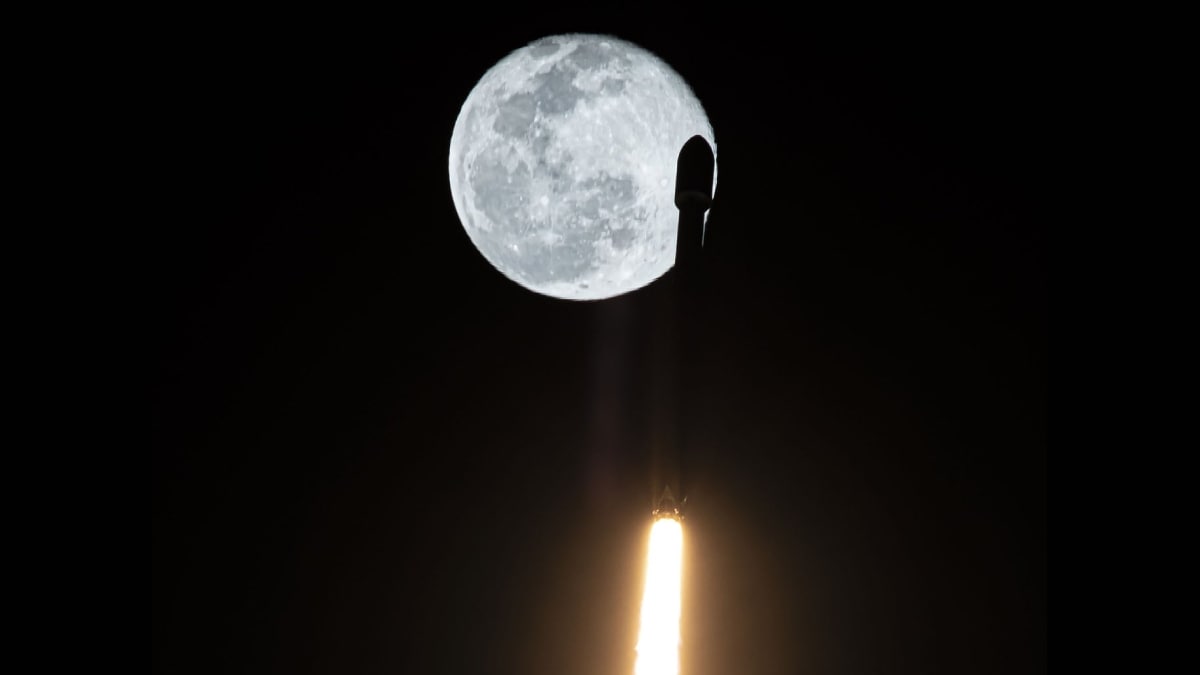 Elon Musk-founded SpaceX has successfully launched 49 more Starlink satellites aboard a Falcon 9 rocket to take the total number to more than 2,000. The Falcon 9 rocket lifted off from the Kennedy Space Centre in Florida, US, on January 19. About nine minutes later, the rocket’s first stage returned back to Earth for a pin-point touchdown on a SpaceX drone ship called “A Shortfall of Gravitas,” which was stationed in the Atlantic Ocean off the Florida coast.

Musk has been billing the Starlink project, operated by SpaceX, as a way to provide low-latency broadband Internet services around the world through hundreds of small satellites. The project is particularly focussed on remote areas that are not fully covered by the terrestrial Internet infrastructure. Following the recent launch, Musk tweeted a magnificent image of the Falcon 9 rocket against a rising Moon. Musk is also eyeing to undertake a lunar mission as part of NASA’s plan to return humans to the Moon after almost 30 years. “Back to the Moon soon,” the SpaceX CEO replied to his own tweet.

SpaceX, meanwhile, shared an amazing video of the liftoff. It showed the Falcon rising on top of a massive cloud of smoke in the night sky.

If you missed the launch of the Starlink mission, SpaceX has shared a nearly two-hour-long video of the full launch sequence.

More Starlink launches are expected in the coming weeks and months. The US Federal Communications Commission has allowed SpaceX to launch up to 12,000 mini-satellites.