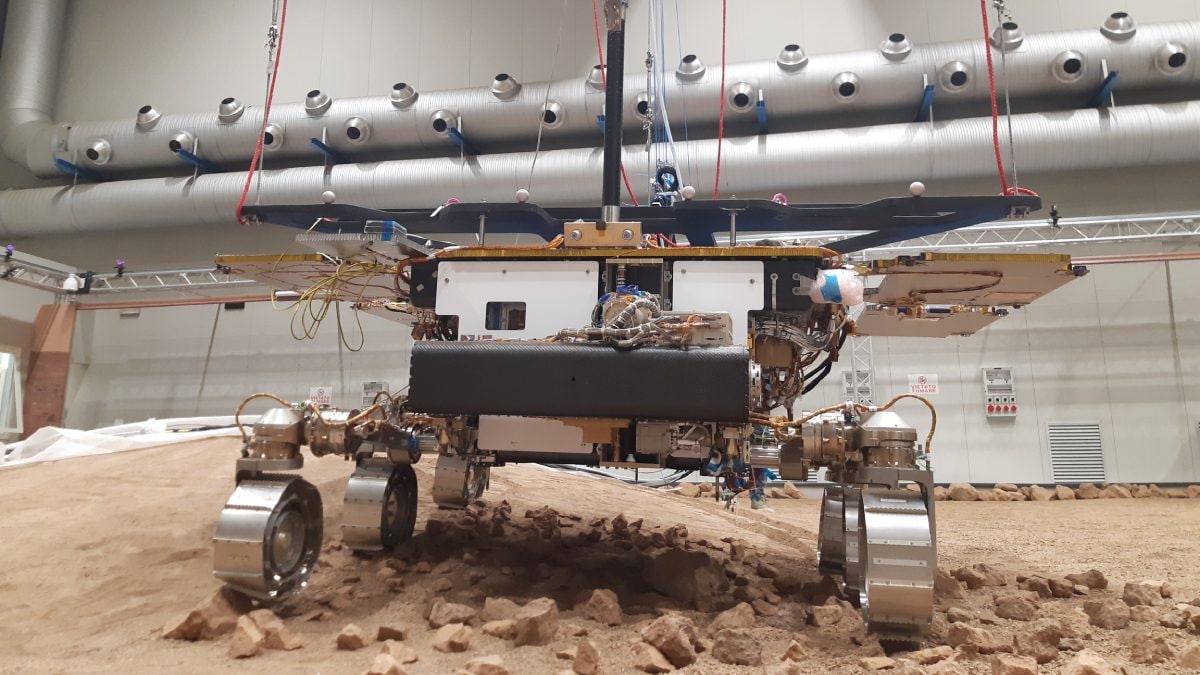 ExoMars — a joint project of European Space Agency (ESA) and Russia’s Roscosmos — has moved a step closer to landing on the Red Planet after it rehearsed how to drive off its Kazachok landing platform on the Martian surface. The simulation involved the UK-built Rosalind Franklin rover making a carefully choreographed move on the Martian soil, in the same way as it would have done after a nerve-wracking descent to the surface of the planet for the first time. The mission now sets its aim to launch by September this year.

In a video, ESA has said that the egress from Kazachok is a carefully choreographed move that engineers are rehearsing on Earth. The tests were conducted in a Mars terrain simulator located in Turin, Italy.

“While the driving during these exercises takes about 15 minutes, the whole process will last a few Martian days. After landing, the rover will be busy for a week unfolding its wheels and deploying the mast, among other checkouts,” ESA said. In many ways, Mars is similar to Earth, including the daily cycle. A Martian day is 24 hours, 37 minutes, and 22.663 seconds long.

Engineers are using a machine, a twin of the Rosalind Franklin rover, to test different scenarios and make decisions that will keep the rover safe in the challenging environment of Mars. The test machine is named Amalia, borrowing its name from renowned astrophysicist Amalia Ercoli Finzi, who has broad experience in space dynamics.

The ExoMars mission is primarily aimed at finding traces of life on Mars and settling the question of whether life has ever existed on the Red Planet or not. The use of the word “exo” in its name refers to the study of exobiology (astrobiology), the possible existence of life beyond Earth. The mission has two parts: The first, comprising the Trace Gas Orbiter and a landing module, was launched in March 2016. The second, comprising a rover, is planned for launch in September this year.

Avis has new T&Cs for renting its EVs, and they’re a little weird
‘Coming very soon!’: Jeremy Renner shares image of new show which will be out ‘as soon as I’m back on my feet’
Police release image of new witness they want to speak to after disappearance of Nicola Bulley
‘Her children need her home’: Family of missing dog walker ‘stuck in a nightmare’ since she disappeared
Tesla Model 3 refresh prototype spotted being tested