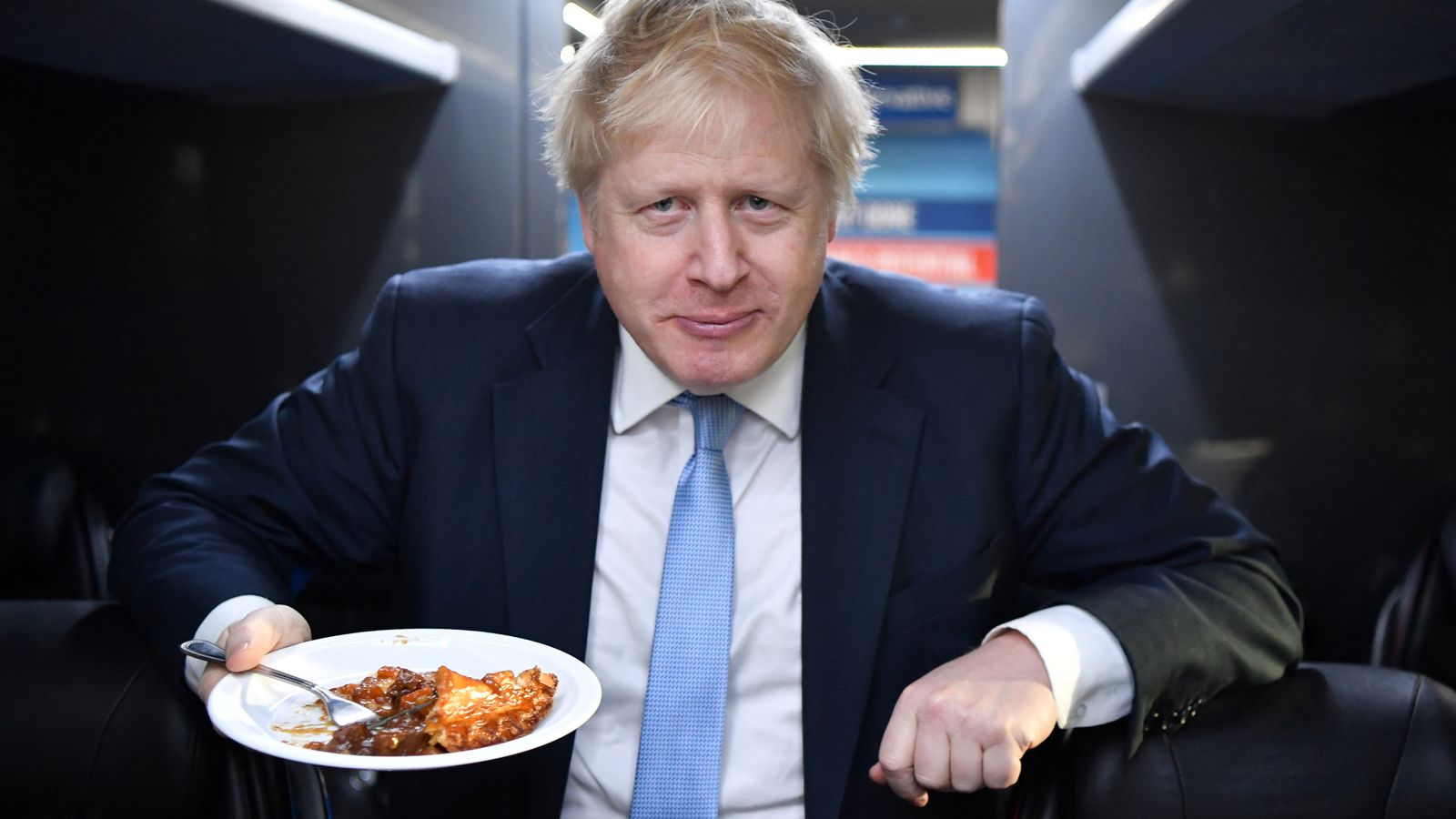 Boris Johnson is preparing to face MPs in the Commons amid claims that support among Tory MPs is “haemorrhaging away” and he is on the brink of being removed from office.

After a potentially brutal Prime Minister’s Questions, Mr Johnson will attempt to launch a fightback by announcing he is ripping up Plan B COVID restrictions opposed by many of his MPs.

The changes in England, expected after 26 January, are likely to include ditching COVID passports and working from home guidance, although mandatory mask wearing in some settings could remain.

Johnson set to announce easing of Plan B restrictions in England

But despite the COVID climbdown, a mutiny led by “red wall” Tory MPs elected in 2019 is said to be close to reaching the numbers required to trigger a leadership contest, sparking fury among Johnson loyalists.

There are claims that 20 “red wallers” are poised to submit letters to 1922 Committee chairman Sir Graham Brady after PMQs, taking the total to close to the 54 that would mean a no-confidence vote.

And a senior Conservative MP loyal to Mr Johnson told Sky News: “It’s very worrying. Support for him is haemorrhaging away. Graham just smiled when I asked him how many letters he had.”

But other MPs claim some potential mutineers are prepared to wait for the verdict of Whitehall enforcer Sue Gray’s report on Downing Street parties before submitting their letter to Sir Graham.

Opposition to Mr Johnson is said to have hardened after what MPs described as a disastrous TV interview in which he looked haunted during a fierce interrogation on Downing Street party allegations.

Christian Wakeford, MP for the “red wall” seat of Bury South, became the seventh MP to announce he had submitted a letter of no confidence and said several more had written and were considering sending them.

Is the game up? Boris Johnson looks defeated as mood turns sour in Tory party

Amid the most febrile atmosphere at Westminster since Theresa May was toppled in 2019, the prime minister was in his Commons office until late into the night trying to persuade rebels to pull back.

Furious cabinet ministers loyal to the PM described the 2019 intake’s mutiny as “sickening”, with one minister declaring: “They were only elected because of him. Most of them are nobodies. It’s nuts.”

And another government source said: “Most of them rode in on Boris Johnson’s coat-tails and without him they’ll be dumped pretty quickly. They don’t know what they’re doing.

“They don’t realise how lucky they are. They’re working against us and doing Labour’s job for them.”

The 2019 intake mutiny is said to have been co-ordinated at a lunchtime meeting being called the “pork pie plot”, because one of the plotters was Alicia Kearns, new MP for Rutland and Melton, home of the Melton Mowbray pork pie.

Later, it was claimed, more than 100 Tory MPs attended a dinner at the Carlton Club, the elite spiritual home of the Conservative Party establishment, where conversation was all about whether Mr Johnson can survive or is finished.

As he attempts to mount an 11th-hour fightback, Mr Johnson will chair a meeting of his cabinet to review the latest COVID data and Plan B measures before making a Commons statement after PMQs.

Axing the Plan B rules is seen as one of the PM’s “Operation Red Meat” measures to win back Tory support as part of a plan to save Mr Johnson’s premiership which MPs are calling “Operation Save Big Dog”.

“Decisions on the next steps remain finely balanced,” said a government spokesperson ahead of the Cabinet meeting.

“Plan B was implemented in December to slow the rapid spread of the extremely transmissible Omicron variant, and get more jabs in arms.

“It’s thanks to the phenomenal efforts of the NHS and many dedicated volunteers that we have now delivered over 36 million boosters to people across the UK.

“The Omicron variant continues to pose a significant threat and the pandemic is not over.

“Infections remain high but the latest data is encouraging, with cases beginning to fall. Vaccines remain our best line of defence and we urge people to come forward, to give themselves the best possible protection.”

Priscilla Presley contests validity of Lisa Marie Presley’s will
Decision to develop a ‘Britcoin’ digital pound to be made by 2025
Cloud leaders Amazon, Google and Microsoft show the once-booming market is cooling down
Why the problem of prepayment meters won’t go away for vulnerable energy customers
British Steel draws up plan for 800 job losses amid government funding talks