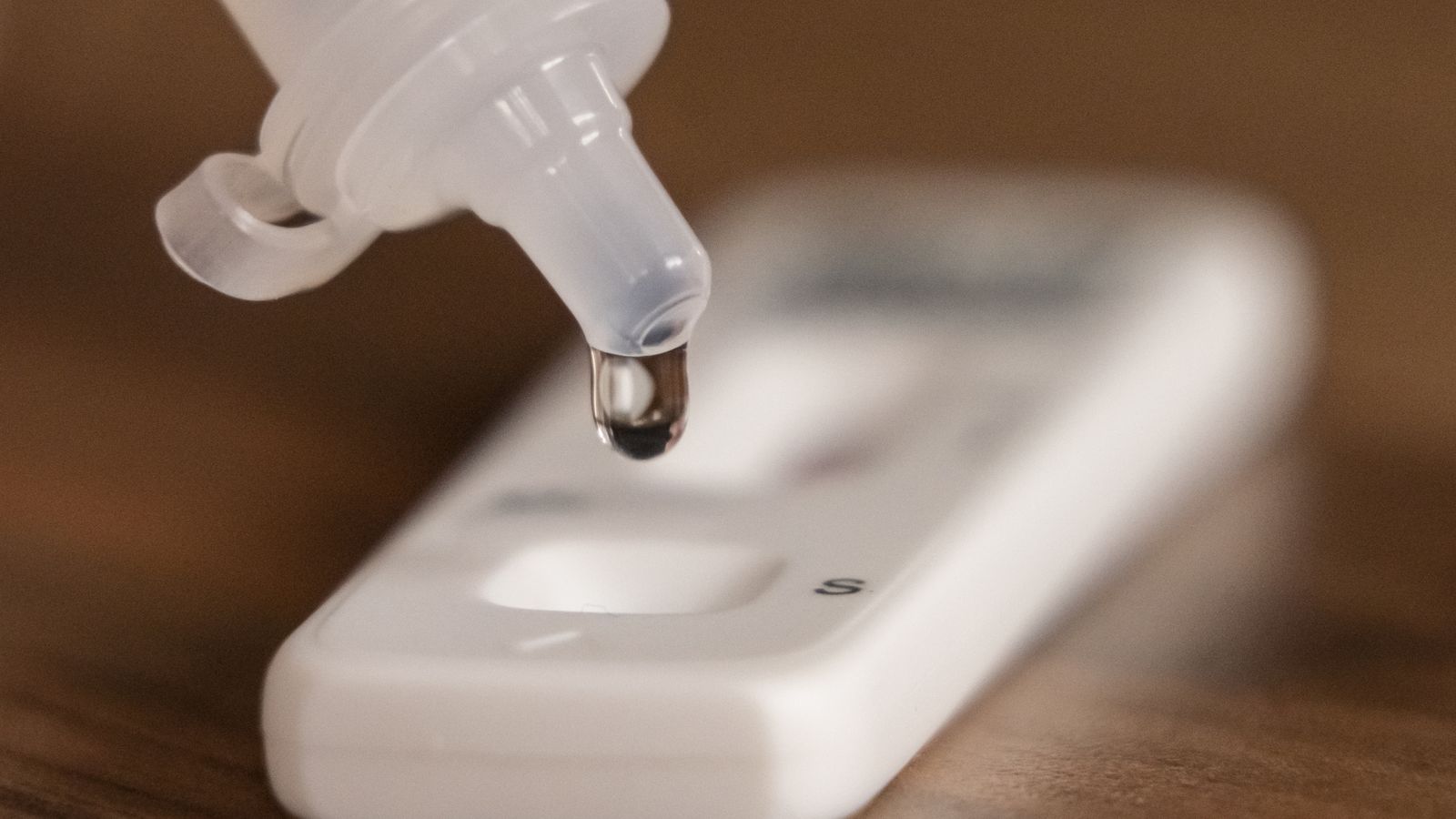 The rapid spread of the Omicron variant, combined with the roll-out of up to 20bn doses of vaccine means the COVID-19 pandemic could be over this year, according to one of the world’s leading public health experts.

But Sir Jeremy Farrar, director of the Wellcome Trust and former SAGE adviser told Sky News that more transparency, particularly around the origins of the COVID will be needed to prevent future pandemics.

“The UK in particular and some other countries are in a very, very strong position now. They have fantastic rollout of vaccines and there’s a high degree of natural immunity,” he said.

It was reasonable for the government to start looking at lifting restrictions he said. But not all of them. “I wouldn’t lift everything at the end of January, when the NHS is still under pressure and we’re still in the middle, of course, of winter.”

Right now, the rest of the world remains in a “pretty dire situation”, according to Sir Jeremy, due to low vaccination rates and the incredibly rapid spread of the Omicron variant.

While that is causing surges in mortality, the emerging data, even from countries with low vaccination coverage, is that the Omicron wave is less deadly than previous ones.

The more infectious variant will have increased levels of COVID-19 immunity globally. And that is soon to be improved by rapidly increasing global vaccine roll-out.

Availability of vaccine doses is increasing exponentially, boosting reserves of COVAX, the global vaccine sharing initiative. Last week COVAX delivered its billionth dose. And will soon have around 20 billion doses of vaccines available.

“If you think there are seven billion people or so in the world, we should now in the first half of 2022, be able to get vaccines to everybody that wants it in every country in the world, and that has got to be our target,” said Sir Jeremy.

The Wellcome Trust and the Gates Foundation have pledged a combined $300m (£221m) for the Coalition for Epidemic Preparedness Innovations which has helped make COVID vaccines available to poorer countries and continues to work on “variant-proof” vaccines reducing the risk of future coronavirus pandemics.

But until vaccines are distributed, poorer countries remain at risk, and given the continued possibility of new variants emerging, so, by extension, do the rest of us.

“When we were in the middle of Delta we thought Delta was the end. It was difficult to imagine we could have a virus that was so much more transmissible than Delta that it would kick Delta off the scene,” said Sir Jeremy.

But he cautioned that the prospects for international cooperation to prevent future pandemics were in a worse state now than before this one.

He said a “blame game” that started with the origins of COVID-19 in China but now extends to the emergence of new variants and international travel bans has undermined trust. Trust that will be needed if scientists and governments can work together to spot newly emerging pandemic threats and take action against them.

Emails recently emerged from the start of the pandemic in 2020, in which Sir Jeremy himself thought it was “50:50” that SARS-CoV-2 had escaped from a state virology lab in Wuhan. However he told Sky News that he soon became persuaded that what initially looked “odd” could just as easily be explained as a natural event.

But more openness about COVID’s origins will be needed to help restore that trust, according to Sir Jeremy. “It’s now almost impossible, geopolitically to see this being solved.

“I would call on everybody, particularly, the Chinese government, to be transparent about the origins

“I think we’re very vulnerable at the moment because much of that scientific cooperation with China, but more broadly has stopped.”

How much does an A&E visit cost and what is the average NHS salary? Here are the numbers
Anti-government protests grip Peru for a second day
‘I saw blood on the snow’: Holocaust survivor shares horror of watching Nazi death squad kill her mum
London estate agent Dexters swoops on rival Marsh & Parsons in £25m deal
Inside the conclave: How it works