Who is telling the truth about the “socially distanced drinks” in May 2020, to which dozens of people were invited by Boris Johnson’s aide Martin Reynolds in an email?

This is now shaping up as the key question in the “Partygate” scandal. Is it Mr Cummings, who claims in a bombshell blog that he raised the “drinks party” with the PM, and told him to “grip this madhouse”, concerns he says the PM brushed aside?

This is an account backed by other, unnamed sources who spoke to Sky’s Beth Rigby and other outlets.

Or is it Downing Street officials – backed publicly by Dominic Raab this morning – who insist confidently that the PM was not warned, and was not aware of any email?

Boris Johnson has so far avoided comment on the email, since telling MPs he “implicitly believed” the garden gathering he attended was a work event, and not “technically” a breach of the rules.

Cummings claims he would repeat this under oath, but it is unknown whether there is written evidence, or others will back his account to Sue Gray. The prime minister’s fate is likely to rest on these questions.

The pressure is piling on this respected senior civil servant, who must rule on the facts of what the prime minister and her civil service, including potentially the cabinet secretary, knew and did. It has no legal status, any breach of the law must be referred to the police, and she ultimately reports to Boris Johnson.

If the facts alone are damning, she will have effectively unseated her boss if Tory MPs conclude he misled parliament and withdraw support. If there is no evidence or no clarity about breaches of the guidance, some critics will seize on it as a whitewash.

But if that’s what Downing Street are pinning their hopes on, there is a troubling development today. While only six Tory MPs – out of 360 – are publicly calling for the PM’s resignation, there is a drip, drip of others now saying that even without a smoking gun, the damage is done. 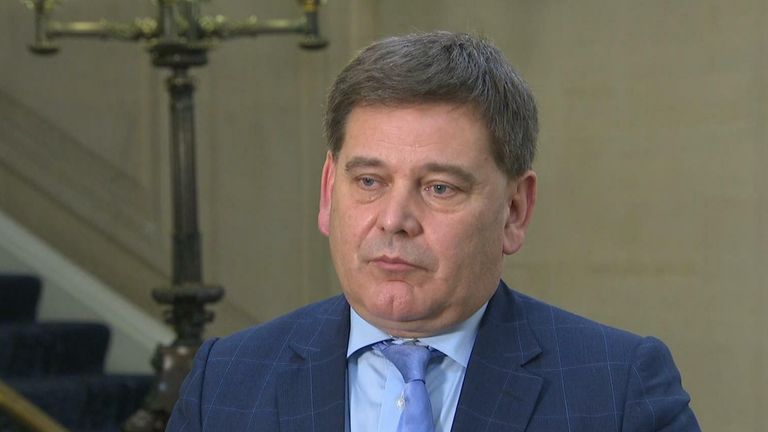 A Conservative MP says Boris Johnson will have to resign if he has been found to lie to parliament.

Former minister Desmond Swayne writes online that if even if she rules that Downing street is a place of work and therefore the gathering was technically allowed – what he calls a “Monopoly get out of jail free card” – the fear is that this defence won’t wash with the public.

A health minister, Maria Caulfield, a former NHS nurse who returned to wards during the first lockdown, writes on her website that there was a “culture in number 10 where even if rules were not technically broken, the spirit of the rules were.”

Briefings that the Royal Navy would be in charge of tackling small boats carrying illegal migrants in the Channel – an intractable issue which the PM has repeatedly promised to fix – ran into criticism from top brass that this would do nothing to reduce numbers.

A pledge by culture secretary and ardent Boris Johnson loyalist Nadine Dorries to freeze the BBC licence fee for two years would make only a small dent in cost of living pressures.

If the “partygate” explanation fails to convince voters, and the government struggles to reset its agenda, the PM is not out of danger.