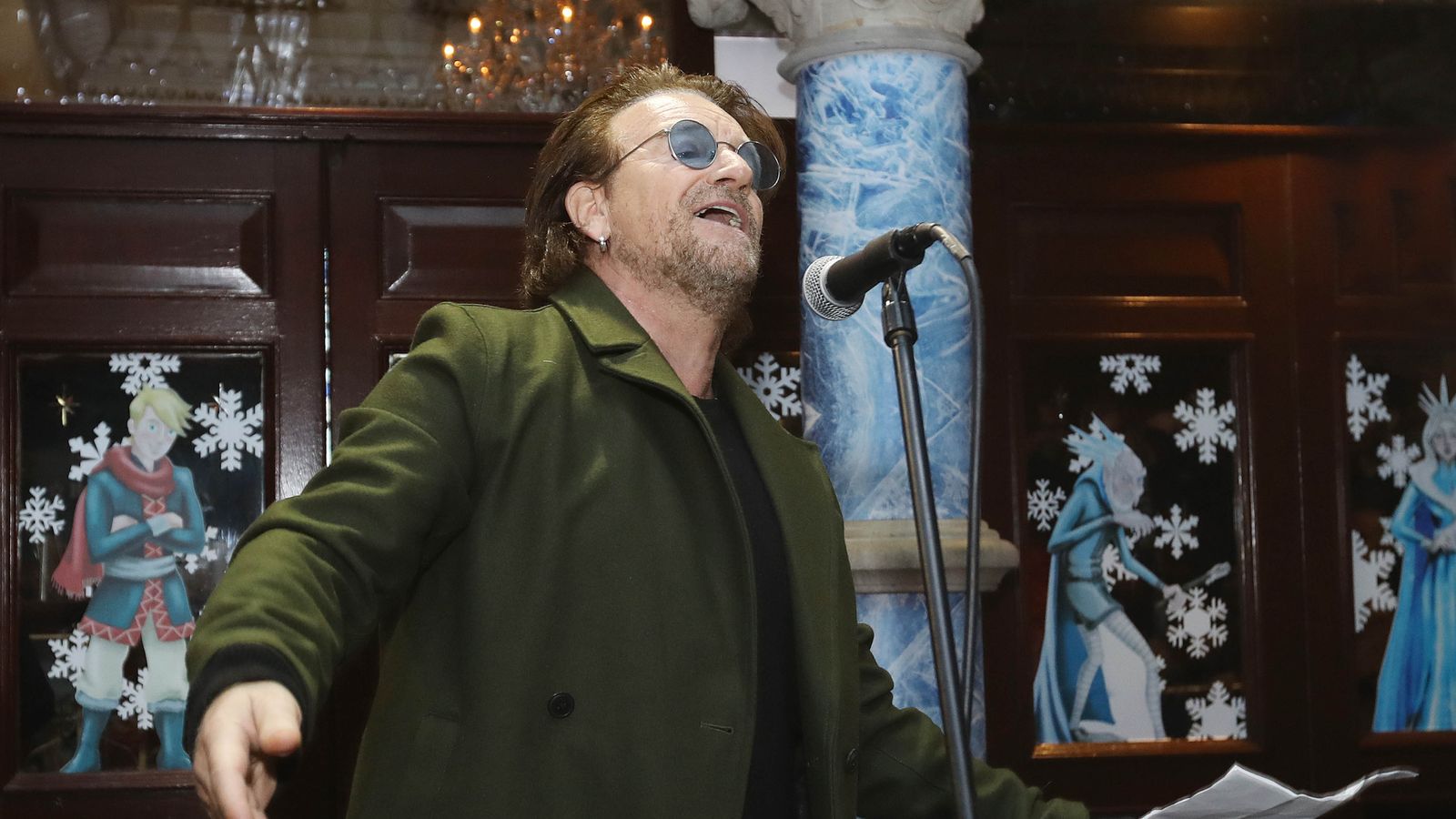 Bono has said he gets “embarrassed” listening to old U2 songs and dislikes the name of the Irish rock band.

The band, which formed in 1976, consists of frontman Bono, The Edge, Adam Clayton and Larry Mullen Junior who all met in school in Dublin.

They have had a string of UK number one albums across its 40-year career and sold more than 157 million albums.

Speaking on the Awards Chatter podcast, alongside fellow bandmate The Edge, Bono said: “I’ve been in a car when one of our songs has come on the radio, and I’ve been the colour of – as we say in Dublin – scarlet.

“I’m just embarrassed. I do think U2 pushes out the boat on embarrassment quite a lot.

Bono said he was most proud of their song Vertigo, but added: “Most of the other ones make me cringe a little bit.”

The Dublin-born rocker, 61, said his voice sounds “strained” so he finds it hard to listen to: “The band sound incredible.”

He said he had “only become a singer recently” after listening to the music of the Ramones and “realising I didn’t have to be that rock and roll singer”.

He said singer-songwriter Robert Palmer met bandmate Clayton in the 1980s and told him: “God, would you ever tell your singer to just take down the keys a little bit, he’d do himself a favour, do his voice a favour and he’d do us all a favour who have to listen to him”.

Both Bono and The Edge, 60, revealed the group were not particularly fond of their band name.

U2 had originally been named The Hype, but they felt the name was obvious and unoriginal. It was their friend and graphic artist Steve Averill who suggested the name.

The Edge recalled: “Of the suggestions, it wasn’t that it jumped out to us as the name we were really looking for, but it was the one that we hated the least.

“And what we loved about it was that it was not obvious from the name what this band would sound like or be about.

“It felt fresh in that sense.”

He added: “It was the one we chose and we didn’t really love it at first.”

Bono remarked that he was still not a fan of the name, saying: “I still don’t. I really don’t.

“Paul McGuinness, our first manager did say ‘look, it’s a great name, it’s going to look good on a T-shirt, a letter and a number’.”

China threatens ‘further actions’ over US downing of suspected spy balloon
Ofgem tells suppliers to suspend forced installation of prepayment meters, Sky News understands
FTSE 100 reaches all-time high
Haiti is falling apart and there is no safety net – the perverse reality is that gangs have filled the gap
Beyond the ‘balloon watch’ gimmicks this is an extremely serious moment