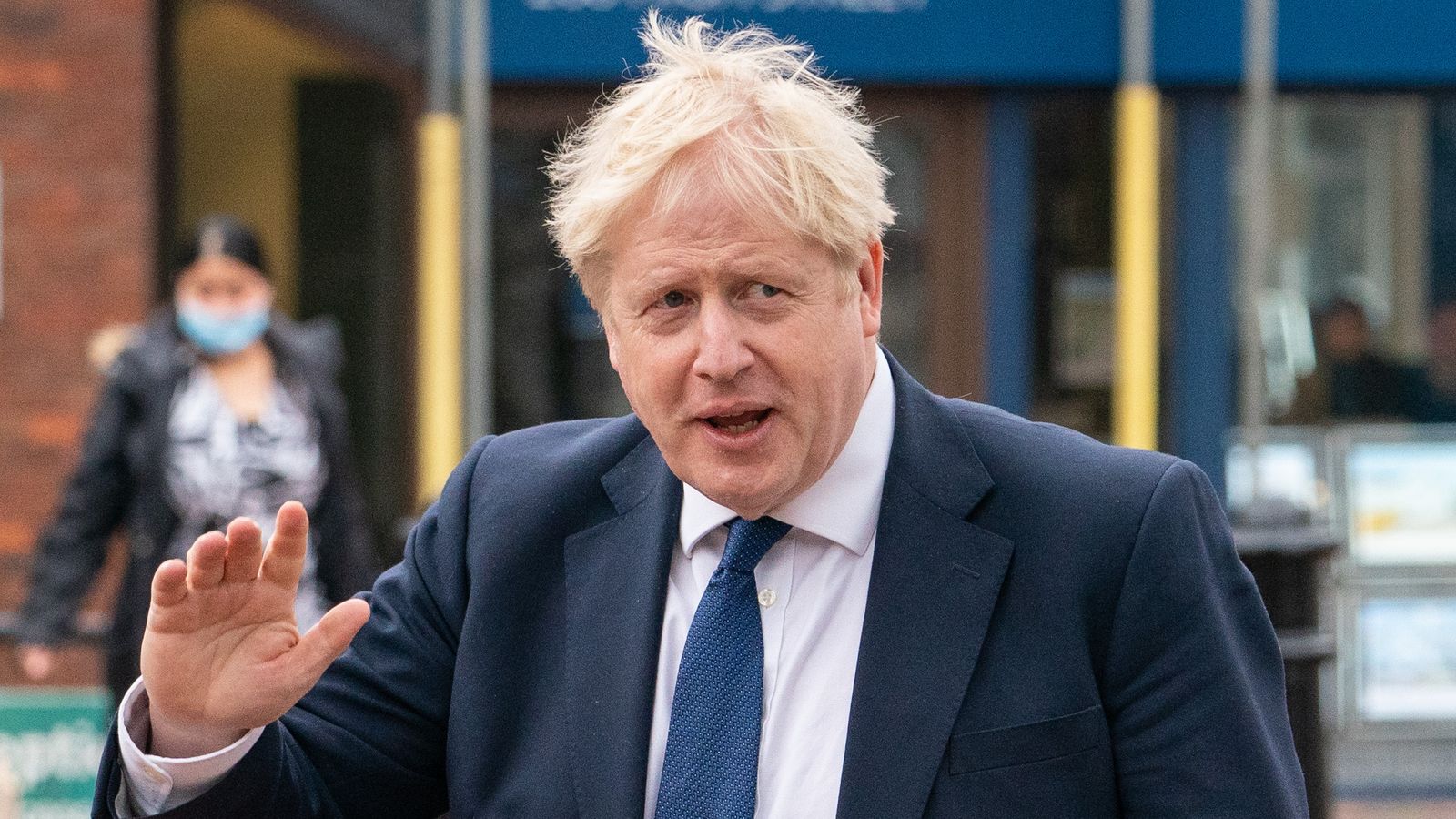 The education secretary has defended the prime minister as he said Boris Johnson did not know a Downing Street lockdown event was a party.

Nadhim Zahawi told Sky News’ Kay Burley: “It’s not true that the prime minister knew about this. He implicitly thought this was a work event.”

He said senior civil servant Sue Gray must be allowed to carry out her investigation into the May 2020 garden party at Number 10, and several others in Westminster.

What parties are alleged to have taken place in Westminster during lockdown?


The education secretary confirmed Mr Johnson has been questioned by Ms Gray, saying he had “submitted himself to that investigation”, which is expected to finish next week.

He added that the PM wishes he could “turn back the clock” and, having lost an uncle to COVID, Mr Zahawi said he shares the public’s anger.

“I can absolutely say to you that the prime minister feels the pain,” he said.

“All I would say is we have to allow the investigation to take place. Why? Because that’s the fair thing to do – you don’t condemn a man without a thorough investigation.”

Mr Zahawi also said he hopes Sir Keir Starmer apologises after a photo re-emerged over the weekend of the Labour leader drinking a beer with colleagues at a constituency office in spring 2021, when indoor mixing was not allowed apart from at work.

The prime minister is facing fresh claims he attended a leaving event for his defence adviser Captain Steve Higham just before Christmas in 2020, when London was under strict COVID restrictions. Mr Johnson is reported to have given a speech.

It is not known if that event will be included in Ms Gray’s investigation.

There have also been reports suggesting Mr Johnson could overhaul his top team in the wake of the allegations, including sacking principal private secretary Martin Reynolds, who emailed staff inviting them to the May 2020 garden party.

Anger and upset among Tory MPs appears to be growing, with Tim Loughton becoming the sixth backbencher to publicly demand the prime minister resigns over the “terminal damage” the revelations have done to his reputation.

Party insiders have estimated about 20 Conservative MPs have submitted letters of no confidence in Boris Johnson to the 1922 Committee of Tory backbench MPs, the Daily Telegraph reported.

A formal vote of no confidence would take place if 54 letters were submitted.

A vital EV battery nickel product will be made in the US for the first time
Beyond the ‘balloon watch’ gimmicks this is an extremely serious moment
Chinese Tesla rival Xpeng launches flagship EVs in Europe in international push
Bill Gates says Elon Musk’s ambition to colonize Mars is not a good use of money
‘It’s been a journey’: The Brown twins’ long road toward NFL dreams