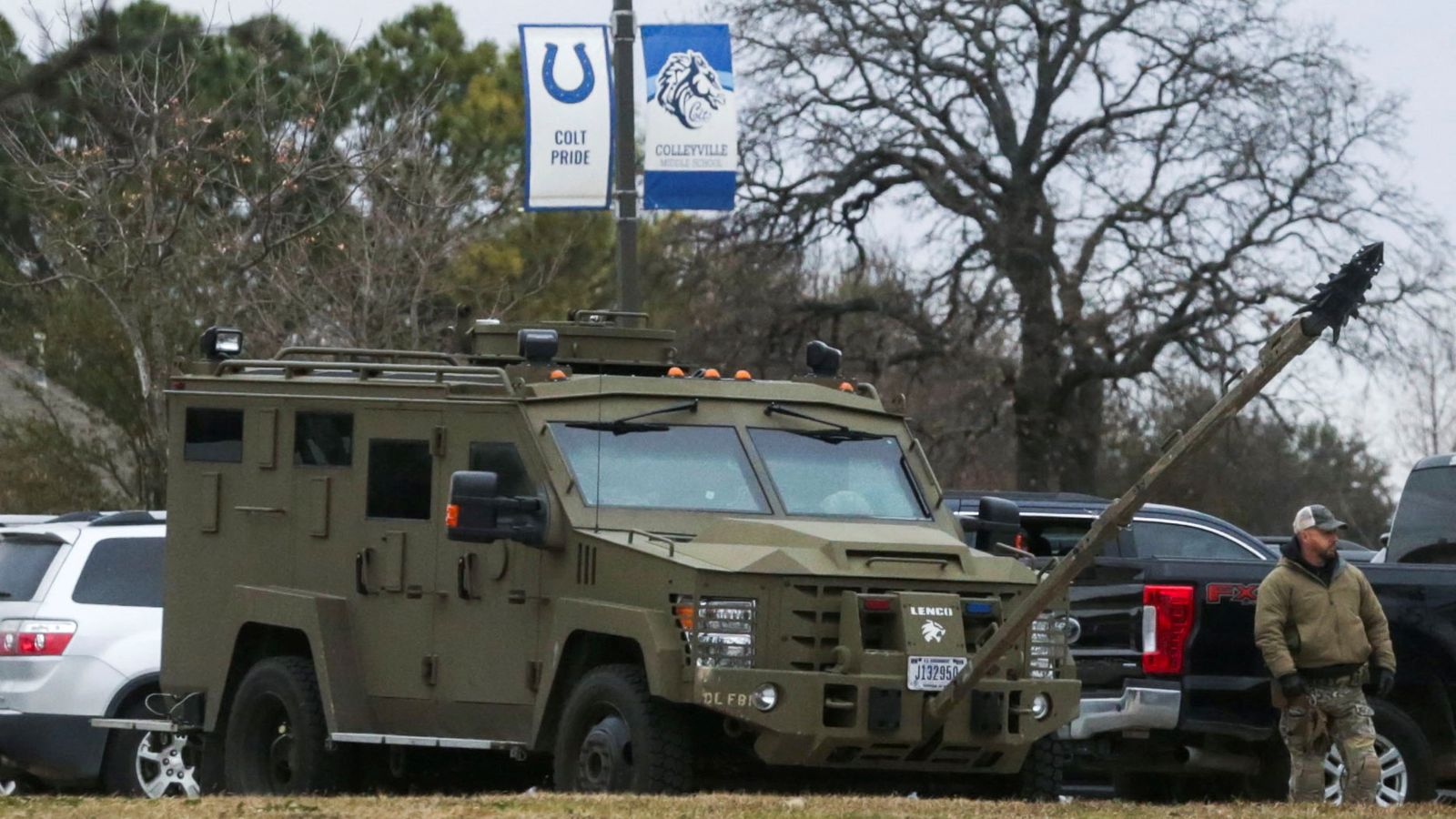 The British man who was shot dead after taking four people hostage at a Texas synagogue has been named by the FBI as Malik Faisal Akram.

Sky News understands the 44-year-old from Blackburn was not living in the United States but had recently travelled there.

Akram’s family say they are “devastated” by his death, adding that they “do not condone any of his actions and would like to sincerely apologize wholeheartedly to all the victims involved in the unfortunate incident”.

In a statement, Akram’s brother Gulbar said family members spent hours “liasing with Faisal” during the siege, and that although he was “suffering from mental health issues we were confident that he would not harm the hostages”.

“There was nothing we could have said to him or done that would have convinced him to surrender,” Gulbar said.

The Metropolitan Police’s counter-terrorism unit is “liaising with US authorities and colleagues from the FBI”, which has said there is no indication there were any other individuals involved in the attack.

Akram took four people hostage, including a rabbi, inside the Congregation Beth Israel synagogue in Colleyville at around 11am local time on Saturday.

One was freed after six hours before an FBI SWAT team entered the building at around 9pm, shot the attacker dead and released the other three unharmed.

The first part of the siege was captured on a Facebook livestream of the morning shabbat, which was cut off at around 2pm.

On it the hostage-taker was heard demanding the release of Aafia Siddiqui, a Pakistani neuroscientist suspected of having ties to al Qaeda, who was convicted of trying to kill US military officers while in custody in Afghanistan.

He said he wanted to speak to Siddiqui, who is being held at FMC Carswell in Fort Worth, Texas, following her conviction in 2010.

Witnesses claim he referred to her as his sister, but John Floyd, of the Council on American-Islamic Relations, said Siddiqui’s brother was not involved.

“This assailant has nothing to do with Dr Aafia, her family, or the global campaign to get justice for Dr Aafia,” he said.

“We want the assailant to know that his actions are wicked and directly undermine those of us who are seeking justice for Dr Aafia.”

Nearby resident Victoria Francis told the Associated Press she tuned into the stream before the feed was turned off and heard a man say “I’m the guy with a bomb” and “if you make a mistake this is all on you”.

Video from Dallas TV Station WFAA also showed a number of people running out of the door of the synagogue and a man holding a gun.

A rabbi in New York City is reported to have received a call from the rabbi held hostage in Texas demanding Siddiqui’s release, according to officials, who are now interviewing him.

The motive for the attack on the synagogue, which is around 30 miles from Dallas, is still unclear, and authorities are still trying to establish any relationship between Akram and Siddiqui.

US President Joe Biden was briefed on the incident as it unfolded and has described it as an “act of terror”.

He suggested the attacker was able to get a gun from off the street and that the siege represented a “failure to focus as hard as we should on gun sales”.

My thoughts are with the Jewish community and all those affected by the appalling act in Texas. We condemn this act of terrorism and anti-semitism.

We stand with US in defending the rights and freedoms of our citizens against those who spread hate. 🇬🇧 🇺🇸 👇 https://t.co/36Eb8lRQTV

Foreign Secretary Liz Truss tweeted to say the UK “condemns this act of terrorism and anti-Semitism”, while UK ambassador to the US Karen Pierce said she was “deeply concerned by the news from Texas”.

“The UK & US stand shoulder to shoulder in defiance of terrorism and in defence of the fundamental rights and freedoms of our citizens,” she wrote.