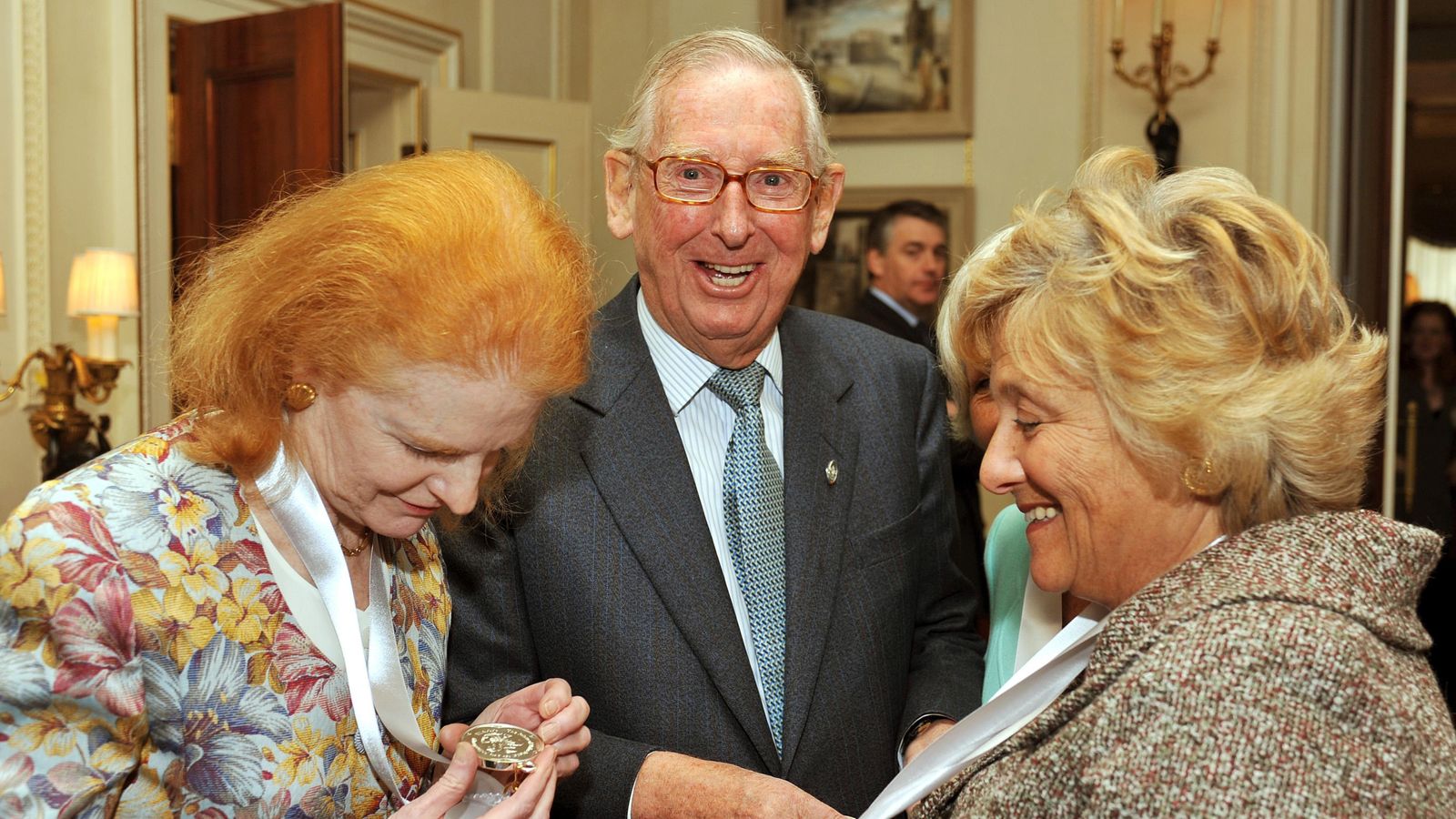 Lord John Sainsbury of Preston Candover – the former chairman of the supermarket chain – has died aged 94.

The supermarket’s current chairman and chief executive announced the death of the Baron on Friday evening, saying he had lived a “remarkable life”.

Martin Scicluna said: “We are all deeply saddened to learn of the death of our Life President, Lord Sainsbury of Preston Candover. He was 94 and lived a remarkable life.

“During his 40-year career with the company, Lord Sainsbury led the business through a period of great change and had a major impact on retail in the UK in the 20th century.”

Lord Sainsbury began working in his family’s business in 1950, initially taking on a role in the grocery department before becoming a director in 1958, followed by deputy chairman in 1967 – a role which he took over from his father.

In 1969, he was appointed chairman and chief executive which he held until his retirement in 1992.

He also sat in the House of Lords as a member of the Conservative Party.

‘One of the great retailers of his time’

In a statement Mr Scicluna said: “Under his stewardship we modernised our stores, developed our food ranges and floated Sainsbury’s on the London Stock Exchange in what was, at the time, the UK’s largest-ever initial public offering.

“He was knighted by Her Majesty the Queen in 1980 for services to the food retailing industry, made a life peer in 1989 and in 1992 was appointed as one of only 24 Knights of the Garter.

“In recent years, he hosted a visit by Her Majesty the Queen to celebrate the 150th anniversary of our business. He will be greatly missed by the Board and all his friends and colleagues at Sainsbury’s.

“We send our condolences to Lord Sainsbury’s wife Lady Sainsbury and the rest of the Sainsbury family.”

His values ‘will remain alive at the heart of our business’

Simon Roberts, chief executive officer of Sainsbury’s, said Lord Sainsbury was a shopkeeper “to his core”.

He said: “Lord Sainsbury was a shopkeeper to his core and one of the great retailers of his time. He was ambitious for the company and led Sainsbury’s through an unprecedented period of growth; he was a truly inspirational man.

“While he will be missed by many, his huge contribution to Sainsbury’s and the values he cared about and believed in so much will remain alive at the heart of our business.”